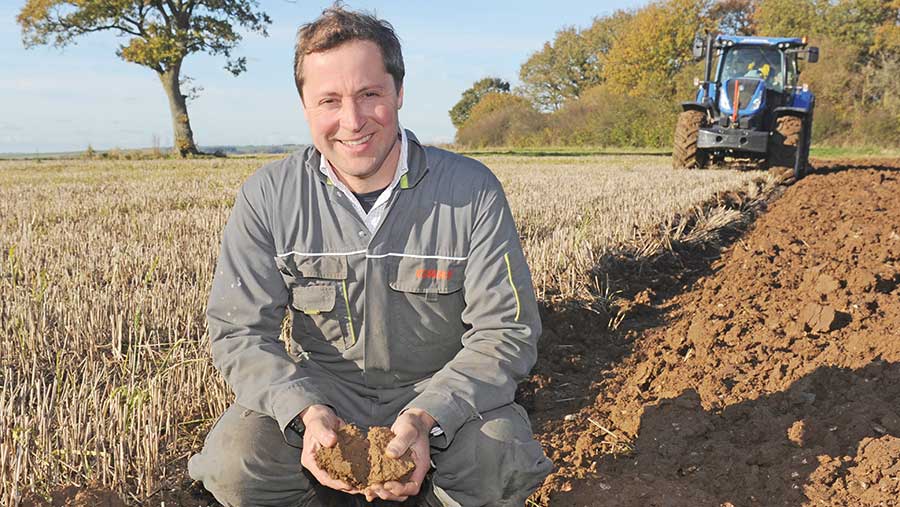 Harvest is done for another season and the combine is safely parked away.

We were fortunate to dodge the worst of the summer storms, and despite some field losses of spring barley, the end of harvest went smoothly enough.

Spring beans were a pleasing finale, with an overall average of 4.3t/ha; they can be a low-cost break crop and thrive on our greensand.

The plan to drill oilseed rape ultra-early (mostly in the first week of August) has also paid off, and crops have grown away vigorously this time.

Drilling after winter barley in the rotation was pivotal to enable this early drilling and capture subsequent rainfall events which kick-started germination.

Maize harvest is the next key task and this should be finished by the time you read this.

Last month, Minette Batters called for a “horticultural revolution” in the UK as part of a reboot of national food security. What is not to like about this ambition?

We currently only produce about 18% of the fruit consumed, while for both vegetables and potatoes, self-sufficiency has dropped 16% in the past 20 years.

Clearly we will never competitively grow exotic crops such as bananas or avocados, but much of the UK is well suited to orchards and vegetable production. Such enterprises could bring valuable diversity to farm income streams. What would be needed to jump-start this worthy goal?

Firstly, there is an obvious knowledge gap for the majority of farmers. Regional introductory courses will be a must to explore appropriate local solutions.

Secondly, local farmer collaborations will be vital. Specialist machinery and storage facilities investment costs can then be shared out by several parties.

Having experienced the clear benefits of working collectively within a farm cluster group to enhance biodiversity, it would be an obvious step to collaborate in a similar fashion for the growing of new, high-value crops.

But thirdly and, most importantly, the UK government needs to back this initiative instead of having a total preoccupation with public goods.

I was pleased to see talk of a scheme running parallel to the Environmental Land Management scheme called the “sustainable farming initiative”, which I hope will stimulate more horticultural production. More domestically produced fruit and veg would not only improve the nation’s health, but also farming’s bottom lines.