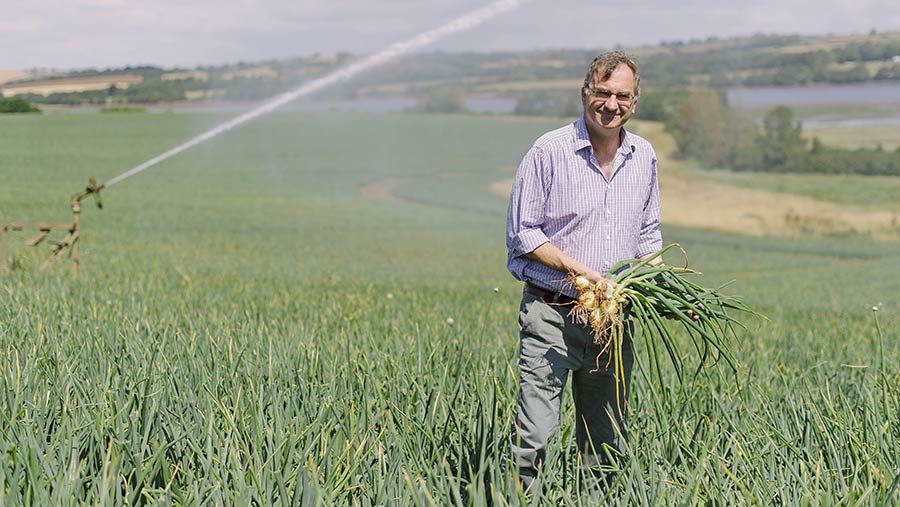 As I write this I am starting to feel rather twitchy as it has all gone wet very suddenly.

The combinable crop harvest was finished up in good order and the oilseed rape all went in well on time.

However, lately the weather has changed, just as I am looking at some large areas of potatoes to dig and cereals to drill.

In many ways it has been the story of this year, with long dry spells followed by a deluge of rain. Is it global warming or just the way the world and nature works?

I’m not sure that I am qualified to comment, but either way it’s a frustrating challenge which just goes to show that we are not really in charge, despite what we might like to think.

We managed to get our onion crop safely stored before the weather broke. Both quality and yield look pretty acceptable this year.

It is quite a turnaround on last season where the yield was dire. In that respect we were in the same boat as most onion growers.

The effects of the last season were felt by our vegetable processing business right through until August this year. It is therefore pleasing to be able to look at a store full of bright bold onions.

My team have had to work at it, though, as the onions have required five 25mm applications of water through the irrigation system.

If anything, it demonstrates the conundrum we are up against: when I want water I need to pump it; when I don’t want it we get washed out.

Given our dependence on water at the right time, we have, this autumn, embarked on a programme to clean out and reinvigorate our irrigation system.

We are currently cleaning out one reservoir to remove 25 years’ build-up of silt and weed growth in order to set it up, hopefully, for another 25 years.

I plan to carry out further improvements on the other reservoirs over the next few years as we seem to be becoming more dependent on them.

What we do about rainfall at the wrong time is a different question!