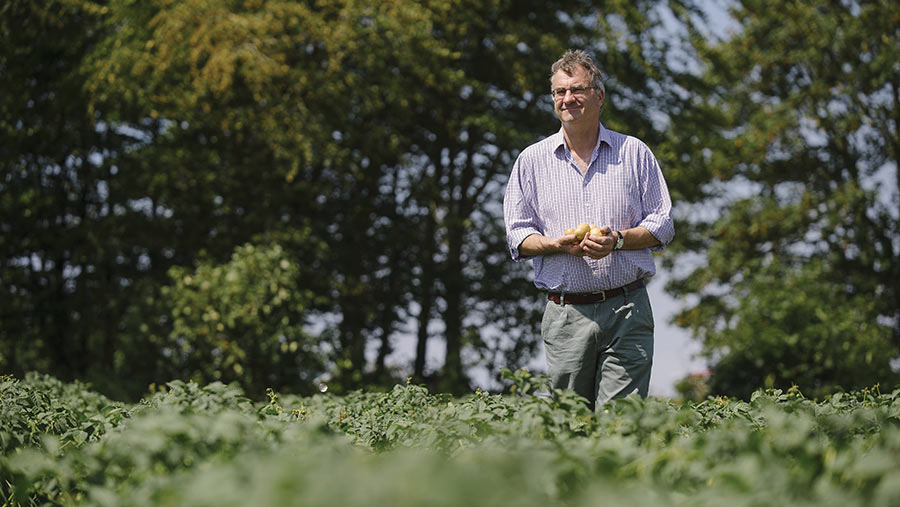 We are busy planting autumn cereals, although perhaps a little behind where I would want to be. The delay has been weather-induced, something I consider to be nature’s intervention to stop me spraying too much aphicide around the place.

I was getting slightly fed up a couple of weeks ago from hearing: “It was this time last year that the weather turned.” I preferred to remain much more positive on the basis that there is plenty of time yet.

Our location here in south-east Cornwall, combined with some fairly forgiving land, gives us a long window for autumn establishment. We have to start at some point, but the earliest established crops are not always the best yielders.

I did briefly think that it might be preferable to be like some and only have autumn drilling to contend with at this time of the year – rather than having to juggle it with escapee sheep, daffodil bulb planting, potato and onion harvesting – but I soon decided life would be far too boring.

I changed our potato harvester late last season. It was planned to be changed this season anyway, but we tried a demo machine in some fairly testing conditions and found that the results were impressive and consequently kept it to finish off the season.

This season has really given us the opportunity to put it through its paces in more typical conditions and we are pleased.

Output is up and labour requirements are down as it achieves a clean enough sample, without anyone on the back.

I didn’t go for the market-leading brand as it was more than I wanted to pay.

However, it looks as though it will achieve what I set out to do, by upping productivity and reducing direct costs through the investment of capital. Time will tell if my payback targets will be achieved as well.

I am tempted to comment on the Agriculture Bill and the debate around food standards, but the key points have been made. All that I would add is that I don’t want to be seen as just protectionist.

Surely the government is capable of more joined-up thinking over what it wants from food production and the countryside?