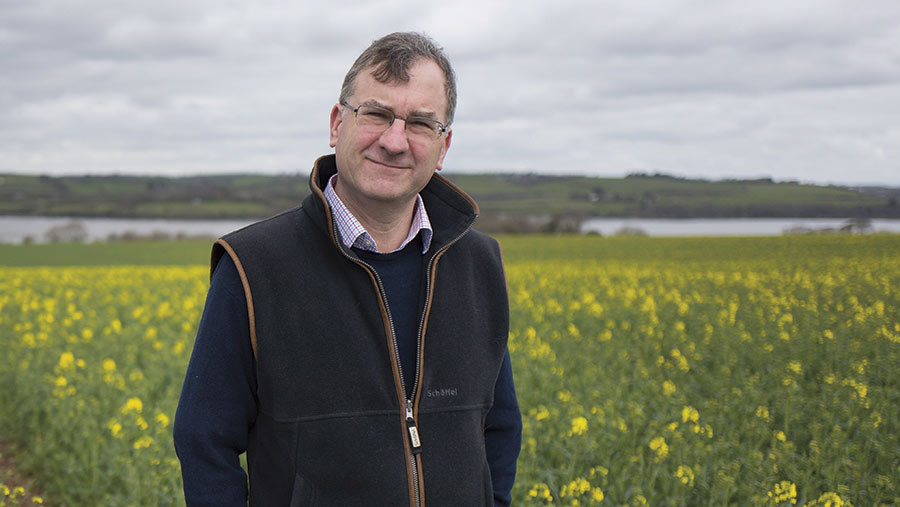 We are in the somewhat unusual situation of being caught up with the fieldwork. By that I don’t mean we are normally behind with our application timings, rather that we are all drilled up.

Most years there is a late-lifted potato field or two where we are waiting for a weather window that can often take a large part of the winter to find.

However, this autumn – thanks to the wonderful benign conditions here in Cornwall – as one crop came out of the ground, the next one went back in.

We have been experiencing some slug pressure, particularly in fields following oilseed rape, which necessitated getting the quad bike and pellet spreader out.

Hopefully, the forecast spell of colder weather will materialise, as that will assist control considerably. The only other significant problem has been leatherjackets, which completely obliterated 8ha of established oilseed rape.

The field in question had been used as pasture in recent times, but a couple of other fields were also thinned out. With no chemical control available to me, the damage was done.

The only option was to replace the first field with winter oats so I can at least have some sort of break crop. The other fields probably have sufficient plant numbers, provided I can keep the pigeons off later.

While we are on top of the outside work, there are plenty of other jobs to be done, with potatoes to grade out of the ambient stores, swedes to harvest and onions to top, tail and deliver to the processing site.

I also have a list of maintenance jobs and general improvements that I want to make while there is an opportunity.

Finally, as this is my last piece for 2016, I have often wondered where, or indeed when, this column is read. Recently, two longstanding members of our local Young Farmers Club got married.

In order to calm the nerves of the bridegroom, his brother gave him a copy of the Farmers Weekly to read while he was awaiting the arrival of his bride in the church.

He told me afterwards that he was busy reading my previous contribution as she arrived. Now that’s something special!