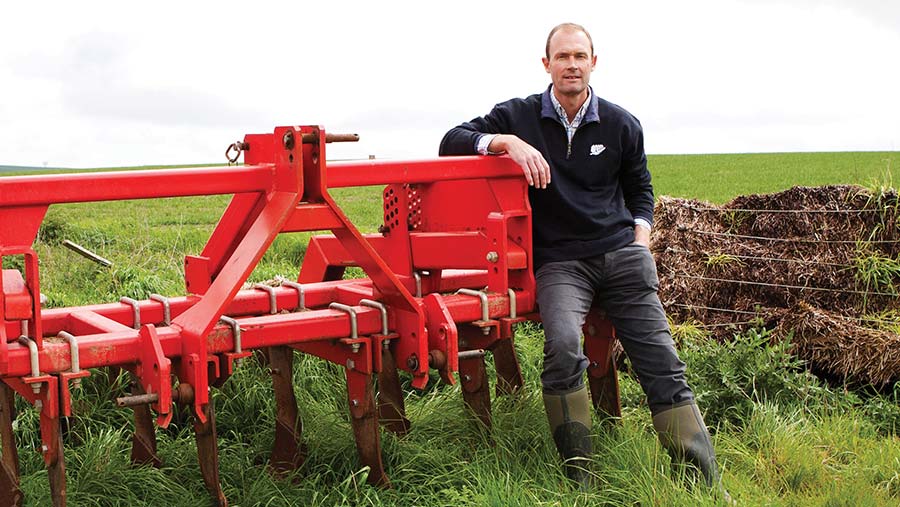 “My name is Andrew, and I’m an early driller” wrote a Kent farmer friend recently in a parody of an Alcoholics Anonymous meeting. So should I be pleased or embarrassed to report that I have finished drilling?

To be honest, after last year, I am pleased. After all, I can always give up early drilling next year… can’t I?

The earliest planted varieties were barley yellow dwarf virus tolerant so that’s something.

However, with the drilling rush and the subsequent déjà vu breakdown in the weather, pre-emergence spray opportunities have been few and far between and we’re in danger of missing the peri-emergence stage as well in some fields.

Having more than 30% spring cropping has helped no end with the grassweeds, but we’re down to about 20% this year.

Although spring crops are great agronomically, with spring droughts becoming more common, they are now more risky to grow.

Added to this, in the Syngenta conservation agriculture trials we have on the farm, the direct-drilled winter wheat has so far yielded the same or more compared to that with tillage.

The spring crops, however, have been more variable, although overall operation savings have made up for any yield loss.

An alternative to spring and break crops, we are using is a little herbal ley, which includes the likes of chicory and sainfoin with the clovers and grasses, and indeed this has proved more resilient in the droughts.

However, one practical problem I have always experienced during farming is getting temporary grass fields back from the livestock enterprise.

I’d like to spray them off in early summer, well in advance of drilling and avoid planting wheat seeds into a thick thatch of decaying matter.

But, of course, this is just the time when grass is running short in this dry part of the country and tricky discussions ensue.