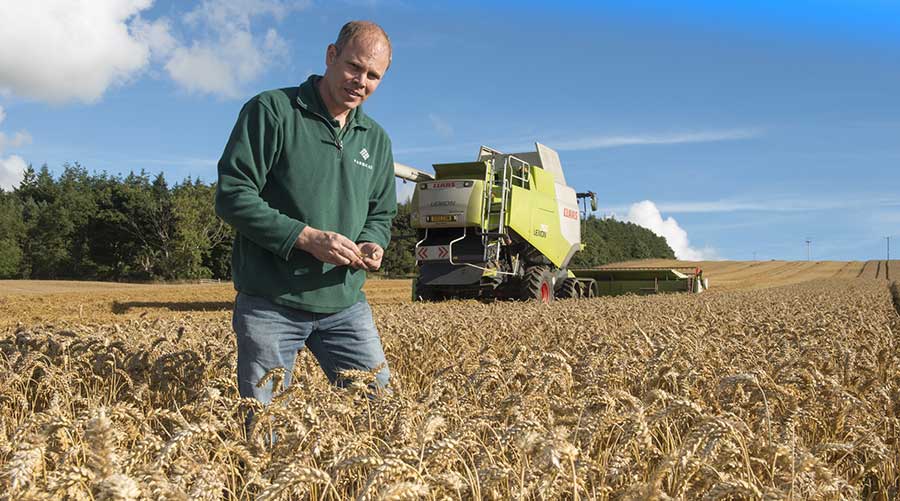 The harvest weather has finally improved, with the unsettled weather of the first three weeks of August giving way to something more like summer.

Unlike last year when our yields were compromised by drought, this year has been an almost perfect growing season, with winter and spring crops drilled in good time, into warm dry seed-beds and crucially, not being affected by a spell of excess rainfall at any time.

This has resulted in exceptional yields of both grain and straw, which will go some way to making up for the rapidly falling grain price.

See also: How to get the most from Avadex this autumn

Fortunately, the new combine, with its automation of both throughput and threshing, is working well and giving a decent increase in output over the old machine.

It’s nice to finally get some technology that delivers what is promised without any aggravation.

As we approach the end of August, we are just over halfway through the harvest, well ahead of an average season this far north.

Now we just need the weather to stay reasonable to get the rest of the spring barley and the wheat cut.

Due to the wet conditions during most of August, I have reverted to the plough to provide a dry seed-bed for oilseed rape establishment, with only the last field to be done with the subsoiler and discs now that conditions have improved.

Having been let down last year with a subsoiler drill demo, I made sure that I spoke to both dealer and manufacturer early this year, but despite promises that one would be available, there has been no sign of a machine.

The machinery trade must still be a bit more buoyant than they make out if they can afford to ignore potential sales.

My faith in the impartiality of the BBC has been dented by its coverage of the recent climate change report and how UK agriculture and in particular grazed livestock fit in.

It was particularly biased and now makes me question how it portrays other subjects of which I don’t have background knowledge.

I note that the Scottish levy body QMS has launched a PR campaign in the press and on radio promoting our livestock, which is fantastic, but I think it also needs to put out some positive stories on the environmental side as well.