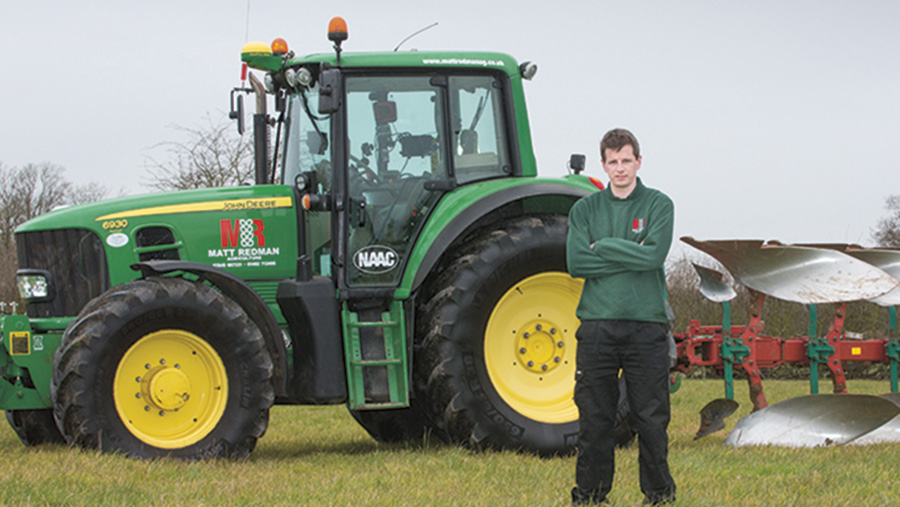 In some ways it has been an easy autumn here.

Very low rainfall has meant field work could be undertaken almost every day, helping with planning and allowing machines to comfortably carry out the required workload.

It has been a fantastic autumn for no-till drilling, the dry conditions at harvest minimised soil damage from harvest traffic, and the continued dry conditions meant that autumn drilling was also fairly easy.

Wheat that has been established using no-till has so far emerged better and much more evenly than that behind cultivator drills, I think primarily due to minimal soil movement and moisture loss.

Having said that, the John Deere 750a has also performed equally well in cultivated seed-beds, both ploughed and min-tilled, that were worked and consolidated immediately behind the combine.

These were then left for a number of weeks to try to get blackgrass to chit before no-till drilling into them to avoid bringing more seed to the surface.

Blackgrass control has been a challenge as usual – delayed drilling has been a case of how brave you are, as things were still fairly desert-like at the usual end of October time slot, and minimal blackgrass had germinated in stale seed-beds.

So far November seems to be the new October.

I’m expecting some 4m wide strips of blackgrass in a couple of no-till drilled wheat fields where we have powerharrowed some tramlines to level them off.

The fields on the whole are pretty clean, but where the ground has been moved there is definitely more blackgrass emerging in the crop.

Time will tell if this is just earlier emergence compared with the rest of the field or whether it’s poorer control due to soil movement and increased plant numbers.

The focus for the next few weeks will be getting caught up with hedgecutting and winter ploughing.

We can then retire to the workshop for a few winter projects and, with no oilseed rape and no pigeons to chase, have some well-deserved time off.