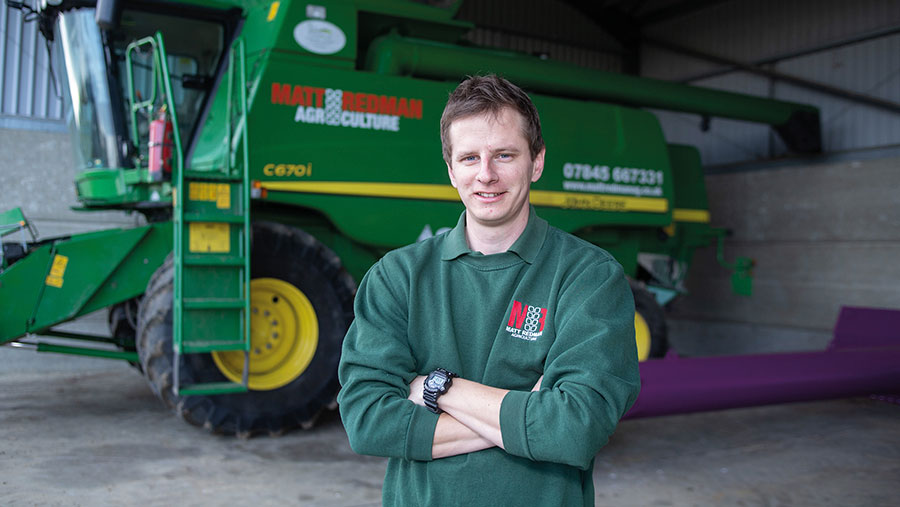 It’s been a strange harvest so far, and one that has required a lot of patience keeping the combine parked up when it is over 30C, either because crops aren’t quite fit, or too dry.

After months of everyone saying it would be a late harvest, many around here have already been finished a week, with those that haven’t not being too far off. Hopefully, the good run of harvest weather continues for those of you elsewhere who have barely started yet.

Rightly or wrongly, I’ve taken the decision to have a go at oilseed rape again this year, but with a slight difference that might help it, or at least mean it wasn’t a wasted effort. Rather than drilling it, we have broadcast it into a standing crop a few weeks before combining, along with some phacelia, buckwheat and berseem clover.

Hopefully, it gives it a few extra weeks to get established out of sight. It will receive zero slug pellets and insecticide, and if the OSR part looks good come October it will stay, if not it will be direct drilled with the original planned winter or spring bean crop.

Wheat that has been cut so far has been variable, the same varieties on the same soil type and drilled at a similar time in October (in less than ideal conditions) have performed very differently after different cultivations – yields from land worked deep in good conditions haven’t been great, whereas those from land worked very shallow have been significantly better.

I’ve added a deeper front tine to the Dale drill this year to allow the drill to work a little deeper than the seed, hopefully enabling me to drop out the shallow cultivation pass and make the final jump to direct drilling after a couple of years transitioning.

It is early days, but there are currently local plans to move a water treatment works from its current location to a new location, possibly nearer to the farm. As a result, a number of walking surveys have to be carried out on the local environment surrounding the possible sites.

I had a call from a surveyor who came to look at some hedges, and then a week later they returned, but were adamant they hadn’t been here before – only to turn around five minutes later after realising they had been here the previous week. This doesn’t fill me with confidence that the survey will be carried out well, or any findings recorded on the right map location.