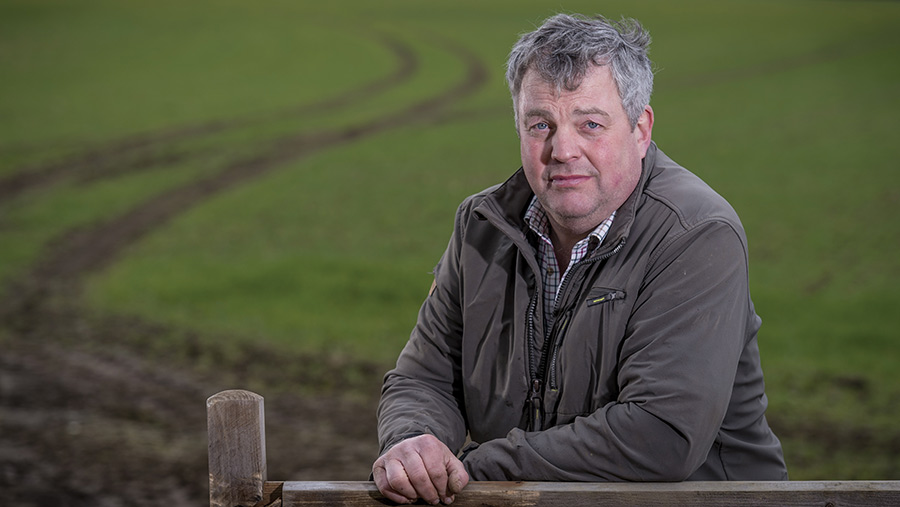 Having just inspected all our crops, I’m pleasantly surprised by plant counts and crop development, although our winter barley is showing signs of manganese deficiencies in places.

A bigger surprise was just how well the residual herbicides appear to have worked, a bit like times of old when BASF’s Crystal (PDM/flufenacet) first appeared  — just one application sorted the lot.

A mix of Kerb (propyzamide) and prothioconazole/tebuconazole was applied to the oilseed rape in really good conditions combined with the low temperatures, to provide excellent cover through to the spring.

An AHDB survey revealed a large increase in winter cereals area, which was no surprise.

The OSR area has decreased again, which I thought was a bit ironic, as I haven’t actually seen a poor crop yet. Let’s hope the forward value keeps on climbing for the 2021 harvest.

Wheat prices have held up really well through December, but just what is a good price for 2021 is anyone’s guess.

Then again, by the time this is printed we may actually know what our future may look like?

The forage maize analysis has once again shown the value of waiting for the crop to ripen, trying though this may be at times.

Harvested in really good conditions, this year’s crop should provide a high-energy, palatable, good-value, dry feed to include in the total mixed ration cattle feed.

This should see us through winter and hopefully most of spring.

Credit where credit’s due: the RPA has done a brilliant job of getting the majority of Basic Payment Scheme claims paid. It’s just typical that the government finally got this sorted just as the system is about to change.

Ordinarily, you couldn’t make it up — except that something similar has happened every time we’ve ever had a change of system.

Having recently had a flu vaccination for the first time, I was bowled over by the highly organised and almost military procedure that our local GP surgery had put in place.

Following on from the vaccine announcements from the world’s scientific communities and the arrival of supplies, I could only think that, if this was a trial run for the big jab, all is well here in Ryedale.