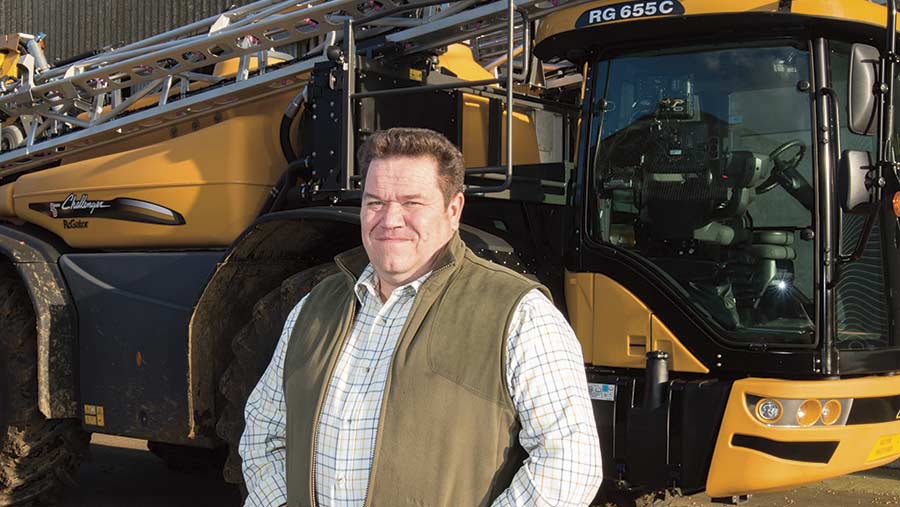 At the risk of sounding like a stuck record, the farm is as wet today as it was back in November and still not an acre drilled.

I’ve re-planned the cropping plan about a dozen times and, finally, I think we are left with one option, spring barley, spring beans and a considerable amount of fallow.

The window for drilling some skyfall winter wheat has all but gone, which was my final hope for a winter crop.

Monday 10 February will be a day I remember, I woke to 50mph winds, shortly followed by torrential rain.

Rain soon turned to snow and deposited 7.5cm within the hour, causing chaos on the hill outside the farm entrance.

Finally, around 3pm we had an hour of blue skies and brilliant sunshine, and the snow melted as fast as it came. It all felt a little bizarre.

Whilst being mindful of not turning this into a political rant, I was pleased to see George Eustice appointed Defra secretary in the recent government reshuffle.

At last a minister with some farming knowledge, although with the current weather and flooding, I suspect there will be little time for agriculture in his immediate work schedule.

With this in mind, and being advised that Mr Eustice reads Farmers Weekly, I’d like to offer my two cents: “You can’t fit a pint in a half pint pot.”

Quite simply, the rivers of Britain need dredging, all other measures are simply expensive or ineffective.

Until they are dredged, we will continue to see vast areas of farmland and residents of low-lying towns overwhelmed by flooding.

With every available opportunity, my team have been out with spades and drain rods trying to help with drainage.

It’s been a frustrating job as often land is reflooding almost on a weekly basis.

However, what has been interesting is land that was ploughed two years ago – which luckily is only a small area – isn’t draining nearly as well as land which had very shallow tillage and is in a controlled traffic system.

In difficult times it’s important to get as much positivity out of the situation as you can.