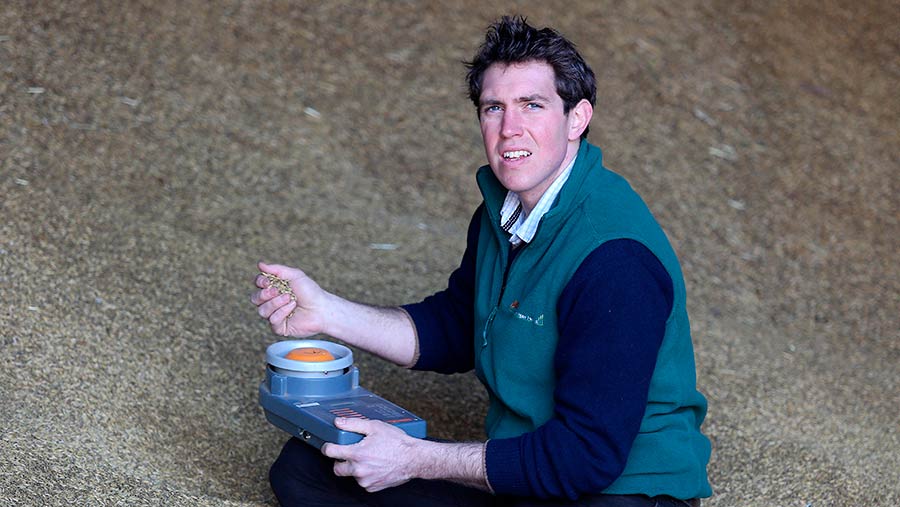 Harvest 2018 so far has been the most straightforward one I have experienced at Lower Hope.

Wheat harvest started in July and was finished by 10 August, which for this part of the country is unheard of.

The oilseed rape harvest was completed in the last few days of July, with pleasing results.

Campus was the mainstay of our varieties, once again doing the business by averaging 4.43t/ha, and has been selected for 2019.

A trial on one field of a late applied foliar urea-based product put 0.5t/ha on the average yield as well as resulting in a positive effect on the oil percentage.

After the OSR we moved straight into wheat. Despite being drilled last, the late-drilled Costello at lower altitude was ahead all season.

The first field was cut before a short rain delay and our spirits were lifted as it averaged 10t/ha with some incredible specific weights, hitting 82kg/hl on some trailer loads, and at 13% moisture.

The wheat was completed within the week with some good long days of combining. Graham and Costello have both done well. With 1,150t over the weigh bridge and an estimated 200t in the shed, I am hoping we are going to average 9.6t/ha – 1t/ha over our long-term average.

Our new ex-demo John Deere tractor has arrived just in time to be put straight to work drilling cover crops and then into drilling OSR.

Elsewhere the grass has finally started to grow again just in time for flushing and tupping the ewes. Over 1,300 fat lambs have now left the farm with a few more left to go in the store market in the autumn.