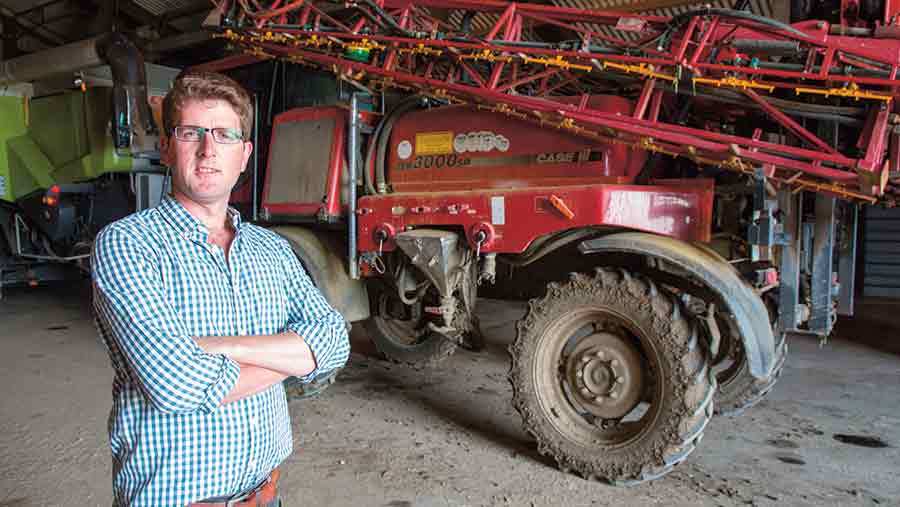 My patience finally broke – along with that of most of Lincolnshire’s arable farmers – at the end of October and the last fields of wheat were planted into what were surprisingly good conditions.

As the dry spell continued, I feared I had rushed sowing. However, one thing I have learned from direct drilling is the conditions after sowing are more important than those at sowing, so to have the wheat just emerging when the first real rain fell was perfect.

The curse of the long office-bound winter has already struck. The moment the engines on the farm fall silent I am straight into a spreadsheet to plan the next investment.

Perhaps all this could be prevented if I had some livestock, a hobby or a mistress. Whether any of these would cost me more money than investing in the farm will be answered on a spreadsheet.

I fear trying to qualify the cost of a mistress may be as difficult as trying to quantify the financial benefit of cover cropping.

Joking aside, I have applied for planning permission to build a machinery store and farm workshop.

The farm is equipped with mainly American machinery, which is designed to be periodically rebuilt, and I am fed up with scraping my knuckles in a grain store in the middle of winter, so a heated area will be a luxury.

Next on my Christmas list is a new truck, which turned into an arm wrestling match between a Ford Ranger and Toyota Hilux. A victory on points was awarded to the American.

Then, to ensure I have blown the annual investment allowance out the water, do I opt for an American combine?

Last year we cut 330ha of spring barley and winter wheat, which took the Claas Lexion 580 to the limit of what it could comfortably do while maintaining grain quality.

This year, due to a quirk in the rotation, that figure has risen to 400ha, so the options are a newer, larger combine, a contractor, to swap some spring barley for spring wheat or to hope for better weather. But bear in mind we might have used up our allocation of good weather for this season already.