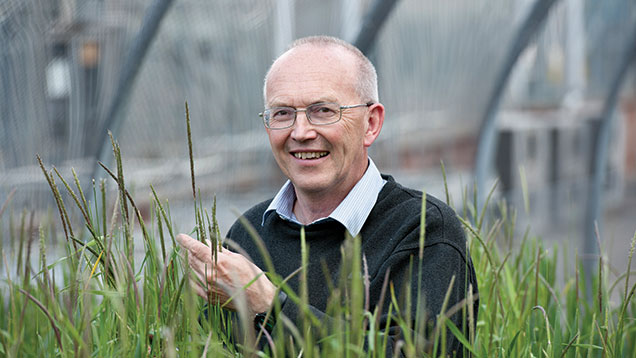 Growers suffering from bad blackgrass infestations will need two seasons to get on top of this troublesome weed, according to a scientist who has spent more than 40 years studying the grassweed.

In the third article of Farmers Weekly’s five-part series on sustainable arable farming systems, we interviewed Stephen Moss at Rothamsted Research for his tips on controlling a weed that can cut yields by up to 70%.

Dr Moss urged growers to look at delayed autumn drilling and spring cropping as key weapons in fighting the weed which is costing growers millions of pounds in lost yields.

Long runs of early-drilled autumn-sown crops are simply not sustainable on some farms as herbicide resistance has built up to this pernicious weed, he said.

The first two articles in this series looked at the three key problems with arable farming and also how yields jumped when a Norfolk estate widened its rotation.

With many growers spending more than £100/ha on blackgrass herbicides and many a good deal more, Dr Moss urged a rethink in controlling this weed.

As 80% of blackgrass germinates in the autumn, the weed is difficult to control in early-sown autumn crops so a move to later drilling in the autumn and also spring cropping will give growers a better chance to control the grassweed.

In the fourth part of our series (out in the 8 May issue of Farmers Weekly), we visit an East Anglian grower who has changed his rotation to keep blackgrass under control and improved his soil structure.