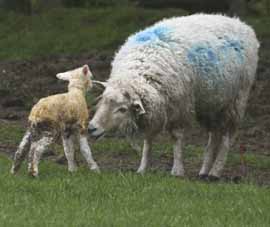 New Zealand’s farmers had relied on taxpayer subsidies for much of the last century, he said. “But for New Zealand, as for the rest of the world, taxpayer support was fiscally unsustainable.

“So in 1985, all farmer support was removed overnight. It was tough to survive, and some didn’t, but New Zealand agriculture came through better because of it.

“It has become more focused on production, its customers and their needs. I challenge you this week to find a New Zealand farmer who would want to be dependent on subsidies again,” he told delegates.

New Zealand was now responsible for one-third of the world’s dairy trade, despite producing just 2% of the global dairy output, and 50% of the trade in lamb meat, from only 5% of the world’s production, he said.

“Our future is marketing a premium product to the more discerning customer. That is why we argue strongly for fair trade access, and take seriously environmental sustainability, animal welfare, biosecurity and greenhouse gas emissions, as demanded by our international customers.”

What do you think? See what other are saying and give your opinion on our forums.