Investment in the latest technology for variable rate nitrogen application is expected to bring greater accuracy and additional flexibility to one Warwickshire farming business.

Farm manager Rob Fox’s recent decision to buy an Isaria crop sensor means that he will be able to use real-time measurements to variably apply fertiliser and other inputs, according to crop development.

He also plans to use it to monitor and record crop emergence and development stages, as well as patches of weed growth, building up data for comparison and treatment purposes.

With his main base at Squab Hall, near Leamington Spa, as well as two joint venture farms to oversee, covering a total of 720ha, the sensor’s ability to scan and create on-the-spot readings in any weather, regardless of cloud cover, should be very useful. 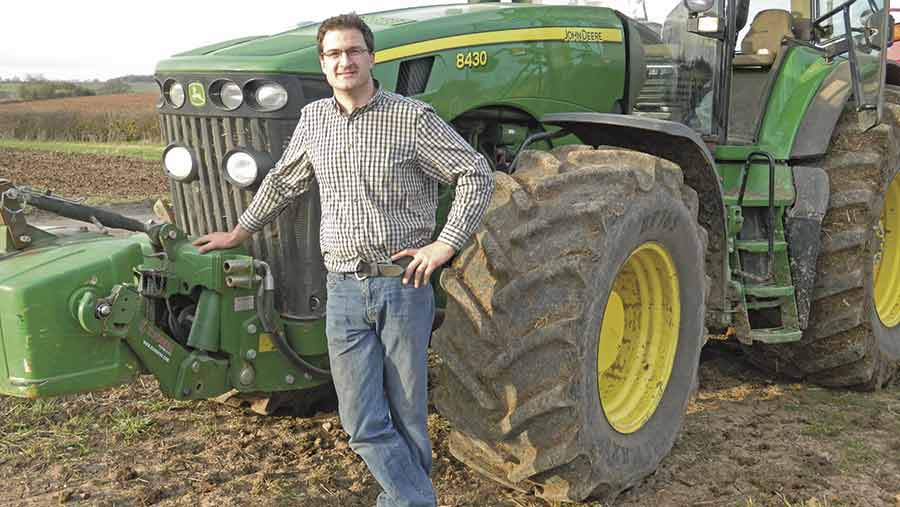 Also of interest to him is the fact that it can operate effectively at night-time, extending the farm’s working hours at busy times.

Although the equipment is new to the farm, the concept of variable rate application is not – as most of the nitrogen applications have been made in this way for the past five years.

Having had considerable success with a satellite-based variable application system, which averages the nitrogen rate for the whole field, Mr Fox opted to move on from that to a tractor-mounted sensor capable of taking real-time measurements.

“There’s no doubt that variable nitrogen is the way forward. Up until now, we’ve been subscribing to a system where we pay per hectare, which allowed us to do odd fields or parts of the farms,” he says.

“As we got into it and saw positive results, we rolled it out over more of the land,” Mr Fox adds.

However, he had noticed that some discrepancies were occurring – with interference causing problems with images produced from certain parcels of land.

“For whatever reason, there was some misinterpretation of information, with a few false readings being created,” he says.

As a result, having had the chance to try out the Isaria, he has purchased the tractor-mounted sensor. When working in absolute mode, it combines real-time measurements with historical field data, although he is not using it to make all the management decisions on fertiliser applications just yet.

“We scan a thick part of the crop, as well as a thin part, for reference and calibration. We then tell it how much nitrogen we want to apply, and it will vary the rate as we travel through the field, according to the crop’s potential,” Mr Fox adds.

He intends to use it in this way across all of the farm’s wheat, oilseed rape and spring barley. 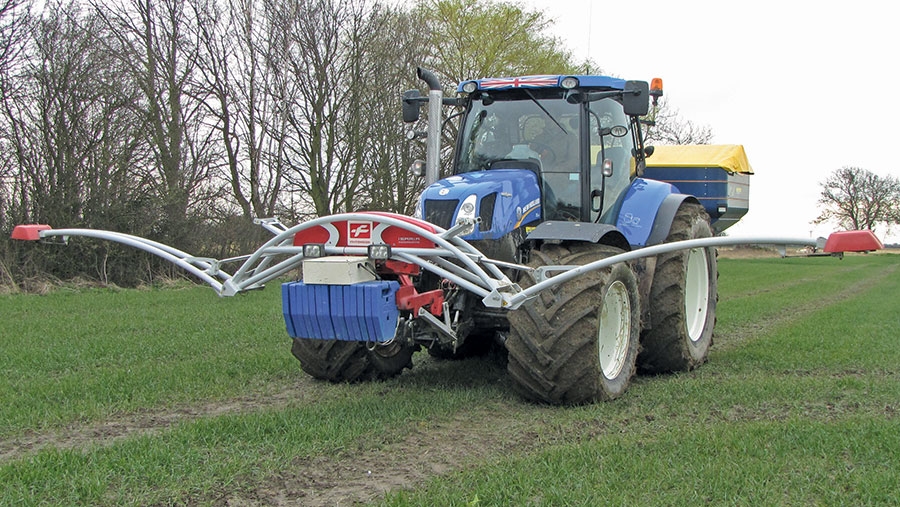 “Otherwise, another advantage is that it can detect the early stages of crop growth at the beginning of the season. So we can use it to map a newly emerged crop, building up a picture of what emergence has been like and where there are any problems,” he says.

Images can be imported into the farm’s Gatekeeper software, so after a few years of use he will be able to assess how forward or backward crops are compared to previous years.

“It also has the ability to map blackgrass. That means we will be able to identify where there are bad patches and then spot-treat them, rather than having to make blanket applications with herbicides. Grassweeds don’t tend to grow from hedge to hedge,” he says.

In the same way, he hopes to be able to vary fungicide and plant growth regulator rates, according to crop needs.

“Of course, the system is only as good as the information we put in. It is fairly straightforward, but there is a bit more thinking and involvement required from the operator,” he says.

It takes five minutes to mount the lightweight sensor onto the tractor, as it can be lifted by hand and has a bluetooth connection to power in the cab.

When unfolded for use, it is 6m wide, so he reminds operators to be aware of that when travelling through fields.

Mr Fox admits that there is a big up-front cost with the Isaria, having spent £17,500 to buy the sensor and adds, “We’re looking at a four- to five-year payback, compared to our previous system.”

He does not expect it to reduce his fertiliser bill, having deliberately increased the amount of nitrogen he is applying to wheat in order to raise yields.

“It should target our fertiliser inputs better and make us more efficient, rather than decrease their use,” he adds.

Developed in Germany, the Isaria crop sensor is a system that measures crop nitrogen uptake and ground cover as it moves through the field, before optimising the application rates of nitrogen fertiliser.

Rob Fox is in his third year of hosting the AHDB’s Leamington Spa Monitor Farm. A summer open day is planned for 7 June, 2017.