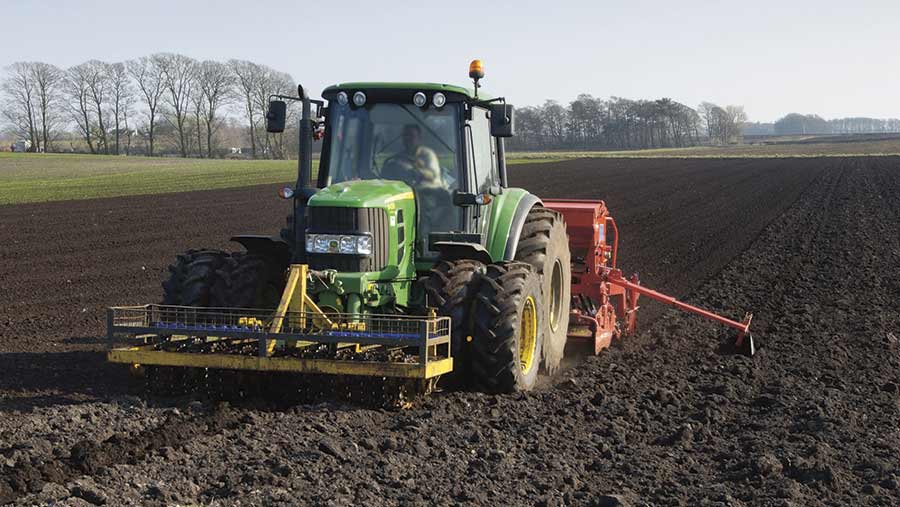 The high price of blackgrass means getting on top of herbicide-resistant blackgrass infestations is an essential part of managing costs, as well as streamlining machinery and labour costs.

While wheat prices in recent weeks have broken through the £140/t barrier, the weakening pound means input costs are rising and this will be the main challenge for farming businesses in 2017.

Ammonium nitrate is 11% up on January 2016 and buying group Anglia Farmers has predicted a further 9.5% increase in aginflation in the coming year.

Arable margins are already slim, with one recent university report highlighting that more than nine in 10 winter wheat growers failed to cover their production costs in the bumper season of 2015.

Four growers outline their cost-control approach for the year ahead, as well as their successes last season, at a BASF-organised roundtable discussion.

Spring wheat is a new addition to the rotation at Glebe Farm, as part of ongoing efforts to eradicate costly blackgrass. 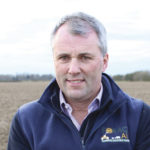 The move to spring cropping is a key part of Andrew Ward’s no-nonsence approach to blackgrass, which also includes hand-rouging and glyphosating off infested patches.

“Our aim is that we don’t harvest any blackgrass and last season was the third year that no heads went through the combine,” he says.

Spring barley has been the key spring crop, but a poor performance last year led to the decision to replace a portion with spring wheat.

Last summer, oilseed rape was down 0.6t/ha on the average and wheat was slightly down.

However, the biggest disappointment was spring barley, which he described as “nearly an embarrassment”.

There were storms in late June/early July with 47mm of rain falling in one five-hour period, with 50mph winds when it was in full ear – and the crop went down.

Mr Ward is switching to spring barley Irina, which is the top variety on the AHDB Recommended List in terms of lodging resistance with a rating of 8.

Spring wheat has been included for the first time this year and is being grown on category C fields (see panel) with the least blackgrass pressure, keeping the more competitive spring barley for the worst fields.

The other spring crop, beans, is not good for blackgrass control, so the pulse is not grown on dirty fields.

His approach is proving successful with only 0.8ha being sprayed off last year, because it was unrougable, which compares with 73ha in his first year.

More importantly, his strategy means he is now spending £137/ha tackling the weed, including pre-emergence herbicides, two glyphosates and the rouging team.

This is less than £180/ha he previously spent, for some the herbicide cost is nearer £200/ha. 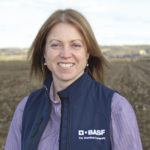 Lower numbers of blackgrass surviving the winter offers growers an opportunity to protect valuable ALS-inhibitor herbicides, while maintaining pressure on the weed.

“There is an opportunity for those farmers planning spring applications of Atlantis (iodosulfuron + mesosulfuron) and Unite (flupyrsulfuron + pyroxsulam) to cut back and use a residual with a different mode of action instead.”

Keep Atlantis in the shed and use something else that will do that job, such as residual pendimethalin.

However, she adds that it’s crucial to keep the pressure on the weed, because the cost of blackgrass is high.

“So there is a lot of money in blackgrass and it doesn’t pay to scrimp on pre-ems,” she concludes.

Streamlining machinery and labour is how Pat Thornton has managed to cut fixed costs on his 140ha farm near Doncaster.

His key challenge is that fixed costs are higher than benchmark values because of scale. Therefore, in a bid to reduce depreciation, he is keeping equipment for longer as well as using a neighbouring contractor for crop establishment. 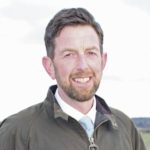 He points to one useful indicator of machinery capital as used in Australia, termed the Machinery Income Efficiency ratio.

“Effectively, it is your total machinery assets divided by farm output (four-year average) and is a useful guide on how much capital outlay your business is carrying.”

The most profitable farms tend to run, on average, a machinery income efficiency around 0.7. Those with the highest total debt levels tend to be around 1.1.

Moving to more spring cropping in a bid to tackle blackgrass has also helped reduce labour needs, by spreading the workload.

He introduced spring wheat two years ago, as it was proving prohibitive to grow second winter wheats because of the soaring cost of blackgrass control.

However, one issue with spring wheat has been the increased risk of ergot, due to the more open flowers on spring types.

To reduce risk, he has eliminated some ELS margins, because they acted as a reservoir of infection, and this spring he is trying a KWS variety to further reduce it.

Maximising crop yields remains an important part of cutting costs, as one Northumbria farmer found in 2016.

Jack Storey saw the indirect costs of blackgrass first hand, as the result of a delayed T0 fungicide spray.

He highlights three fields of JB Diego second wheat, two of which did not receive any autumn herbicides because of the weather. 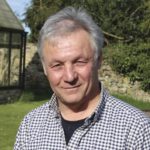 “We do have [resistant] blackgrass, but it is not severe,” he says.

So last spring, conditions meant that the Atlantis (iodosulfuron + mesosulfuron) spray was later than anticipated.

So in order to avoid any risk of scorch with other products in the tank mix, and on the advice of his agronomist, he went with Atlantis plus a holding spray of epoxiconazole.

Then come harvest, the two fields were 2t/ha down and the delayed T0 was the only variable.

Looking ahead, his aim is to raise yields, seeing local farmer Rod Smith as an inspiration. Mr Smith is the current wheat record holder and achieved 16.52t/ha.

“It illustrates what can be done in our area.” Mr Storey says.

“If we can get 12.5t/ha, the impact on the business would be to bring costs down to a sensible level and we can then make a surplus.”

What is ‘Costs Under Scrutiny’?

On the back of the increasing cost pressures in 2016, there was an increasing need to tackle cost while at the same time maximising yields.

One year on, four of the farmers met up last month to assess their cost-cutting success as well as how they are managing costs for the current season. Farmers Weekly had full editorial control of the report.