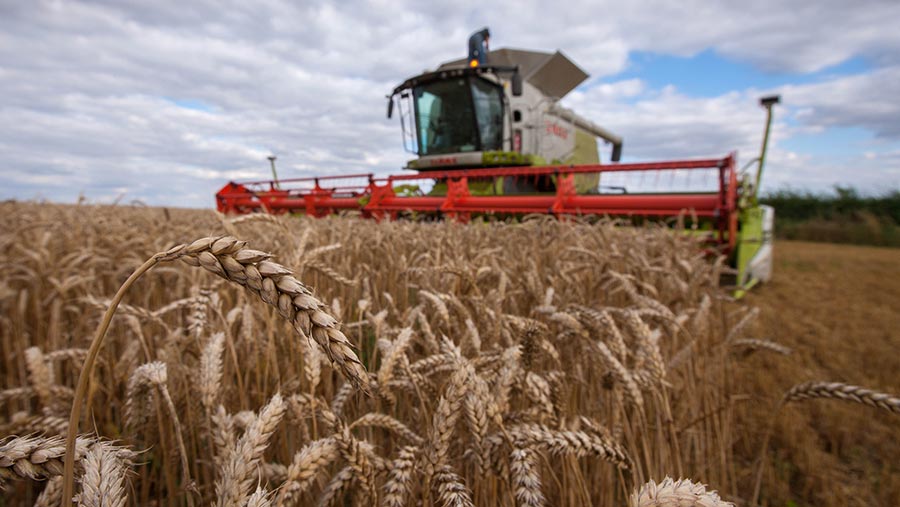 In the final installment of our four-part series looking at coping with lower levels of farm subsidies, David Jones talks to consultants Bidwells.

Arable growers will need to step up their efficiency to the level of pig and poultry producers to survive in a possible future with reduced direct farm subsidies.

More joint ventures, an expansion of contract farming deals and the tenanting out of land may be needed, without the safety net of £200/ha-plus direct subsidies.

Intensive pig and poultry units have had to drive up their productivity to stay afloat as they don’t benefit from land-based subsidies so arable growers will need to do likewise.

Read the rest of the series

“The goal has to be to drive down the cost of production in terms of the more efficient use of machinery and labour while increasing technical ability,” he tells Farmers Weekly.

With direct subsidies likely to come under pressure as Britain prepares to leave the EU, growers should not rely on any possible reduction in rents to compensate but aim to improve efficiency, he adds.

They should look to co-operate with neighbouring farmers to share machinery and push costs down, while the greater use of contractors, short-term hires for machinery will release capital.

The final step might be to tenant out land.

“Many businesses have inflexible fixed costs in terms of machinery and labour when what they need is the flexibility to cut overheads,” he says.

David Watson, farming consultant at Bidwells, points out many farms have chosen large combines and have expanded to spread their fixed costs, but this brings with it a degree of inflexibility.

“Many growers faced with the need to spread their machinery fixed costs over ever more land are facing excess combine capacity, whereas contracting and short term hires might have been better options,” he says.

In addition, there will be a need for growers to improve agronomic performance in terms of timeliness and the effectiveness of operations, adds Mr Armitage.

“The most profitable farmers are those who achieve the highest yields and make the best use of land, labour, machinery,” he says.

Bidwell’s portfolio of farms managed under contract-farming agreements, covering about 15,000ha of land illustrates how profitability could be affected if subsidies are cut.

These farms show returns of £307/ha, including subsidies, at harvest 2015 after accounting for variable and fixed costs, but this was with bumper harvest yields.

Current 2016 direct subsidies – or the Basic Payment Scheme – for lowland England is set at £212.69/ha, so with this removed and a return to more normal yields this would give slim pickings. 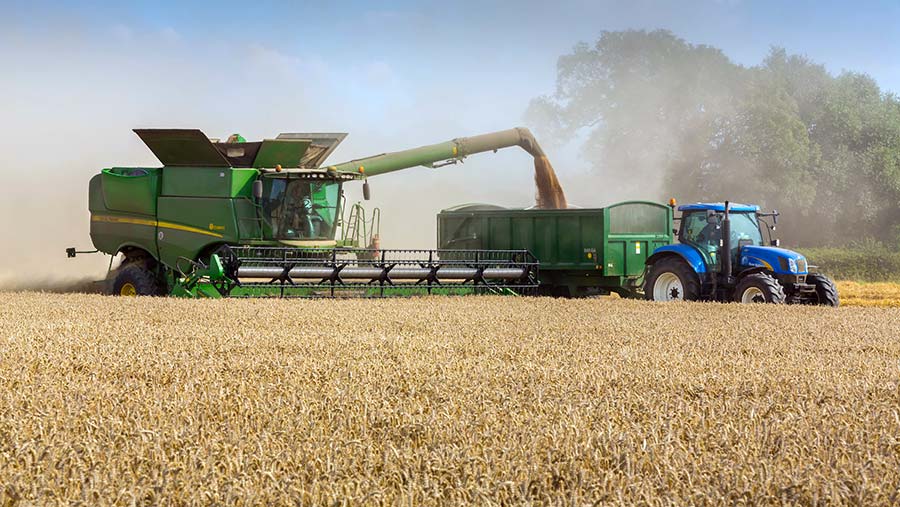 This group of farms have already seen their income from their crops fall for four years in a row, to register a 20% decline over the four years since 2011.

Direct subsidies, although guaranteed by the UK government until 2020 may come under increasing pressure from a parsimonious UK Treasury as Britain leaves the EU.

Mr Armitage says that UK governments historically, whatever their political colour, have argued against direct payment subsidies in favour of supporting environmental issues and rural development.

“The UK government has argued against direct subsidies as they prevent businesses reacting to markets and hinder productivity,” he says.

Growers could react in either of two ways – hope commodity prices go up or reduce their costs of production. He says without subsidies the most efficient farmers will survive but this percentage could be smaller than many observers think.

Mr Armitage argues that hopes for a reduction in rent and land values are unlikely to deliver the amount of help desired by some observers.

Land prices have trebled between 2008 to 2016 without any fundamental changes in subsidies, so the conclusion is if subsidies were removed then land prices will not collapse, he says.

The land price rise has more to do with sentiment and potential returns from farming driven by harvest shortages, low world stocks and the need to feed the world, rather than actual subsidies.

Rent is more directly related to subsidies and returns went up sharply between 2008 and 2016 when commodity prices generally rose, but they were bid up by competing farmers.

“Rents will come down but the question is whether they come down to sustainable levels for farmers,” he says.

With good arable rents in the region of £450/ha, they are unlikely to decline in line with the possible loss of subsidies, as there are still likely to be a good demand for land whatever the likely returns.