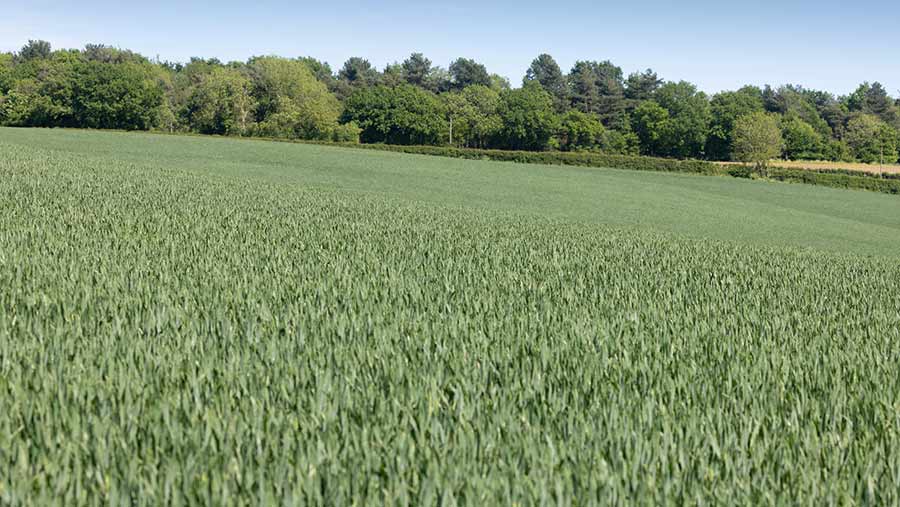 Wheat is the world’s most widely grown crop and is second only to rice in terms of human consumption, with global harvests in the region of 750 million tons.

But crop scientists say the crop has “untapped genetic potential”, which could be exploited to deliver higher yields and achieve global food security in a sustainable way.

See also: Gene-edited crops to be fast-tracked for food security

An international team of crop scientists, led by the UK’s Rothamsted Research, ran millions of computer simulations using data on existing wheat varieties and their individual plant traits, such as size, shape, metabolism and growth.

The scientists designed “perfect” wheat plants suited to their local environments with an optimal genome that allows it to capture water, sunlight and nutrients more efficiently than any other.

When compared with locally adapted cultivars, current existing wheat cultivars were, on average, only at halfway point of their yield potential due to the mismatches between their genetics and local wheat growing conditions.

The study, published in Nature Food, looked at 53 wheat growing regions across 33 countries and covering all global wheat growing environments.

The team first calculated the potential yield from 28 commonly used wheat varieties grown at these sites, assuming the best possible cultivation conditions for each one.

This gave huge variation in yields – with harvests of less than 4t/ha in Australia and Kazakhstan, compared with 14t/ha in New Zealand.

But yields were improved by designing “idealised” local varieties with “tolerance and response to drought and heat stresses, the size and orientation of the light-capturing upper leaves, and the timing of key life-cycle events”.

The results showed that by optimising key traits, genetic yield gaps could be closed anywhere from 30-70% across different countries, with a global average of 51%, meaning yields could be doubled.

Countries with the lowest current yields could gain the most from closing their genetic yield gaps, noted Dr Senapati.

Improvements in wheat cultivars in large wheat-producing countries with a medium genetic yield gap of 40-50%, such as India, Russia, China, US, Canada and Pakistan would have “a substantial effect on global wheat production”.

The UK government has introduced new rules in parliament to pave the way for gene-edited crops to be grown commercially in England over the next decade.

However, the plans have met opposition from the devolved regions and campaign groups against gene editing, including the Soil Association and GM Freeze.