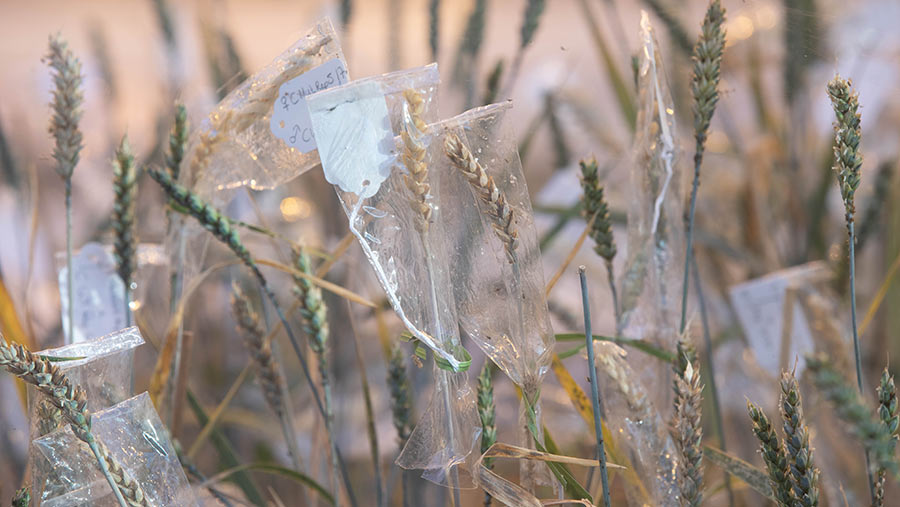 Politicians, scientists and industry leaders have joined forces for a campaign to give UK farmers access to gene-editing technology.

They want the UK government to ditch EU rules that block access to precision-breeding techniques that supporters say could boost agricultural productivity.

Gene-editing techniques – such as Crispr-Cas9 – enable genes to be changed using “molecular scissors” to replace one DNA with another from the same organism.

Although gene editing is different to genetic modification – which inserts foreign DNA into an organism – both practices are blocked in the EU by rules that treat them as the same.

Now a cross-party group of MPs and peers wants the government to introduce an enabling amendment to its Agriculture Bill that would allow the rules to be changed.

The proposed amendment is being called for by the All-Party Parliamentary Group (APPG) on Science and Technology in Agriculture, chaired by Outer York MP Julian Sturdy.

It would provide new powers for ministers to give UK scientists, farmers, plant breeders and animal breeders access to gene-editing technologies.

Scientists say gene editing is more precise than genetic modification and could increase the speed and precision of crop and livestock breeding.

Gene editing is already used in the US, Argentina, Brazil, Australia and Japan. But it was blocked in the EU and UK by a Court of Justice of the European Union ruling in 2018.

Urging the UK government to take action on the issue, Mr Sturdy said it would mark an important first step towards liberating the UK bioscience sector.

As well as helping UK farmers, it would also free up Britain’s research scientists to develop traits that would support more sustainable farming systems in developing countries.

Niab director Tina Barsby said the proposal would support a productive, competitive and resilient food and farming sector in the UK, with access to the same tools as producers elsewhere.

She added: “Ensuring our scientists have access to the best available technologies and can conduct their research in a proportionate and enabling regulatory environment is absolutely critical.”

NFU vice-president Tom Bradshaw said the amendment was an opportunity to put the UK in a world-leading position to showcase sustainable climate-friendly farming.

“The cost of not taking this opportunity is the UK being unable to make use of a set of breeding tools that are already being shown to offer solutions to intractable problems.”

These included the need to protect plants and animals from disease, and the need to use fewer resources while maintaining or increasing quality and yields.

But organic farming representatives and some campaign groups say gene editing should not be seen as a means of securing a better future for agriculture.

The Soil Association says research has shown that gene-editing technologies give rise to similar uncertainties and risks as genetic modification.

It says the government should treat gene editing with great caution and “uphold the precautionary principle” after the UK leaves the EU.