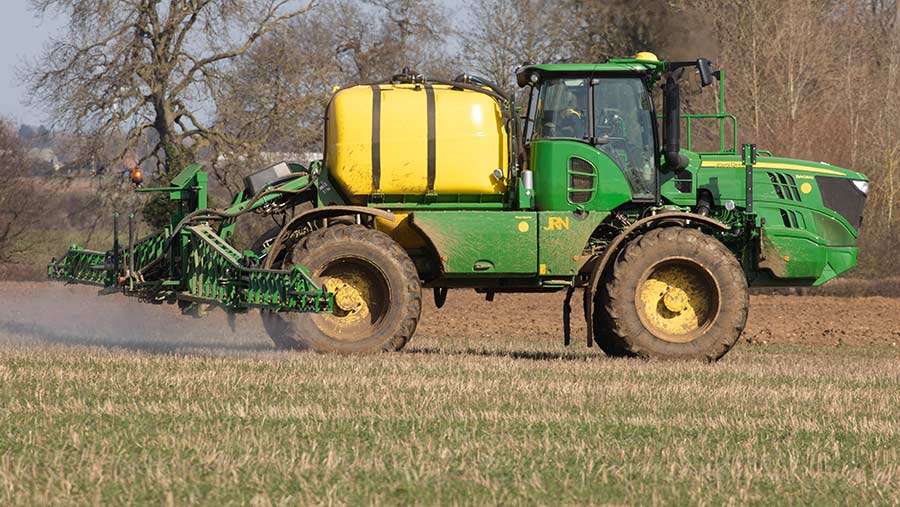 The widely used herbicide glyphosate is likely to have its authorisation expiry date extended to December 2025 in Great Britain following the completion of the Brexit transition period.

Speaking at the virtual British Crop Production Council (BCPC) 2020 congress, Darren Flynn, head of active substances delivery for the Chemical Regulation Division (CRD), explained that all active substances due to expire between 1 January 2021 and 31 December 2023 would be granted a three-year extension under the new GB pesticides regulation regime.

“This three-year extension is being provided to allow time for the development of the new GB active substance renewal programme, although HSE [the Health and Safety Executive] will still retain the power to review active substance approvals at any time, should new evidence identify any concerns to human health or the environment,” he said.

The extension will not apply in Northern Ireland as the Northern Ireland Protocol to the Withdrawal Agreement means the EU’s plant protection product regulations will continue to apply, even though CRD remains the national regulator for the whole of the UK.

Much of the EU legislative framework for pesticide regulation would be retained following the end of the transition period, Mr Flynn confirmed, but Great Britain would take responsibility for its own regulatory decisions from 1 January 2021.

“We will make our own decisions, based on our own assessments,” he said. “Any new decisions on active substances taken under the EU regime following 1 January will not apply in Great Britain.”

One advantage in future should be quicker decisions. Typically, under EU processes, the time required to successfully get an active substance application through to authorisation of a product can be five years.

“By taking decisions on active substances, plant protection products and maximum residue limits in parallel, rather than in sequence as in the EU, we can likely reduce the evaluation period to two years,” explained Mr Flynn.