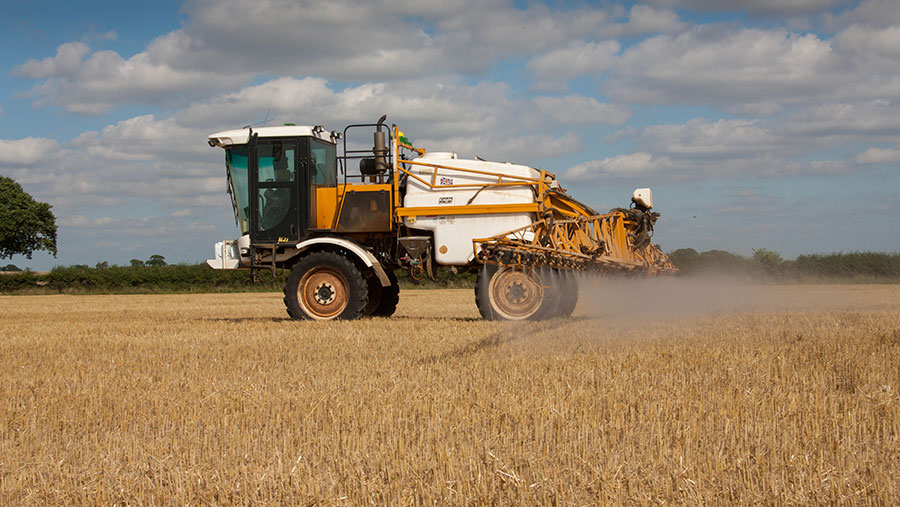 A dossier containing 1,000 scientific studies on glyphosate seeking the renewal of the weedkiller in the EU has been submitted to the European Commission.

Bayer CropScience, the company that manufactures the herbicide Roundup – which contains glyphosate as the main active ingredient – said it was an “important step” in the process towards renewed approval across Europe.

The European Glyphosate Renewal Group (GRG), of which Bayer is a leading member, submitted the dossier to the commission’s Assessment Group on Glyphosate (AGG) on Monday (8 June).

The AGG will conduct the scientific evaluation of the dossier, and a draft report is scheduled to be completed by June 2021.

A period of public comment and peer review by the other EU member states will then opened by the European Food Safety Authority (Efsa), the European food safety watchdog.

Efsa will then publish its conclusions and send them to the EU Commission’s panel of experts for a final vote in late 2022.

Although the UK will almost certainly be operating outside of the EU at this time, a decision on whether glyphosate is renewed will have a significant impact on the future use of the herbicide in this country and trading arrangements.

The UK government has stated its intention to remain closely aligned with EU pesticide standards after Brexit.

Bayer is facing more than 100,000 lawsuits in the US from plaintiffs who claim that its Roundup weedkiller caused non-Hodgkin lymphoma. But the company has vowed to “vigorously defend” itself against the allegations.

In a statement, it said: “Bayer will continue to support science-based regulatory decisions and will work transparently with the European Commission and the member states to ensure glyphosate-based products remain available to farmers and other users in Europe to support agricultural sustainability.

“Farmers in Europe and around the world rely on glyphosate-based herbicides as safe, cost-effective components of their integrated weed management practices, helping to ensure more productive harvests while preserving the environment.”

GRG will soon make available on its website the submitted scientific dossier, following the EU’s General Data Protection Regulation rules (personal and confidential information will not be disclosed), allowing free and unrestricted access to anyone interested in its content.