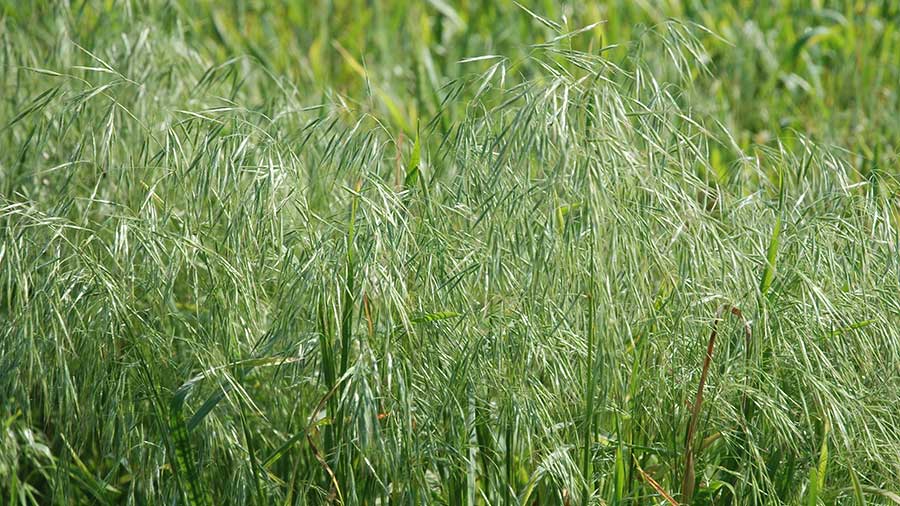 Effective control of grassweeds in winter cereals starts long before the sprayer emerges from the shed with a tank full of pre-emergence herbicide.

“Making sure you do everything you can before you drill the crop can help maximise control,” says Alister McRobbie, Corteva Agriscience’s Cereal Herbicide Product Manager.

Walking the previous crop in late May or early June is one tactic Alister advises. Growers can map areas where grassweed populations are present, but species identification during this exercise is important – particularly when dealing with bromes.

He said: “Some farmers may consider if badly affected areas with high weed populations are even worth harvesting, often it is better to spray off bad patches of grassweeds before they get the chance to return seed to the soil. This will help prevent an increasing population in the following crop.”

If you are dealing with bromes, different species respond to different strategies, so it’s really important to ensure that you have correctly identified your weed species before embarking on your cultural control method.

Sterile and great brome germinate in the dark, so any cultivation should be carried out as soon as possible after harvest.

Farmers opting to plough should target good inversion sterile brome should be buried to a depth of 12.5cm to prevent emergence, while, great brome requires an event greater depth of (25cm).

Meadow, rye and soft brome ripen on the soil’s surface, so any cultivation should be delayed by a month to break seed dormancy. Cultivation will then encourage germination and allow the successful application of a stale seedbed.

Alister said: “Deep ploughing will ensure minimal emergence of brome. Like all grassweeds, moving to a spring cereal crop will allow greater opportunities to control germinating grassweeds and reduce the population by repeated use of sterile seedbeds.”

Wild oats are one of the most competitive grassweeds, just one weed/sq m can reduce winter wheat yields by up to 1t/ha.

With a protracted germination pattern lasting from the autumn, through to the spring, and the fact that oats can emerge from depth in the soil, cultural control techniques such as ploughing, delayed drilling and spring cropping are far less effective than they are against blackgrass, for example.

“Instead, growers should concentrate on reducing the likelihood of spread of wild oats, by ensuring they clean machinery before and after harvest, hand rogueing or spraying off infested areas before seed set.”

Ryegrass usually occurs in arable crops as a result of seed return from ryegrass seed crops or use of farmyard manure or slurry in an arable rotation. It is considered to be as competitive as sterile brome, and even a few well-tillered plants can have a dramatic effect on yield.

Italian ryegrass germinates from autumn through to the early spring and seed is usually shed before the cereal harvest begins. Dormant seed can remain viable in the soil for up to seven years.

Perennial ryegrass is less competitive and dormant seed only remains viable for up to three years. Even the lightest of cultivations will encourage the germination of ryegrass and delayed drilling does not have any useful effect on ryegrass control.

Competitive crops such as spring oats are about the only crops that can keep up with ryegrass. The main cultural focus should be in minimising soil disturbance and hence germination of the ryegrass.

Getting the seedbed right

“To ensure that you get the best performance from pre-emergence herbicides, you need to have a fine, consolidated seedbed, free of clods and trash,” Alister said.

“Cloddy seedbeds result in uneven germination of the grassweeds as they act as reservoirs of dormant grass seeds which will germinate later, once the clods start to breakdown.”

Provided there is sufficient soil moisture, pre-emergence herbicides should be applied at or within 48 hours of drilling, so that the herbicide is present in the soil as the grassweed germinates. Delaying pre-emergence applications should only be considered if the soils are dry.

Which pre-em for which scenario?

Different grassweed species will require different pre-emergence herbicides depending on their susceptibilities and many situations will require a combination of active ingredients and a further post-emergence application.

Brome: Species respond best to pre-emergence herbicides such as tri-allate (Avadex) or products containing flufenacet, such as Liberator (Flufenacet + DFF). Pendimethalin also has good activity against bromes and can be used pre-emergence, or later as a tank-mix partner to the contact herbicide.

Wild Oats: May be controlled by a range of products, Avadex (tri-allate) is an extremely effective pre-emergence product and there is no known resistance to this active ingredient in wild oats. Other products will activity such as pendimethalin or flufenacet, but they are not as effective as tri-allate.

Often combinations of pre-emergence herbicide are used to maximise control.

Ryegrass: Can be controlled by products containing flufenacet, pendimethalin, prosulfocarb or combinations of the above, such as Crystal (flufenacet + pendimethalin), Defy (prosulfocarb) or Liberator (flufenacet + DFF). Often, later post-emergence applications may also include a residual component too.