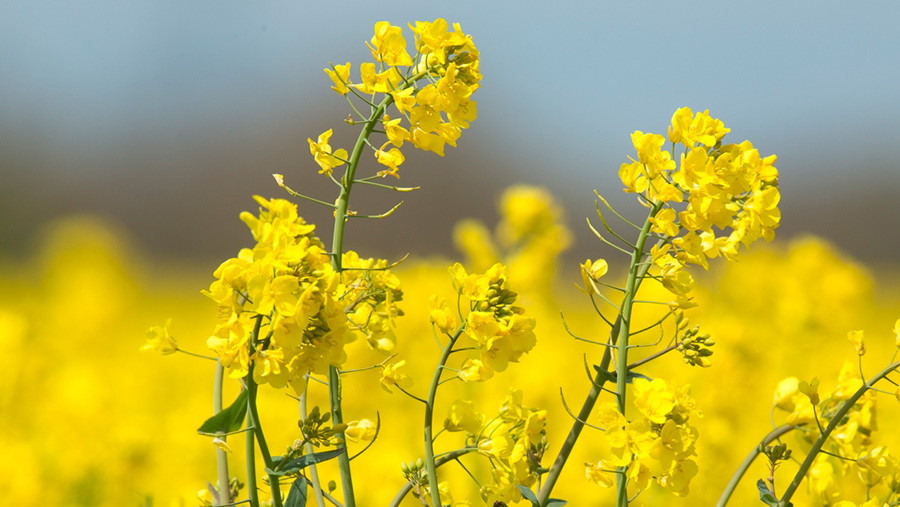 By 2020, growers will be able to refer to resistance ratings for verticillium wilt when choosing oilseed rape varieties from the Recommended List, hopes Niab Tag’s Jane Thomas.

That would be particularly beneficial to the industry because there is no fungicide treatment for soil infected with the causal agent, Verticillium longisporum.

Originating from continental Europe nine years ago, verticillium wilt has already reached all the main oilseed rape growing areas of the UK.

Yield losses are typically less than 1t/ha, but the damage could be greater if warmer conditions become more common, she warns.

It is about this time of the season, between late June and harvest, growers may first spot the symptoms – grey stems and prematurely ripened pods – though they can be difficult to tell apart from those of other diseases.

As wilt-infected stems are harvested, the pathogen’s tiny black resting bodies fall to the ground. 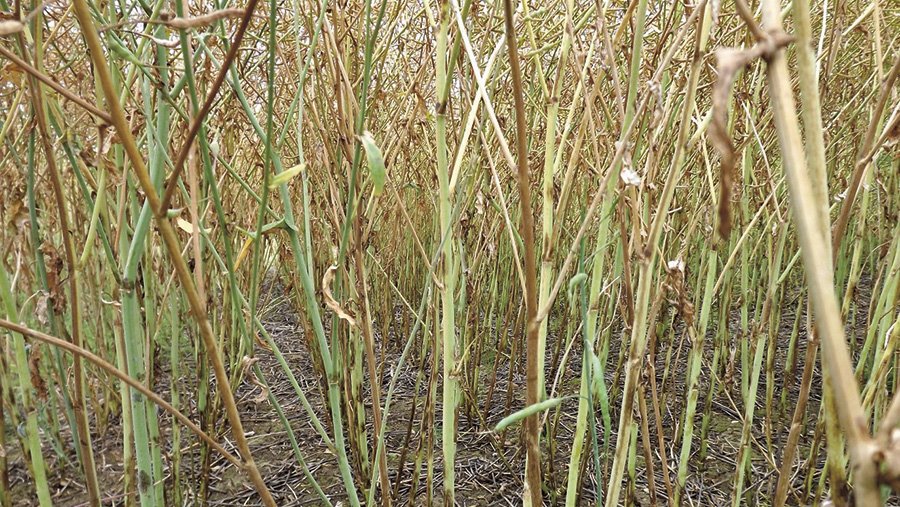 The next oilseed rape crop in that field is at risk.

Dr Thomas is hopeful the threat can be lessened in the future.

“If you have the disease on the farm, your key methods of limiting its impact are currently crop hygiene and rotational management.

“We want to add another dimension by exploiting the genetic differences in resistance.

“We know from previous naturally infected Recommended List trials and a series of tests by Niab and Adas  that varieties differ greatly in their susceptibility, so we are putting all current and candidate varieties through a new set of trials to measure how meaningful and how consistent the differences are.”

Plots are inoculated with Verticillium longisporum where the soil is not heavily infected, and varieties assessed using a common protocol based on previous approaches. 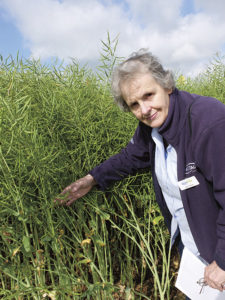 Dr Thomas expects disease expression differences to be reflected in yield, but this must be confirmed and reproduced in trials.

“Based on previous Recommended List trials, I can imagine we will produce diverse resistance ratings such that the worst scoring varieties could be as low as 2 or 3 and the best, possibly 8.

“At present, there is unfortunately no complete resistance showing up.”

The Niab team and collaborators at Adas are first investigating whether the scoring protocol needs adapting to give a more accurate result from which to develop the ratings.

“Over the three-year project, we will pull out stems to assess the severity of visible symptoms, then scrape the outside of those stems to check for hidden internal symptoms of infection.

“The pods will also be inspected for symptoms of premature ripening.

“In the second and third year, larger blocks containing varieties that exhibit a range of symptoms will either be inoculated or left clean, and the plots taken to yield.

“By doing this, we should be able to judge the impact of varying levels of susceptibility on productivity,” concludes Dr Thomas.

This project is confirming some previously observed differences between varieties of oilseed rape to verticillium wilt infection, and extending variety knowledge to test the scope for developing resistance ratings for the Recommended List 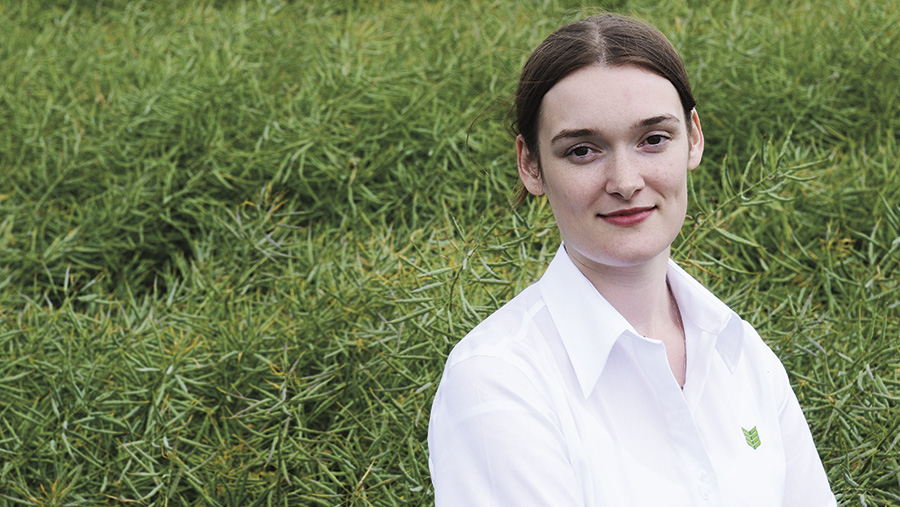 First identified in the UK in 2007, verticillium wilt has spread to become a threat to oilseed rape yields across the country, writes Jenna Watts, research and knowledge transfer manager for AHDB.

With symptoms hard to distinguish and chemical control ineffective, varietal resistance is being investigated as a part solution.

Data from Recommended List trials is helping to establish whether a disease rating scale of 1-9 can be produced for wilt.