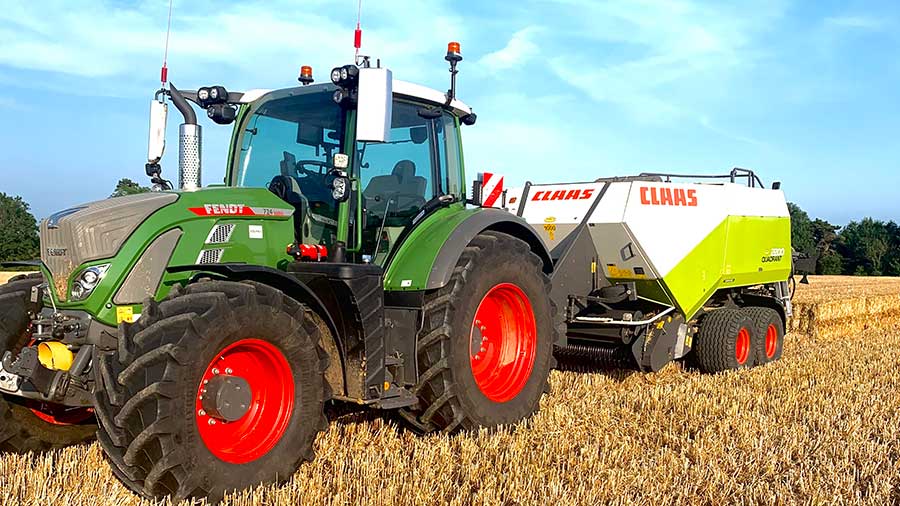 Start of the barley harvest on the Jurassic coast near Lyme Regis, Dorset - Photo submitted to gallery by Dan Powell

Harvest expectations were never likely to be exceptionally high this year, given the torrential autumn and cold, dry spring, but crops seem to have performed reasonably well so far.

We round up the harvest so far around the country to find out how growers are faring, starting with barley in Somerset.

Cannington Grain had taken in about 2,500t of winter barley by Monday, and both quality and yields are about average, according to manager John Collins.

“Harvest has been a bit delayed, but we’ve found specific weights to be reasonable, averaging 65kg/hl. Crops have been coming in at 13-14% moisture, and although yields aren’t exceptional, everyone seems happy enough.”

Oilseed rape harvest is also under way, with the store taking in about 700t of the expected 3,000t so far. “It’s coming off nice and dry, and the oil contents are pretty average,” says Mr Collins.

“I think the good crop will be the wheat. Some people have tried cutting some, but it’s not quite ripe – I think it will be a good week off, depending on the weather.”

Of the crops cut so far, specific weights were at 76-78kg/hl. “It looks to be good and heavy.”

It’s a similar story in the North, says Grainco managing director Gary Bright. “Everyone is cracking on with the winter barley; some has been disappointing, some average and some pleasantly surprising, so it will likely be an on-trend year.”

Moisture contents have varied from 14% to 22%, with specific weights at 64-69kg/hl. “We’re due unsettled weather, so I think farmers are cutting while they can.”

Oilseed rape is five to 10 days away, and crops are generally looking well, provided they were sown into reasonable conditions.

“They’re not so good where they were puddled in after the rain in October, but I’m not expecting a disastrous year.”

In Suffolk, Tony Pulham has cut 12ha of Kingsbarn winter barley at Hugh Pulham Farms, Stowmarket, and agrees with this prognosis. “It’s done better than I thought it would – you can’t expect miracles after the wet autumn and dry, cold spring. I think it’s going to be a very mixed year.”

Having planned to drill 130ha of winter barley, Mr Pulham managed to sow only 12ha, but the yield has been relatively pleasing at 8.75t/ha.

Oilseed rape will be next, and has looked good all year. “That’s always a worrying factor with oilseed rape – I’ve heard yields from 2.5-4.9t/ha so far,” says Mr Mr Pulham.

Fortunately, the farm missed the heavy rain at the weekend, but a nearby farm recorded 60mm. “That will have been to the detriment of local crops.”

Winter wheat looks exceptionally well, considering the conditions it was drilled into, he adds. “I sowed 100ha at the end of November into wet soil, and it still looks remarkably well, but we won’t know until it’s in the barn.”

In Lincolnshire, the wheat looks a bit mixed, according to Dan Murphy, laboratory manager at Woldgrain.

“Some of it has struggled in the heat over the past few weeks – the ears are dying off, but the straw underneath is still green. But if it yields as well as the winter barley we should be in for a good harvest.”

So far, the store has taken in 2,500t of feed barley and 200t of Craft malting barley, and yields are about 10% above farmers’ expectations.

Although early specific weights on light land were low, at 61kg/hl, later samples have been up to 69kg/hl, with an average of 64.5kg/hl so far, he says.

Oilseed rape harvest is very late in the area, with some crops now 12.5 months old. “I don’t think we’ll see any until August, which is an absolute first for us.”