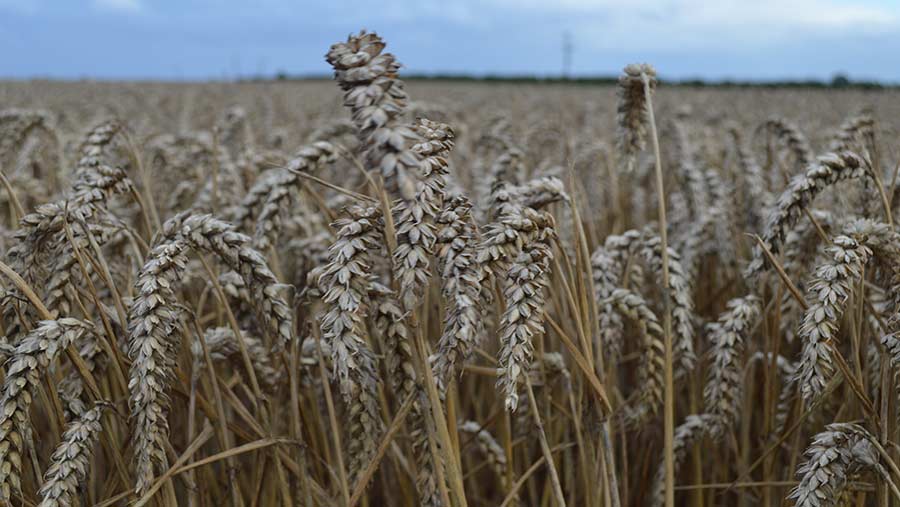 Winter wheat yields topped 15t/ha and oilseed rape 7t/ha for Lincolnshire Wolds grower Tim Lamyman as he won gold awards for both crops in a top-yield competition at the end of a tricky growing season.

Scottish growers dominated the spring barley category of the Yield Enhancement Network (Yen) awards, with Fife farmer David Bell growing a 11.3t/ha crop which made malting grade, while further north Peter Chapman in Aberdeenshire grew a crop to 87% of its potential yield.

For serial wheat winner Mr Lamyman, it was his fifth top cereal gold award in the eight-year history of the Yen awards, run by crop consultants Adas, with his wheat and rapeseed yielding more than twice the national average.

His top wheat yield from variety Colosseum was 15.6t/ha despite a very wet autumn and winter, severe drought in late spring and a lack of summer sun, while his oilseed rape variety Acacia yielded 7.01t/ha on his largely arable 600ha farm at Worlaby, just south of Louth.

He put his success down to early drilling and then a focus on crop nutrition, encouraging rooting and creating a big biomass crop which he kept green and growing for as long as possible before harvest.

“The winter wheat rooting structure was incredible, and with deep roots the crop had more access to water,” he told Farmers Weekly. 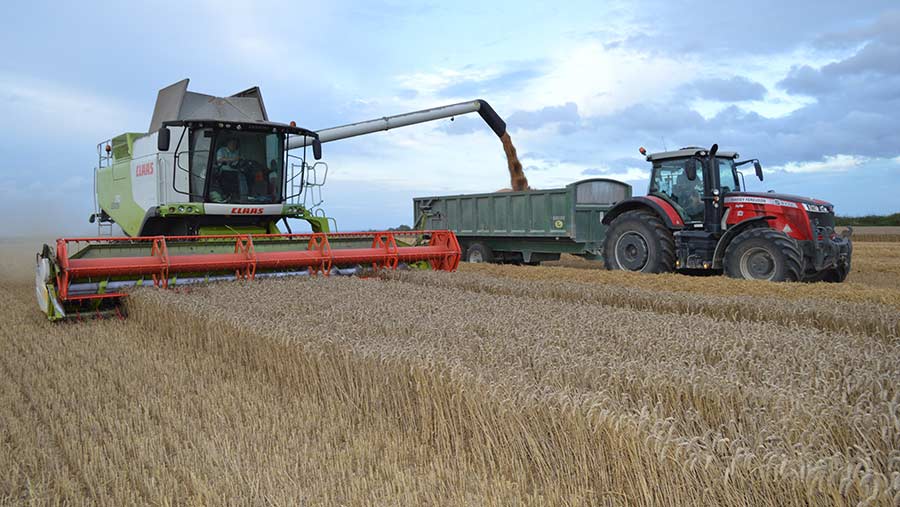 All his Yen crops follow a nutritional programme using foliar feeds which encourage cytokine growth, or cell proliferation, to push down deep roots. While his Colosseum yielded 15.6t/ha and another variety, Parkin, 15.4t/ha, he estimates that rain and wind at harvest could have led to a 0.35t/ha loss.

The nutrition programme, with foliar feeds, extra fungicides and more nitrogen, amounted to £300/ha extra compared with wheat grown more traditionally on the farm, and was financially worthwhile for 15t/ha-plus crops.

Mr Lamyman broke the world wheat yield record in 2015 with a yield of 16.5t/ha, while current record is held by a New Zealand grower at 17.4t/ha.

Mr Lamyman recorded one of his best-ever oilseed rape yields of 7.01t/ha with the conventional variety Acacia, just shy of the world yield record of 7.19t/ha. He also picked up the best yield of winter barley with the variety Hawkin at a yield of 12.7t/ha.

Spring barley winner Mr Bell, based at Fairfield Farm, Colinsburgh, south-east Fife, attributes his success with his bumper barley crop of 11.3t/ha to having livestock on the farm and a good crop rotation.

“The spring barley was early drilled, established early and still made malting at under 1.6% grain nitrogen after applying 130kg/ha of nitrogen,” he said.

Mr Bell aims to feed the soil on his mixed farm with manure from his suckler herd and imported hen manure, while he grows a wide range of arable crops including potatoes and peas in his reduced tillage regime.

Peter Chapman, at South Redbog Farm, near Strichen, 30 miles north of Aberdeen, also relied heavily on livestock to harvest a spring barley crop at 87% of its potential yield of 11.1t/ha, with plenty of manure used on crops.

He operates a plough-based system on his sandy clay loams and had his best-ever harvest in 2020, with only his winter barley suffering in the dry weather during May.

“Over the past 30 years, we have applied muck to every arable acre, which has seen our soil organic matter rise to 7-8%,” he said.

Roger Sylvester-Bradley, the Yen awards founder and head of crop performance at Adas, says 2020 saw some amazing yields, and some were questioning whether the group’s estimates of crop potential were too pessimistic after Aberdeenshire farmer Ian Learmonth grew a wheat crop yielding 102% of its potential of 13.9t/ha.

Sarah Kendall, crop physiologist at the group, adds that the key to winning spring barley crops was high ear numbers, while some were hit badly by the dry spring which reduced tillering and tiller retention.

Pete Berry, head of crop physiology at Adas, says many oilseed rape crops suffered from a wet winter followed by a spring drought, together with high cabbage stem flea beetle pressure, so it was remarkable that many growers achieved above 6t/ha, and he highlighted the need for deep roots to tolerate the dry spring.

The competition drew 183 cereal entrants and 38 oilseed rape entrants from the UK and Ireland, and as far afield as Denmark, the Netherlands and Estonia.

Chris Eglington of Norfolk was named Yen innovator of the year for pushing the boundaries of arable crop performance though actively initiating and encouraging crop measurement and testing.