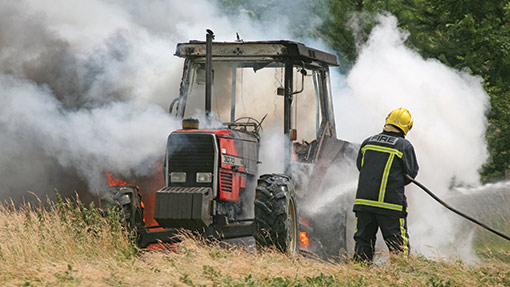 Harvest is the highlight of the farming year, but also the busiest and sometimes the most dangerous.

But Rick Brunt, Health and Safety Executive head of agriculture, says that with forethought, relatively simple steps can be taken to save lives.

Quoting HSE figures, Mr Brunt adds that 75% of deaths involving machinery could be prevented if the operator switched off the engine and removed the ignition key before carrying out maintenance.

Mr Brunt also emphasises the potential costs of accidents. “If the grim statistics alone are not enough to make people stop and think, it’s worth considering the financial cost in legal bills and compensation.”

“So whichever way people choose to look at it, planning to minimise risks is worth it. Forward thinking could well protect people and businesses this harvest.”

Here, Mr Brunt (photo below) outlines some of the major risks and what could be done to adopt a safer approach. 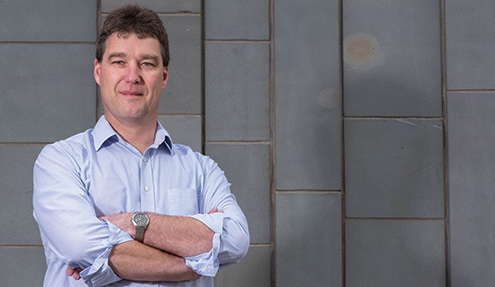 “It is important to check machines before harvest gets under way. “Once you are under the pressure of harvest, it won’t get done,” Mr Brunt says.

One of the biggest causes of injury is faulty or missing guards around moving machinery, he says.

“People think they can take on a machine. A human being can muster about 0.5hp of strength, so taking on a 50hp machine is like taking on someone 100 times your size.

“Think of this: at 540rpm you will be wound in to an exposed pto shaft at 6ft/sec. You don’t even have one second to react.”

The HSE advice when carrying out maintenance is to turn off the engine and remove the ignition key. “Taking the key with you prevents anyone else coming along, not knowing where you are, and turning the machine back on while you are working on it,” Mr Brunt says.

“Many engines are left running because there is a concern they won’t start up again due to a flat battery or faulty starter motor. Repairing these pre-harvest means there will be one less reason to leave them on,” he adds.

Pre-harvest checks should also ensure handbrakes are fully operational. “Accidents are caused each year because of faulty or unused handbrakes,” Mr Brunt says.

A 54-year-old self-employed farmer was found trapped between the collector reel and intake auger of a self-propelled combine harvester. He was found with the machine still running. It is believed he slipped, tripped or fell into the moving machinery. 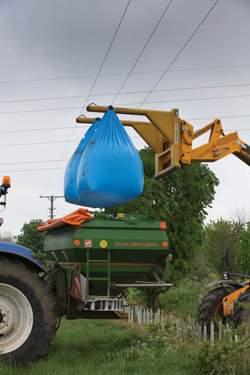 “Power lines don’t spring up overnight. So it is possible to plan a field work programme now and communicate that to colleagues to cut risks,” says Mr Brunt.

“The current carried by wooden pole lines is up to 33,000 volts. The vehicle doesn’t have to come into contact with a cable to carry voltage. It only needs to be close enough to cause arcing. So don’t even allow your work pattern to get close if it is possible”, Mr Brunt says.

He advises putting an action list in drivers’ cabs explaining what to do if vehicles hit a power line.

A 21-year-old employee died during combining. The machine had picked up soil and stones. He stopped the combine under a power line and left the vehicle cab to remove the soil without first checking to see if the auger was stowed. It was extended and he was electrocuted.

What to do if your vehicle hits a power line: 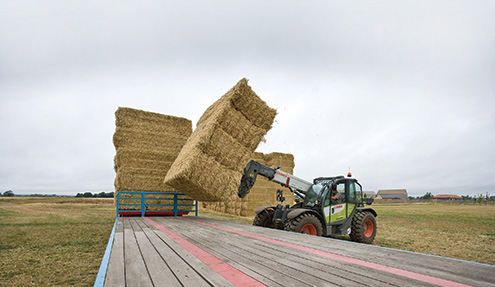 “It is incredible how many bale stacks are built near or even under power lines,” Mr Brunt says.

“But that puts you one mistake nearer death – so why do that?” he asks.

Mr Brunt believes many accidents are caused because layers of bales are not tied in.

“Unlike hand bales used years ago, modern large bales are often stacked in columns and they can settle and become unstable.”

A 32-year-old employee was struck by five large straw bales, which fell from a trailer.

The ground was uneven and the bales became unstable. He stopped and used the loader attachment on the tractor to push them back into position.

He then dismounted the tractor, but as he was doing so, the middle row of bales collapsed on to him. 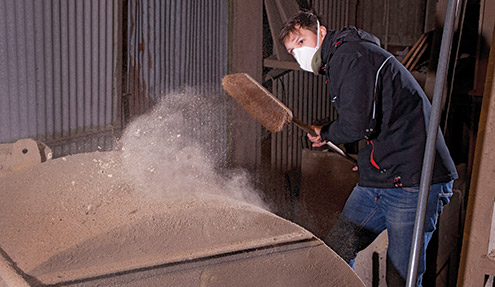 “Take note of working at height as with machines, and don’t overlook the possible long-term effects of working in dusty conditions. Ensure you have a supply of dust masks.”

But Mr Brunt warns that buying the wrong mask can lead to you being left unprotected.

“It is the finest powders that cause the problems, so check it has the right rating for the job – a filtering face piece [FFP] 3 is required.” 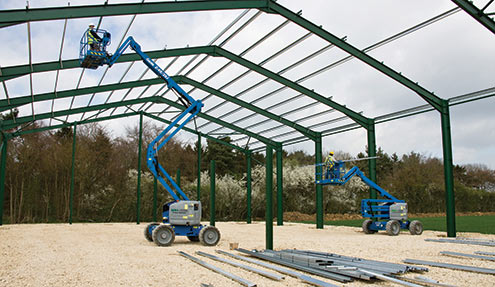 A lot of repair work on barns and grain stores is carried out in haste as harvest looms, Mr Brunt says. “The work has either been put off from the previous year or was caused by winter weather. But planning this work and doing it early will help avoid accidents.”

Remember a fall from a height over 2m (6.5ft) is sufficient to be fatal. The HSE’s advice is to prepare by considering how to gain access safely and what is needed to prevent a fall if a mistake is made.

“Do not use loaders to lift staff. Operators in the cab could hit the wrong controls while people are up in the bucket,” he says. Instead, he advises using a ladder, scaffolding or purpose-built lift (pictured).

“Giving advice on how to use a ladder sounds simplistic, but fatal misuse still occurs. A standard domestic ladder is only rated to 90kg – that is probably not enough.” Look upon ladders as a method of attachment, not a work platform, he adds.