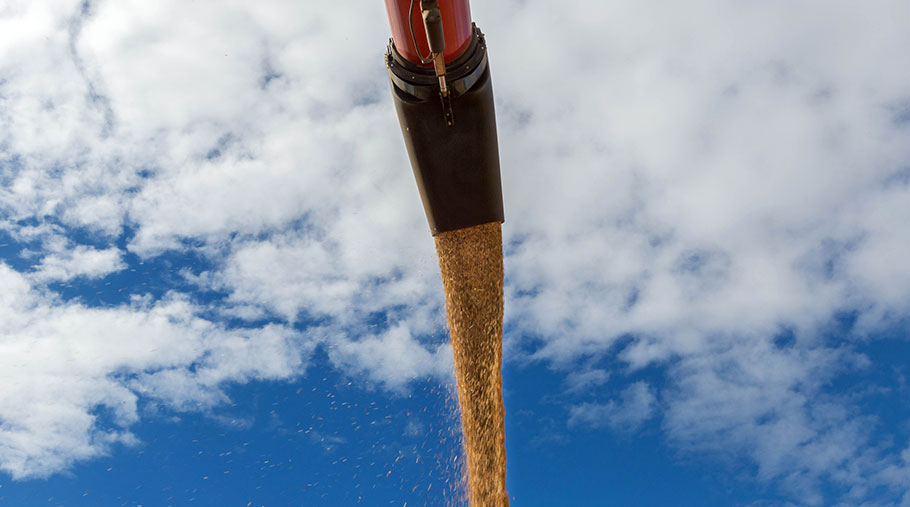 The earliest wheat harvest in living memory kicked off this week on a few scattered farms across southern England, with average-looking yields and indications of good grain quality from the first few samples.

Somerset grower Richard Payne started cutting this week with yields of his feed wheat at above 9t/ha and specific weight ahead of the industry standard of 72kg/hl. 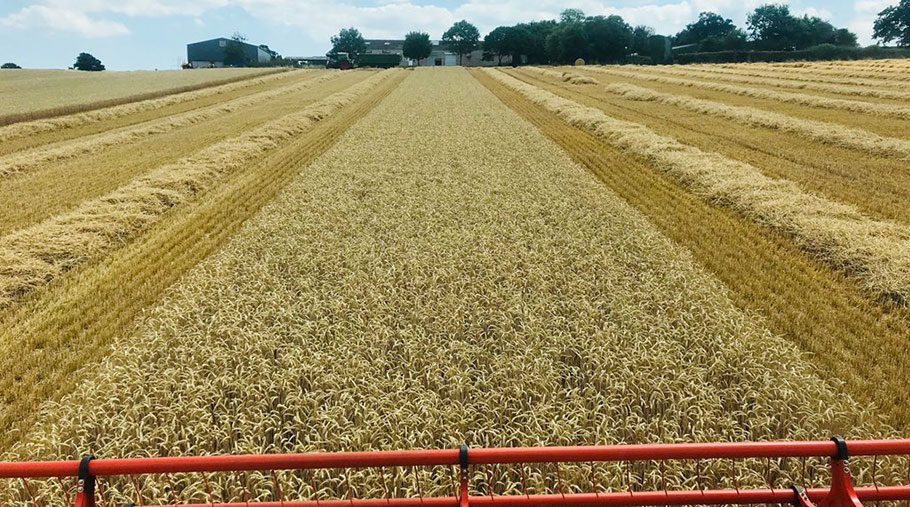 “Once we got the combine into the field it was better than we thought, but this is early days yet,” he told Farmers Weekly from the combine cab.

His feed wheat variety, Graham, was yielding 9.3-9.4t/ha, just below his rolling average farm yield of 9.5-10t/ha on his silty clay loam land close to Taunton.

Specific weights were at 73-74kg/hl, with some areas of his fields touching 76kg/hl.

Harvest is two to three weeks ahead this season with experts saying good levels of sunlight may have helped crops despite high temperatures and low to non-existent rainfall.

He started harvesting wheat on Sunday (15 July) and by Monday lunchtime had cut 16ha of his total wheat area of 130ha.

He described his 52ha of oilseed rape as “mixed” with varieties Nikita and Imperial yielding 4.0-4.1t/ha, against a rolling average yield of 4.5t/ha.

Uneven crops in the East

Further east, there is a more disappointing picture with Andrew Blenkiron manager at Euston Estate reporting very uneven crops on the light blow-away Suffolk Brecklands where there has been no rain since the end of April.

His first wheat field yielded 4t/ha, but with only 20ha out of 400ha cut, he said it was too soon to draw conclusions on the milling wheats Solstice and Skyfall grown on the farm.

Mr Blenkiron has already harvested his 150ha of Bazooka and Tower winter barley  yielding just under 7t/ha, with specific weights of 60-62kg/hl. This is about 10% down on the farm average.

It is becoming so dry some of the 4,400ha estate’s recently planted hedges and trees are starting to die.

Set to cut in Dorset

Further south, Dorset farm manager Martin Ford is set to start his wheat this week with his land looking very dry, but he is expecting yields will not be too bad after reasonable results from winter barley and oilseed rape.

He has 512ha of wheat to cut and is set to start on the early maturing variety Graham this week and follow-up with Costello, Diego and Evolution on his light land in the south of the county.

“The wheats look good despite the very dry conditions,” he said from Charborough Park, near Wareham.

Grain trader Glencore has reported early wheat samples showing specific weights above 74-75kg/hl, with some up as high as 80kg/hl.

“Wheat is being cut two to three weeks early and from limited samples we have seen the quality is good and yields are average,” said the company’s grain trader Tom Eaton.