Cooler weather is easing grain quality concerns in Scotland as harvest progresses further north, with just a few fields of later crops left to combine in the South.

Yields and quality are holding up better than expected in the catchy weather in Scotland, according to Owen Southwood, general manager at Scotgrain.

“There are patches where it’s not so good, but on the whole it’s pretty positive.” 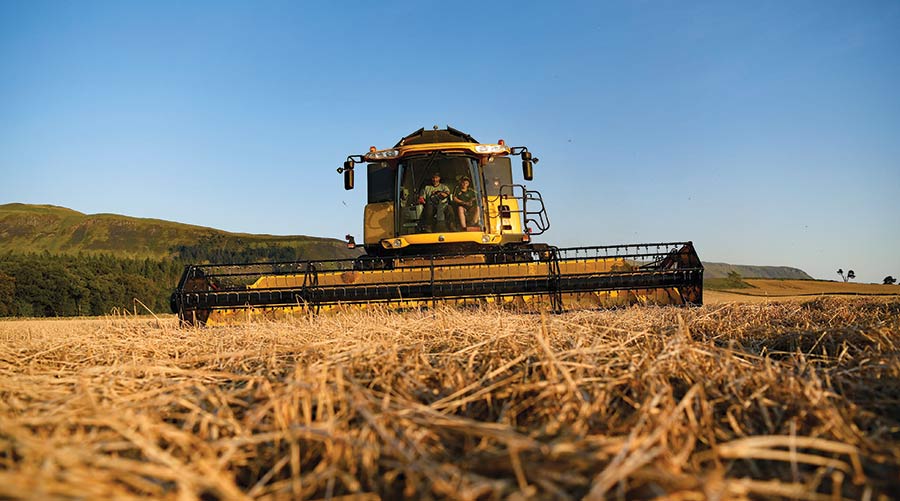 South of Aberdeenshire, most of the spring barley is in the barn, with about 40% left to cut further north, he said.

“Quality and yields are good, nitrogen contents are low and generally the specification is fine.”

Wheat yields and quality have also been good so far, with combines running between the rain showers.

“Although it’s wet, with the cooler weather it isn’t affecting quality, and it’s early enough for the wheat harvest here.”

It’s a different story further south, where a lot of the wheat has lost its Hagberg.

“The early wheat was badly hit by the rain, but the later crops weren’t ready, so are nice looking even though the Hagbergs are knackered,” said Jonathan Pearse, marketing director at Grainco.

From County Durham north, there is about 10% of the wheat left to get, with yields proving variable, but generally good.

Spring barley harvest is nearly complete, and is also showing variable quality and yields. “The worst crop has been oilseed rape – a lot got hit with sprouting,” he added.

“People are now combining beans, and they’ve been all right so far. Ground conditions are fine, it’s just annoying with the showery rain.” 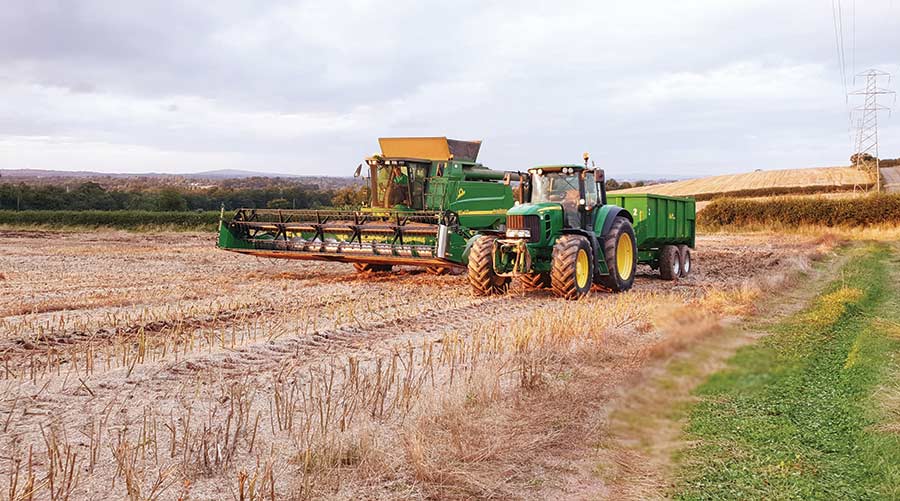 Harvest is still dragging on at Model Farm, near Stoke-on-Trent, where Stephen Sant is struggling to get his Mascani winter oats in the barn.

“We’re doing battle with them – they don’t want to go into the front of the combine,” he explained.

“The straw is about 4.5ft long and if there’s no sun on it, it just wraps around the auger.”

A lot of the crop also went flat, so yields have been down at around 6.2t/ha, although moisture contents have generally been below 18%.

“Graham probably did the best, with specific weights around 75kg/hl.”

Specific weights have generally been two to three points below normal, at 74-75kg/hl, according to Mike Clay, operations director at Trinity Grain’s Hampshire store – although yields are about 5% up on average.

“Most people finished harvest last week, and quality has been very variable. Post-rain wheat saw a drop in Hagbergs, from 250-260 seconds pre-rain to the mid-180s – but it didn’t fall off the cliff like in other years,” he said.

Protein contents have been diluted by the yields, averaging mid- to high 12%.

“But spring oats have been a real problem, with very low specific weights, in the low 40s kg/hl.”

Beans have suffered from Bruchid damage, but are relatively free from staining, while peas are a bit more mixed.

“The first batch was good and clean, but the second batch was much more weathered.”

Harvest is about seven to 10 days behind last year – so a return to something more normal, he surmised.

“To sum it up, yields have been slightly above average, quality slightly below.”