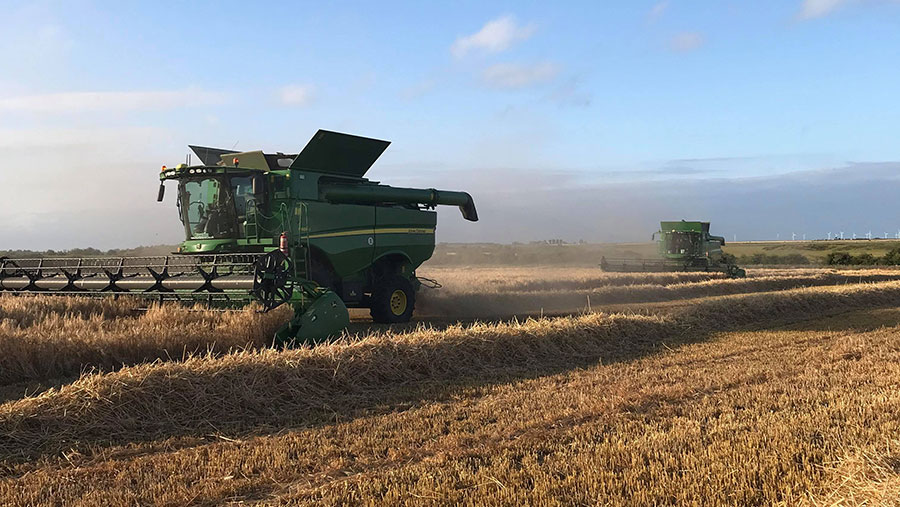 Early winter barley yields are nearly touching 11t/ha on the Isle of Sheppey in the Thames estuary, with farm manager Ryan McCormack “over the moon” with the yield.

Mr McCormack, at farming group Burden Bros, said it was the first time the farm had grown winter barley on Sheppey in northern Kent. The farm has fertile soils that grow good crops of winter wheat and oilseed rape.

He is growing 160ha of hybrid winter barley, split equally between the varieties Belmont and Bazooka. The first Belmont block yielded 10.89t/ha, the second 10.51t/ha, and the third block is running at 10.5t/ha

“We were budgeting for 8t/ha and expecting 10t/ha, so I am over the moon with the yield,” he told Farmers Weekly.

Mr McCormack started cutting the barley on Monday and the grain moisture, which started at 14.5%, has now fallen to 12.2%. Specific weight is 63kg/hl, just making the minimum standard for feed compounders.

He has 500ha of milling winter wheat to cut from his base at Old Rides Farm, Eastchurch, and is expecting to start the combining of Zyatt, Crusoe and Montana varieties towards the end of next week.