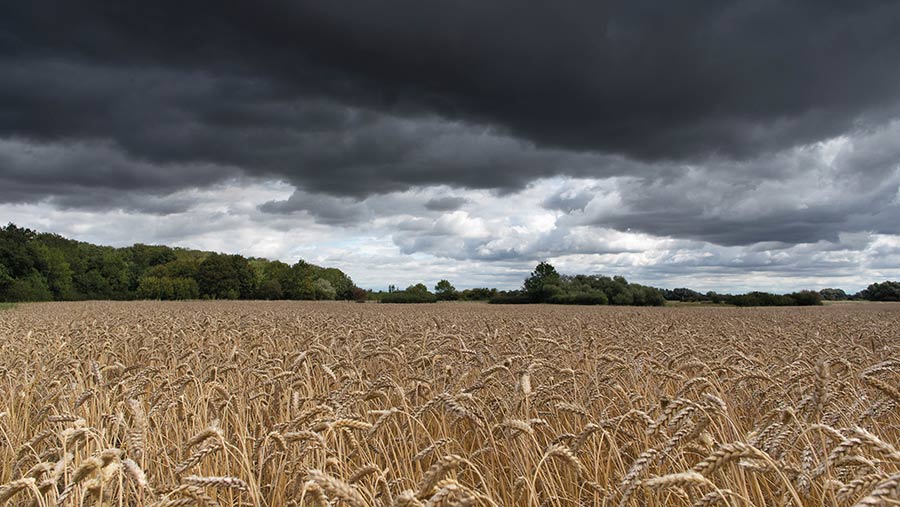 Better weather over the Bank Holiday weekend has seen combines out in force across much of the country, although the impact of the wet weather is being felt, with reports of skinning problems in spring barley and sprouting in wheat.

Spring barley harvest is now about 40% complete in the Black Isle area, according to Gary Catto, chief executive at Highland Grain. “The weather has taken a turn for the better and a considerable tonnage has now been cut,” he says.

“Quality on the whole is good, although we’re seeing high levels of skinning across all three varieties that we’re taking this year (Laureate, Sassy and Diablo).”

He says there seems to be no rhyme or reason to this skinning, with no correlation to early or late crops; some areas just seem to have been affected, with up to 20% skinning in some loads. “We’re putting together a feed bulk for tonnage which won’t make malting grade.”

Skinning aside, quality is fantastic, with nitrogen contents at 1.38-1.4%, bold grains and slightly above-average yields. “Most crops are coming off at 16-22% moisture; some farmers have had a phenomenal harvest,” Mr Catto says.

Harvest has been a stop-start affair down the western side of the country, with a lot cut over the weekend, according to Stuart Dolphin, managing director at GrainLink. “Samples that I’ve seen so far have had good specific weights, protein and Hagbergs – but I haven’t seen anything since the rain. Not a lot has been cut over the past 10 days – until the weekend – and I expect Hagbergs will have dropped.”

Given that farmers drilled Skyfall well into the spring, a lot of the remaining wheat has milling potential – but it is now unlikely to make the required specification, says Mr Dolphin.

Barley is also showing signs of pre-germination and sprouting. “The oats have brackled and lost grains in the high wind, so oat yields will be down – but the beans look alright. The rain came at the right time to fill their pods.”

Spring wheat is now being cut and quality should be reasonable, given that it wasn’t ripe when the weather turned 10 days ago.

Harvest 2020 has definitely been one of two halves, according to store manager Izzie Lawrence at Trinity Grain. “It started well, but we’ve really noticed the quality dropping off since the rain a couple of weeks ago. Some of the later drilled crops have been a disaster,” she says.

Pre-rain, wheat protein contents were lower than normal, in the 12% range, but other quality parameters were fine, and the barley was good, too. “But since the rain we have seen a lot of sprouting, especially in barley, and Hagbergs in wheat are starting to drop off,” she adds.

“The crops that are still out there are really suffering.”

Yields have been similarly affected, with early drilled wheat coming in at up to 10.5t/ha, and more recent crops making just 5t/ha. So far, the store has taken in 67,000t of a predicted 80,000t, so there is not too much left to cut.

“We’ve had to dry a lot since the rain, with some moisture contents up to 20%,” says Ms Lawrence. “But with the drier weekend it’s dropping back to 14.5% now.”

Further east, harvest is about 85% complete – although that masks a huge range. “Some farmers had finished by 1 August, while others have still barely started,” says John Smith, director at Weald Granary. He attributes that to differing soil types and localised weather affecting both drilling and growing conditions. 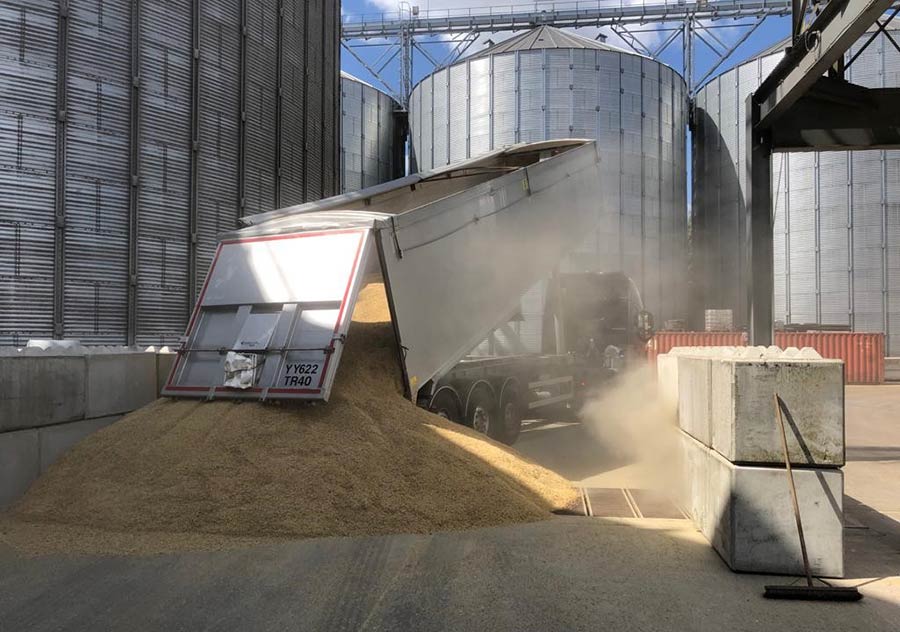 “We had an exceptionally dry start – wheat and barley was coming in at 10.8% moisture. We only started the dryers 10 days ago.”

Early crops from lighter land had low proteins and nitrogen contents, whereas later crops off heavier land showed much higher levels – good news for milling wheat, but relegating a lot of malting barley to the feed heap.

“It’s definitely a lower protein year – milling wheat is about 0.5% below normal, but spring wheat is coming in at around 15% protein so we can blend it up.”