Both oilseed rape and winter barley were the real disappointments this harvest, with yields 10-20% down on the five-year average and very low winter barley specific weights are already leading to deductions. 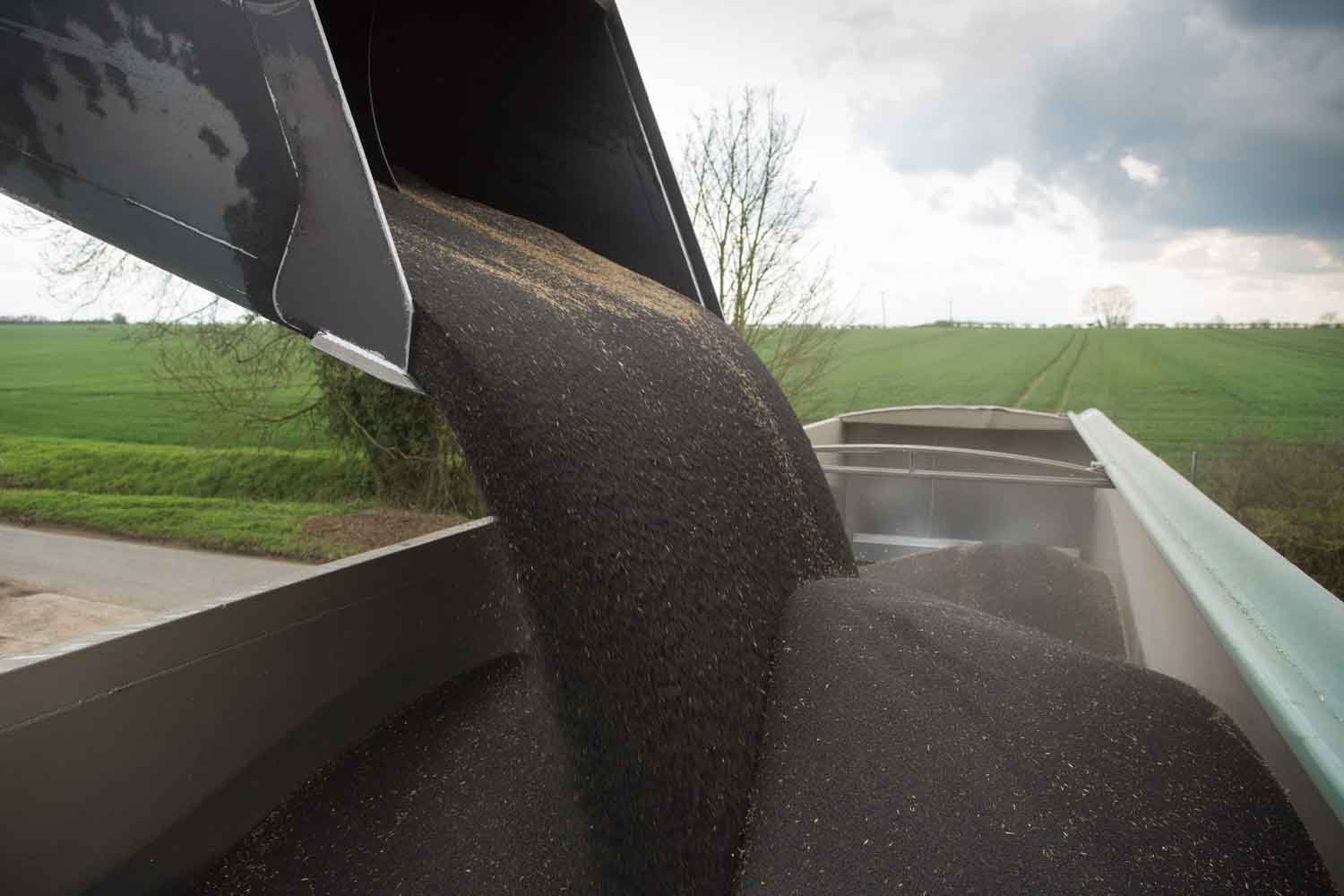 It proved to be a poor year for oilseed rape, with yields falling well below average for most farmers and those in the East were plagued early on with cabbage stem flea beetle infestations.

Last season saw the fourth consecutive reduction in area with estimated total plantings of 591,000ha in England and Scotland.

This compares with 647,000ha in the previous year.

Isobel Robinson, AHDB market analyst says: “The prospect of historically poor market returns at planting was likely to have been a key factor behind the fall in oilseed rape area.”

The mild autumn and winter meant oilseed rape crops got off to a promising start for many growers outside of the East.

However, the lack of sunlight from April to June meant crops did not get the energy during pod fill to advance yields.

Across the UK, yields have typically been 10-20% below average, according to the ADAS harvest report, ranging from as low as 1t/ha up to 5t/ha, with the average estimated at 3-3.2t/ha – 11-17% below the five-year average.

“North-east yields typically ranged between 2.5t and 3.6t/ha, while in Scotland yields have averaged 3t/ha,” says the report.

Provisional AHDB Recommend List trial results for seven trial sites in the East and West regions saw gross output average 4.65t/ha, which is well below the 2013-16 average of 5.45t/ha.

In the North it was a similar picture, with provisional results across four trial sites averaging 4.43t/ha, down from 5.27t/ha.

Owen Cligg, trading manager at United Oilseeds, says the crop has been a mixed bag with various problems in different regions.

East Anglia was again badly affected by flea beetle, while in Northamptonshire there were indications of club root, and further north, wind damage. “All in all, yields have been disappointing.”

It has been the worst year yet for flea beetle in the Eastern counties, with even those who managed good establishment being later affected by larvae infestations, according to Simon Kightley, oilseeds and pulses specialist at Niab.

“There were problems at establishment due to adult beetle grazing and then there were issues with larvae throughout the winter as it was so mild.

“The later-sown crops were the most vulnerable and even those with neonicotinoid access did not get an easy ride,” he says.

Generally speaking, the autumn and winter were pretty normal seasons, but then there was another late cold spring, explains Mr Kightley.

“There was a late onset of good growing conditions and then, certainly in the East, pigeons suddenly came into crops just before Easter and did a lot of damage.”

There were then late frosts that delayed flowering, alongside large numbers of pollen beetle.

Farmers also missed a lot of later insecticide control, on top of reduced bee pollinating due to the dull weather.

“There was plenty of rain in the spring, so soil moisture was never a limiting factor,” says Mr Kightley. However, from April to June, the weather was very dull, which affected flowering and hence suppressed both yields and oil content.

Fortunately, farmers have benefited from little to no drying costs at harvest, with typical moisture levels around 8%.

In terms of varieties, the ongoing battle between conventionals and hybrids continues, says Mr Kightley.

In the AHDB East and West trials, three of the top four varieties are conventionals, with candidate Flamingo coming out on top, with a gross output of 114% in 2016 and a 109% four-year average.

“Elgar, which had such a fantastic year last year, dropped a few percentage points to be six points off the best, but its four-year average puts it equal top, at 109% of the control,” he adds.

Hybrids came out on top in the AHDB North trials, with Exclaim, Explicit and Exalte all at 109%, followed by conventionals Anastasia and Nikita at 118% and 117%, respectively.

“There is no clear differentiation of yield between conventionals and hybrids but there is something for everybody with ranges in height, disease, early flowering and maturing,” says Mr Kightley.

In Niab’s trials across six sites, Nikita came out top due to its high oil content. “The high oleic, low linoleic (HOLL) variety V 316 OL has maintained its standing as a good variety and is still up with the best,” says Mr Kightley. 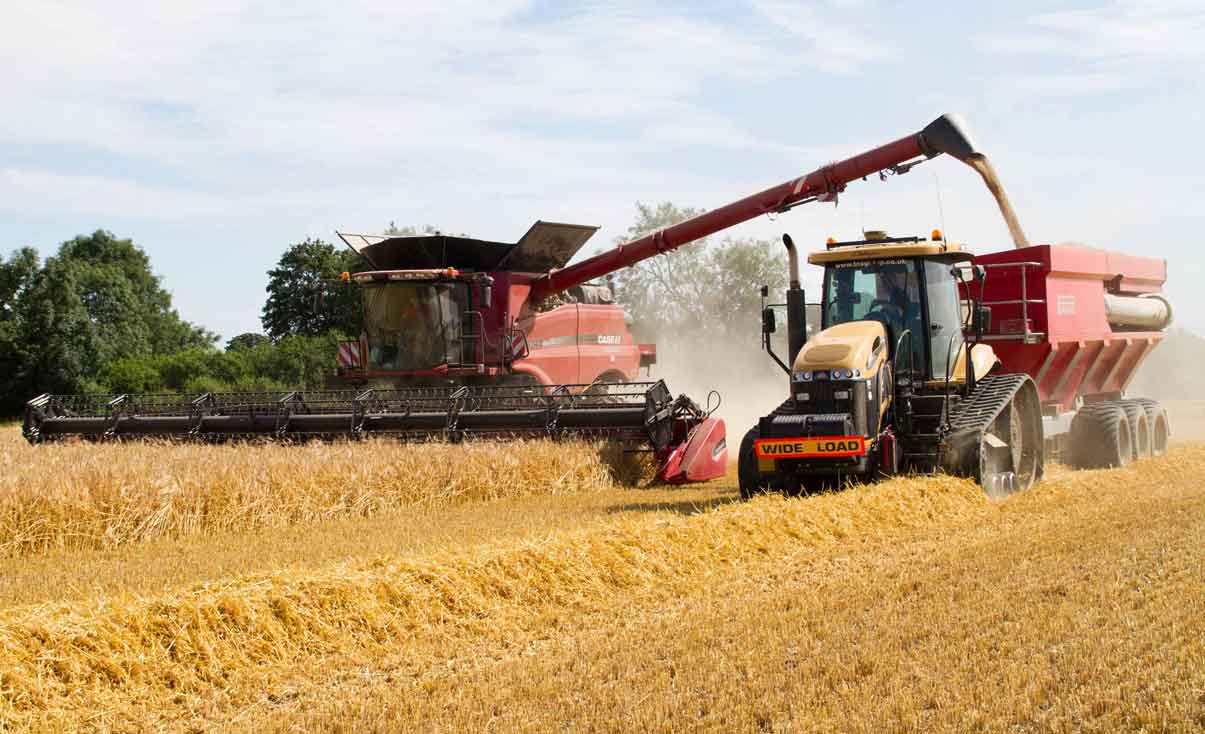 Winter barley yields suffered the most from poor early summer weather, despite crops looking good leading up to combining, while spring barley has been the best crop of the year.

A fairly wet winter, followed by a late spring and a dull June meant there was disease about in winter barley, especially barley yellow dwarf virus, says Clare Leaman, cereals specialist at Niab.

Though yields have been down across the board, they have also been variable, with northern regions doing slightly better than the South due to the later ripening of winter crops.

Winter barley crops suffered worse than any other crop from the poor conditions, with the cool and dull weather coinciding with maturity and grain fill, says David Leaper, agronomist at Agrii.

“Crops then had their feet in wet and cool soil all summer, meaning there were noticeably higher levels of root-based diseases such as take-all. When barley gets a root disease it does not utilise water well and this prevents grain fill.”

There were also bad storms in some areas and cases of lodging, brackling and necking.

As a result, it has been a challenging harvest for winter barley, with very variable yields and quality, high screenings and low specific weights, with some crops unmarketable, says Mr Leaper.

A large percentage had specific weights below 60kg/hl, with some as low at 48kg/hl.

The ADAS national yield estimate for winter barley is 6-6.2t/ha, well below the five-year average of 6.8t/ha.

Yields have ranged from 3.7t to 9.6t/ha, with the better yields reportedly from later-drilled crops and poorer yields from those affected by waterlogging or disease.

Specific weights have averaged 58kg/hl, while malting grain nitrogen levels are around 1.4% and screenings between 5% and 20%.

“On a positive note there has been an increase in hybrid barley, driven by blackgrass.

One of the dilemmas is that growers want higher yields but grains are often thinner as a result, according to Simon Oxley, Recommended List manager at AHDB. In trials Cassia, though not the highest yielder, has the highest specific weight of 68.9kg/ha.

“It is not surprising that the lower-yielding varieties have higher specific weights.”

Belfry and Bazooka are top yielders in the trials and are going in the right direction to achieve both yield and specific weight, he adds.

Spring barley has performed much better as its later maturity meant grain fill coincided with the better weather.

“Generally screenings have not been high and quality has been good,” says Mr Leaper.

“However, later crops were less good and those on heavier land did not cope as well as crops on lighter land, with some quite high screenings.”

Even so, poor crops on the Continent mean maltsters cannot top up supplies from elsewhere, so there is still a market for poorer-quality malting barley.

Spring malting crops have ranged from average to good, with much yielding 5.5-7t/ha, and some at 8-9t/ha.

“Skinning is a problem but maltsters and distillers are taking it for now,” says Mr Leaper.

“Some nitrogen contents are on the high side so there could be more claims and rejections but the prospects for export are hopeful.”

The latest ADAS harvest report estimates that 70% of spring barley was harvested by 6 September with yields averaging 5.7-5.9t/ha – just above the five-year average of 5.6t/ha, with a range from 5.1t/ha to 9t/ha.

Specific weights averaged 65kg/hl, with screenings around 4% and nitrogen levels at 1.6%.

In provisional results for the AHDB Recommended List trials, spring barley yielded 8.14t/ha compared with the 2012-16 mean of 7.70t/ha.

Irina had a good year, while Planet did well in trials but less so on-farm, says Mr Leaper.

According to Mr Oxley, there has been more interest from end-users in the dual-purpose distilling and malting varieties.

“At 99% of control, Odyssey is doing better than Concerto and so is Octavia at 101%. Laureate, a provisional, looks exciting at 105%. It is one worth keeping an eye on for the future, but do not jump just yet.”