The high temperatures in August and early September mean maize harvest is close for growers in the South and the West.

This is according to Neil Groom, technical director of Grainseed, who is advising growers to monitor fields for maturity.

“Growers in the West have some great crops, with lots of bulk and excellent cobs, and those in the East are predominantly good too, except where soils were waterlogged or compacted, restricting growth when the temperatures did improve in early July on the East,” he said. 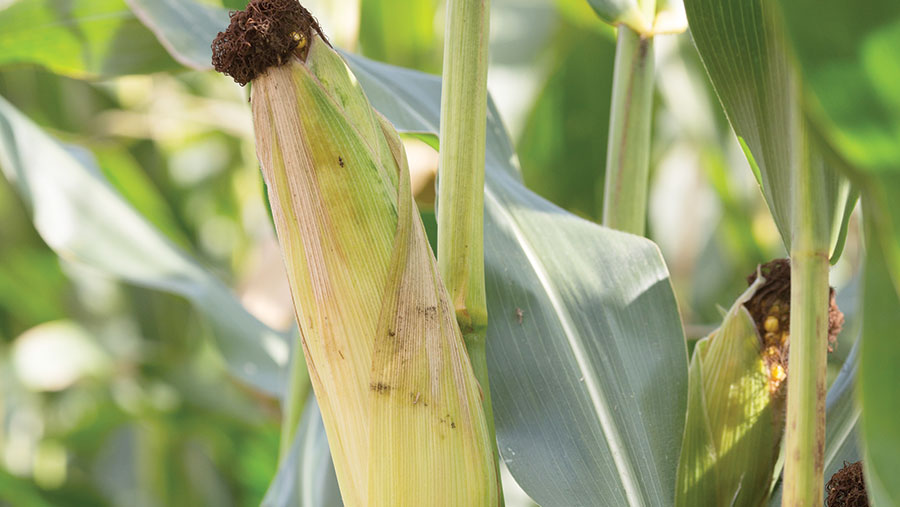 Mr Groom says now is the time to start monitoring your fields for maturity to ensure the crop is cut at the optimum dry matter of 30-35% for cow or AD performance.

He says cobs should be mature and farmers should only be able to squeeze only a small amount of juice out of the base of the grain.

He adds plants should still have some green leaf to ensure great compaction in the clamp during rolling.

If the high temperatures persist, Mr Grooms says, growers should look at their fields twice a week.

“Crops can increase in dry matter by 5-6% a week when temperatures are above 25C and in a drying wind.

“Avoid the headlands and gateways and examine both the cobs and the stalks for moisture and let your contractor know what level of maturity you have so he can plan his cutting schedule accurately.”