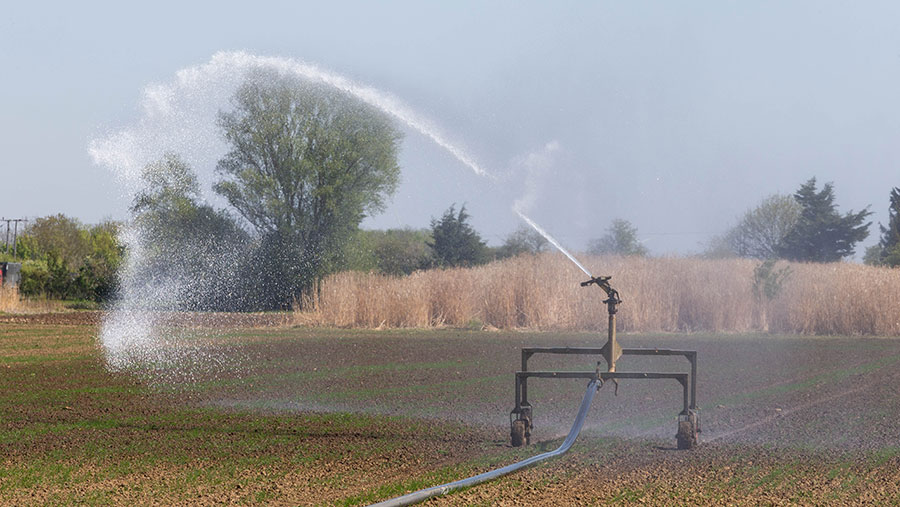 Reduced winter cereal plantings after the washout winter prompted a rise in spring wheat and barley plantings this season.

But the dry spring is adding to the gloom for growers, with many faced with patchy spring crops in desperate need of rain.

Essex grower Guy Smith said his farm in St Osyth, which is recognised as the driest in the UK, has seen just 24mm of rain since the first week of March. Consequently, spring crops drilled in April are poorly rooted and badly established.

“I’m desperate for rain as soon as possible,” Mr Smith told Farmers Weekly. “Crops are suffering now. They’re at a stage where they’re in need of a good soaking, especially the spring crops.”

Mr Smith said his harvest was “getting smaller every day”, as fertiliser didn’t get properly washed in and crops have dropped tillers.

Mixed farmer Paul Temple, who farms 300ha of cereals and 100ha of grass in Driffield, East Yorkshire, said his crops were “desperate for moisture”.

“The oilseed rape that wasn’t looking good now looks positively desperate. The spring barley needs a drink. The winter barley is looking vulnerable and the wheat is losing its tillers,” he added.

Mr Temple has taken an early first cut of silage, as it “isn’t growing well for the cattle”, and hopes the rain will come and allow a further two cuts.

“The one thing that keeps me awake at night isn’t Brexit or the coronavirus – it’s the dry conditions,” he said.

Lincolnshire grower Andrew Ward, who farms 650ha of arable land near Leadenham, reduced his spring barley acreage this season because of poor prices and instead planted more spring wheat.

Yield prospects have been reduced because of a later drilling window (23 March to 10 April), Mr Ward said. He is forecasting spring wheat yields of 7t/ha this year, compared with a five-year average of 8.8t/ha. He expects spring barley yields to average 8t/ha, compared with 8.75t/ha in a good year.

“We set the drill a bit deeper because we knew there was a dry layer of soil on the top and went a bit slower,” he said. “But the speed with which the crop did emerge might have recovered some of the lost yield.”

Mr Ward said winter wheat and sugar beet crops “desperately need rain” in the next two to three weeks – but there is none in the forecast.

The Met Office says high pressure is set to dominate over the next month, with temperatures set to take an upward trend. In early June, showers can’t be ruled out, but any prolonged spells of rain are most likely in the North West and far northern areas. 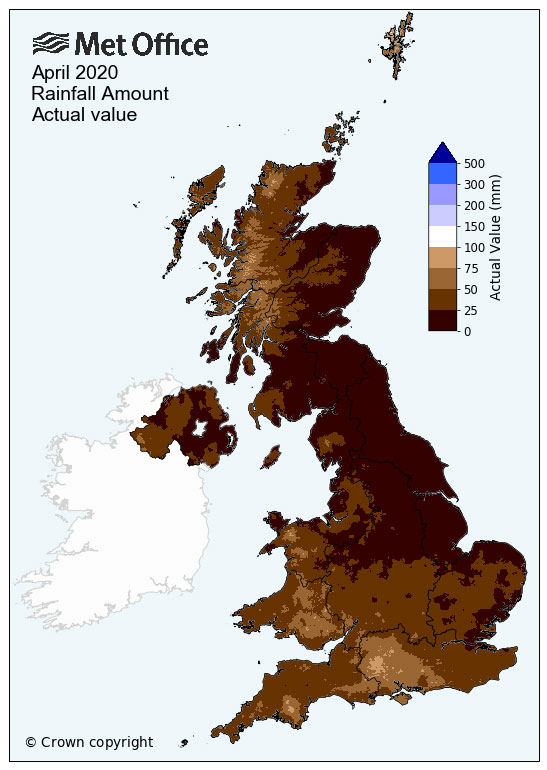