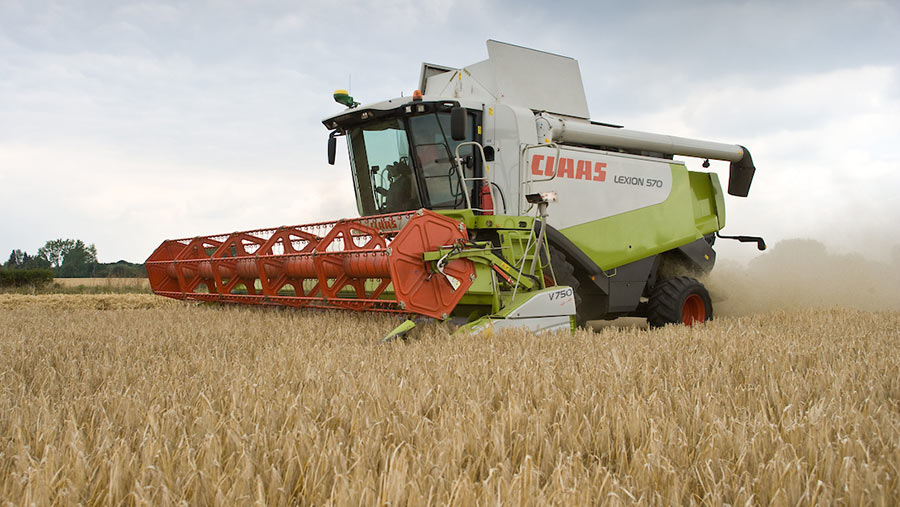 With the recent warm weather, harvest is underway in parts of the UK with the first combines rolling into fields of winter barley.

Initial yields have shown to be good despite the spring drought.

Eastern counties have been among the first to start the cereal harvest, closely followed by areas of Lincolnshire whilst preparations in the south-west of the UK are taking place.

The middle of June kick-started the pea season across Lincolnshire and East Anglia, while whole-cropping of cereal forage and rapeseed desiccations are on track.

We take a look at the tweets that have arisen as growers and operators get into the full swing of harvest.

Combining at Heygate Farms in Norfolk has made good progress with the 760 Claas Lexion.

#harvest19 someone’s made a start ??? pic.twitter.com/8sdzfnKpPI

Mixed farmer Ashley Rowe is ready for action with his combining service in Cornwall.

Claas combines have kick-started the season in South Lincolnshire.

#Harvest19 is go. In South Lincolnshire on limestone heath pic.twitter.com/mSXnpaSaFK

Workers at World Engineering were all go in the early hours, ready for the start of the pea harvest season in Lincolnshire.

Farmer Craig Newton was up and running foraging whole-crop rye in Lincolnshire.

Sprayer operator Alastair Baseley‏ had desiccated the first of his oilseed rape crop, ready for harvest at the farm in Nottinghamshire.

Agricultural contractor Wombwell Farms, Cambridgeshire is hiring this summer – it’s not too late to be part of this year’s harvest.

Short of a trailer and cultivation’s driver for this harvest……. anyone keen to be part of a 5 person harvest team. Please get in touch! A retweet would be lush #harvest19 pic.twitter.com/gWsfqUdFvK