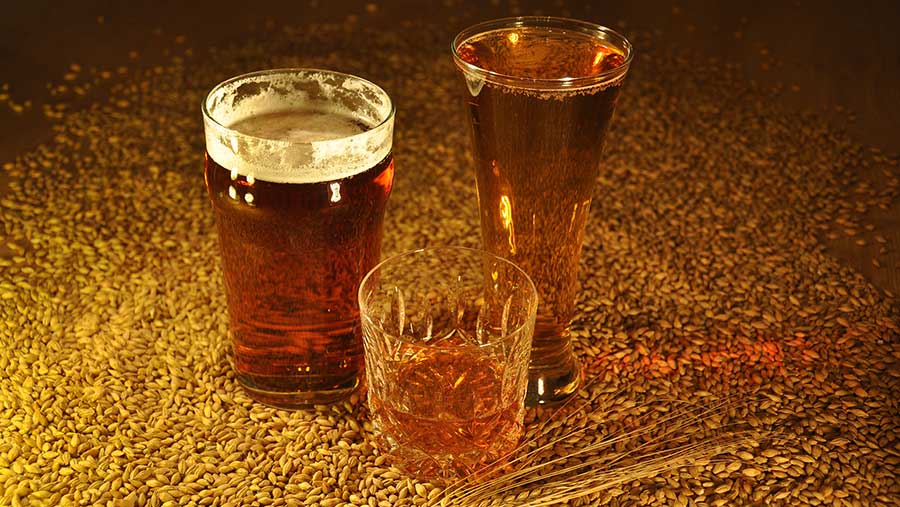 PR photograph DO NOT REUSE

Spring malting barley Laureate could capture up to 20% of the certified seed market in Scotland next season after gaining approval from the malting industry for use in brewing and distilling.

The Propino stablemate, from seeds and spray giant Syngenta, is the highest-yielding variety on the Recommended List to have full approval in both markets from the Institute of Brewing and Distilling (IBD).

It could be the solution for northern growers looking to move on from maltsters favourite Concerto, which has had dual IBD approval since 2010.

See also: How to achieve success with malting barley on heavy land

And while older, tested varieties continue to dominate the market, emerging varieties such as Laureate could tempt growers with fungicide treated yields in Recommended List trials at 105% of control – approaching 8t/ha.

In addition, the new variety has a robust agronomic package against key diseases mildew and rhynchosporium, coming in with ratings of 8 and 6 respectively.

In comparison, Concerto has been languishing behind the pack with the second-lowest yields on the List, at 94%, meaning yield jumps of 11% could be on the cards for those tempted to switch.

“The industry has definitely moved back to wanting single varieties suited to both markets, and Laureate puts growing for distilling back on a more equal yield footing with growing for brewing.”

He explains distilleries will be analysing bigger samples of grain again this season to give further weight to the IBD testing data, but should be able to signal their intent by Christmas.

This means growers will have time to take that feedback on board ahead of finalising their planting decisions in spring 2018.

Mr Barker says with positive signals from the distilleries, he expects Laureate to take 15-20% of the certified seed market in Scotland, and 10-15% in England.

A smaller segment of the market in England is likely as it will run into stiffer competition from brewing varieties such as Laureate’s stablemate, Propino, as well as Planet, from RAGT.

Visitors to the Cereals 2017 event on 14 and 15 June at Boothby Graffoe will be able to see plots of Laureate in the ground on the Syngenta stand.