CF Fertilisers is the UK’s only manufacturer of Ammonium Nitrate, 34.5% N fertiliser ‘Nitram’. Its iconic blue bags have been a staple of British agriculture for over 50 years.

Its signature product Nitram sits alongside an extensive range of superior quality AN-based True Granular Compounds, with combination of N, P, K and S to match the needs of UK arable and grassland producers.

Ongoing research and development to improve efficient use of products on-farm combined with investment in knowledge transfer across the industry will secure nitrogen fertiliser’s position at the heart of UK agriculture, believes Dr. George Fisher of CF Fertilisers.

“Like many other agricultural inputs, nitrogen-based fertilisers are increasingly under the spotlight as the industry moves towards more sustainable methods of production. 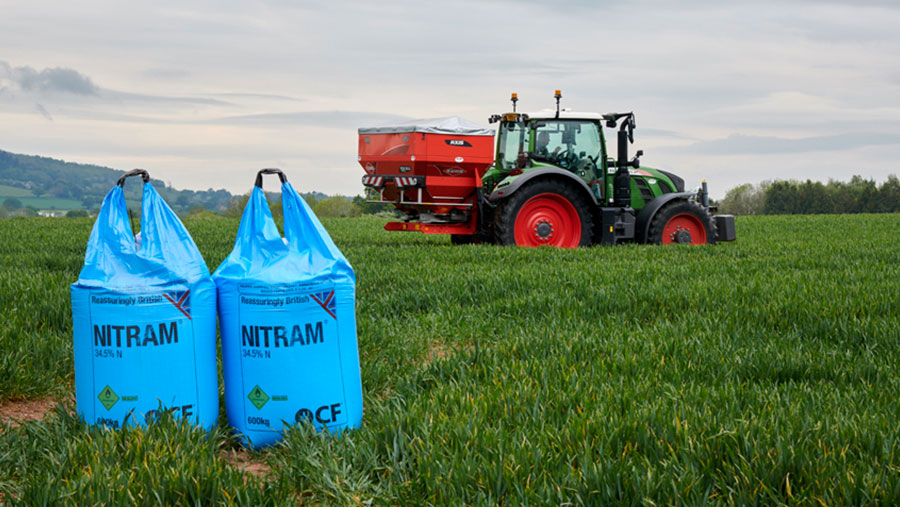 “Producers have worked hard to become more efficient in their nitrogen use in recent years producing ever greater amounts of food from the same, or less, nitrogen inputs, and this is a trend that will become even more important in the future.”

As a relatively small Island, Great Britain is largely dependent on home-grown crops and livestock for fresh food, milk and meat products with nitrogen essential to this, he points out.

“Around 40% of all food protein is derived from manufactured fertiliser with the majority of our staple food groups being highly dependent on nitrogen use.

“One million tonnes of nitrogen are used in British agriculture every year and with CF manufacturing and supplying up to 40% of this, we are a company absolutely at the heart of UK food production and take this responsibility very seriously.”

Producing 40% of fertiliser used in the UK, every year CF Fertilisers contributes directly to the production of:

Focusing on the future

Responsible production and use of fertiliser will become increasingly important in the future and must align with an increasingly complex legislative framework.

“It’s increasingly important to ensure that every kg of nitrogen fertiliser applied ends up in plants to produce food and is not lost from the system. Doing so makes sense from all viewpoints.”

The Clean Air Strategy 2019, for example, has focused peoples’ minds on nitrogen fertiliser use efficiency (NfUE) with a suggested move away from urea to AN or inhibited urea products to reduce ammonia emissions, he explains.

“Efficiency values for crops typically range between 50% to 80% but it is clear that better quality, AN-based solid fertilisers are at the top end of this scale whereas urea-based products, liquids and blends tend to be at the lower end.

“Even with inhibited urea products designed to reduce loss of ammonia to the air, volatilisation is still an issue.”

Whilst focusing on choosing the right product to maximise NfUE, following the principles of the 4Rs of nutrient management can also help ensure the highest levels of responsible fertiliser use on-farm, George Fisher says.

“In terms of right source we would always advise using ammonium nitrate (AN)-based fertiliser as they haven been proven time and time again to be the cleanest and most efficient sources of supplementary nitrogen.

“Our CF N-Min soil testing and N-Calc applications assessment tool have proved invaluable for many growers in establishing the right rates and right time is best achieved by using the more stable AN over urea in the UK’s maritime climate.

“CF’s prilled Nitram AN has shown the test of time over the last 50 years in terms of accuracy of spread so this addresses the right place requirement as do our ‘spreader-optimised’ NS, NPK, NKS and NPKS true granular compounds with their higher number of nutrient landing sites than blends.” 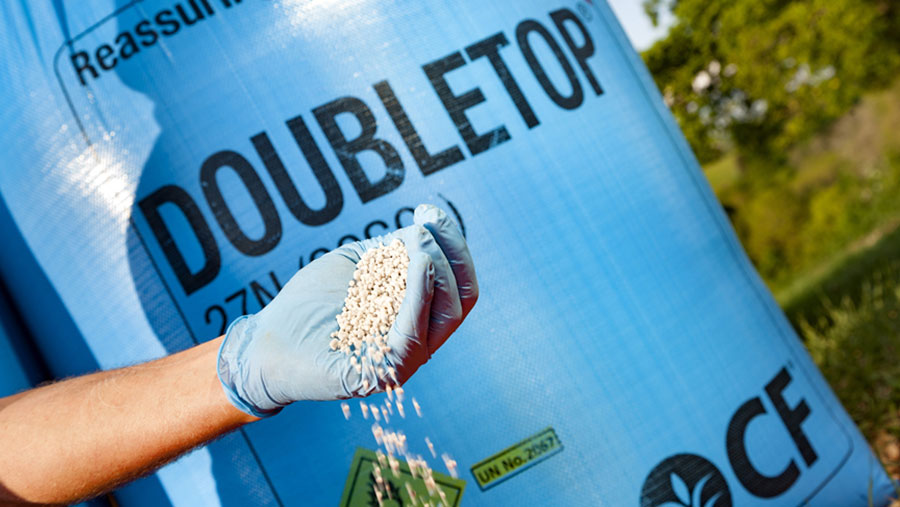 Another key component of making fertiliser fit for the future is focusing on the carbon footprint of manufacture, George Fisher points out.

“CF has made major steps in reducing the greenhouse gas production associated with manufacture, worked hard to produce accurate carbon footprints for all our products and made significant steps forward with best practice technology throughout all our processes.

“For example we’ve installed state-of-the-art N2O abatement technology on the nitric acid plants at Billingham to reduce N2O emissions by 3000 tonnes every year and all told we’ve reduced the carbon footprint of Nitram production by 40%.

“Working with the Carbon Trust, CF has also produced independently verified carbon footprints for its entire range of fertilisers as well as the ammonia and nitric acid used in the manufacturing of our Ammonium Nitrate.”

Emerging legislation, such as that coming out of the Clean Air Strategy, will put increased emphasis on fertiliser choices make using urea increasingly difficult in the future, he says.

“Every producer, whether livestock or arable, should now carry out a nutrient plan and carbon audits will become increasingly important in the future.

“Some milk buyers are already asking their suppliers to provide this information and one of the biggest elements of this is your nitrogen fertiliser use.

“This is a direct result of the decisions we have made around our own best practice and de-carbonising the manufacturing process.

“Developments such as this allied to the investments we have made in fertiliser performance and R&D, means CF products will remain at the forefront of N-efficient food production for many years to come.”