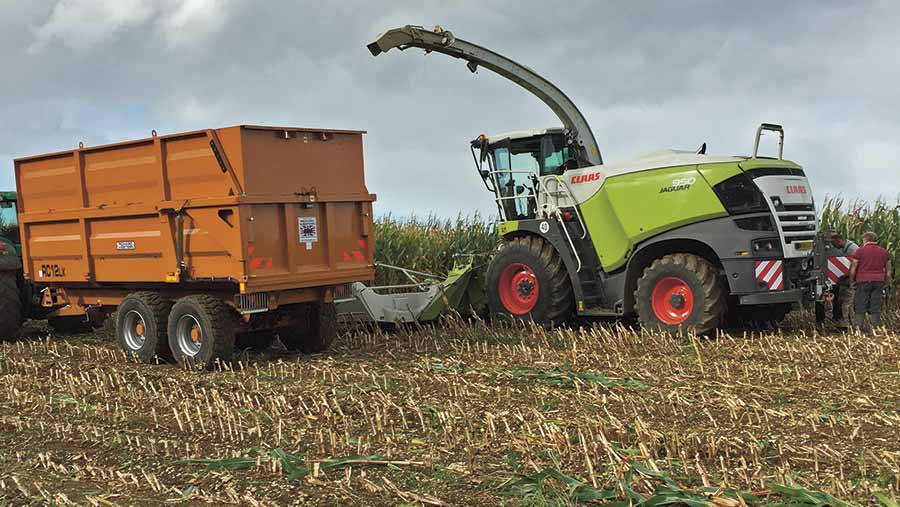 Arable growers who live in a dairy-farming area or near an anaerobic digestion plant could improve soil fertility and protect yields of following crops by adding maize to their rotation.

Andy Fussell, who farms near Frome in Somerset, says maize can be a restoring crop which is keeping his hungry brash soils in good heart by providing a great opportunity to plough and add manure.

He is taking advantage of a large dairy farmer on his doorstep by selling the crop as cattle feed and also getting a large amount of farmyard manure in return.

And, weather permitting, he is able in a normal season to get winter wheat in after the crop is harvested, meaning that maize has slotted in neatly ahead of the first cereal slot.

This year he completed harvest by 16 October with yields of 35t/ha, with payments on a per tonne basis between £30-32/t, and a charge of £1/t for the manure going the other way.

Read why he settled on maize as a break crop and his top tips for growing it below.

Rapeseed the core of the business

A large portion of his owned, tenanted and contracted 320ha cropping area is turned over to oilseed rape production to meet the demands of his rapeseed oil business, Fussel’s Fine Foods.

Until recently this was grown in a one-in-two rotation with wheat, but a growing problem with clubroot and herbicide-resistant blackgrass and ryegrass led to him to consider lengthening the cropping cycle to preserve cereal and oilseed rape yields.

After trying spring barley and winter beans and finding they were too poor yielding, he first settled on winter barley as an additional cereal crop, and is now in his second season of maize growing with 22ha harvested this year, bringing the oilseed rape rotation out to a minimum of one-in-four years.

Maize a benefit to the rotation

Mr Fussell says having a spring crop has been useful for additional stale seed-beds to control blackgrass, but the main benefit is the opportunity to bring manure into the system.

He adds the absence of livestock in the rotation, the fact that all straw is baled and a short rotation in the past had seen his shallow soils get severely depleted of fertility.

“It’s ground that I struggle to keep in good heart,” he explains, saying he switched to min-till to preserve the top layer of fertility as the clay below it can be either too wet to work or bakes into unworkable clods.

In spite of initially shying away from growing maize as he believed his ground was too wet, he says the crop has flourished so far, and left behind a pleasing weed-free seed-bed.

He is targeting his most troublesome fields to establish the maize, and says the low-maintenance nature of the crop means it does not have to be block sown in adjoining fields.

The bulk of the workload is at establishment time, with stubbles having 25t/ha of manure applied, and then the first pass with a plough burying to a depth of just 75mm (3in) to avoid bringing clay to the surface.

This is then power harrowed before drilling, with half the 100kg/ha of nitrogen applied in the seed-bed, and the other half at emergence.

A pre-emergence herbicide is applied for grassweed control, but once the crop is up and away there is no more work to be done until harvest time.

“A friend told me maize will identify where your existing problems are, and that proved to be correct,” says Mr Fussell.

He adds last season there was very variable growth in the crop despite a good establishment phase which highlighted phosphate and potash deficiencies which have now been corrected with sewage cake.

1. Soil test the season before and make sure to deal with any phosphate and potash deficiencies. 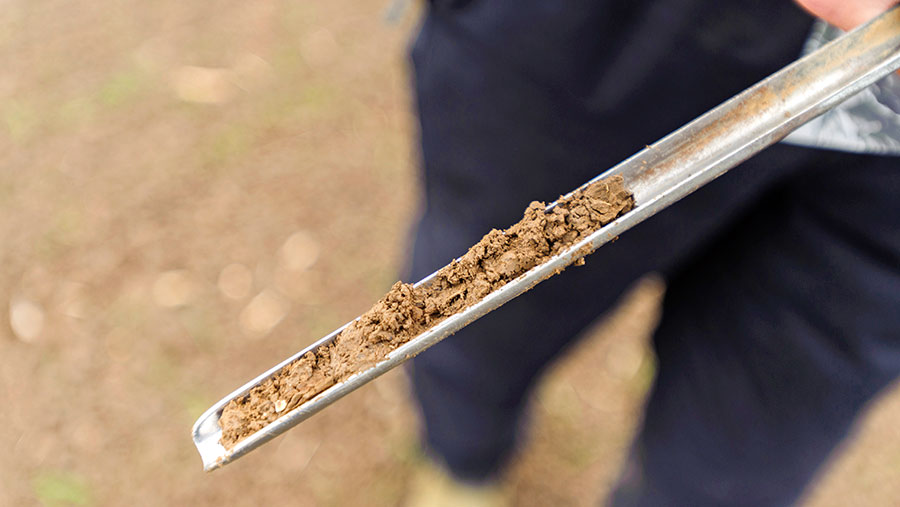 2. Try and leave as little stalk behind as possible to assist with establishment of the following crop. If a significant amount is left then go through with a topper. 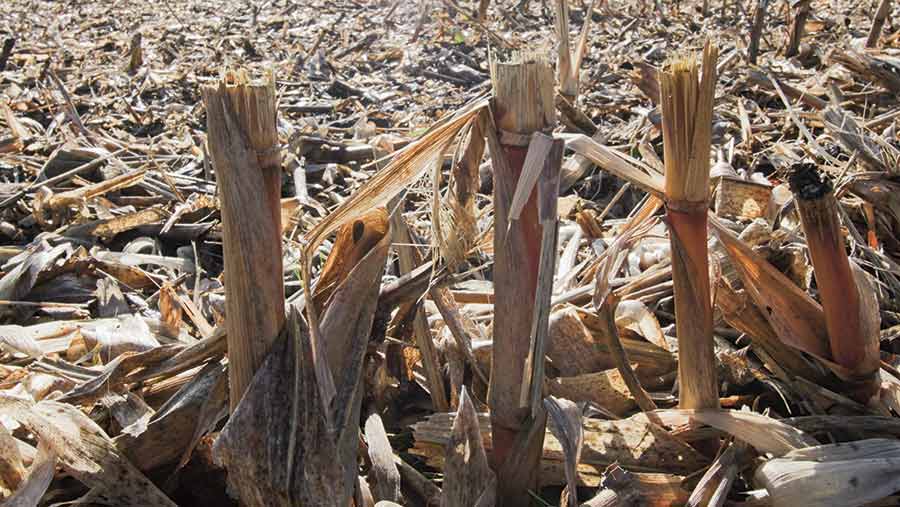 3. Don’t be afraid to grow two crops back-to-back if you think soil fertility would benefit from a second application of manure. 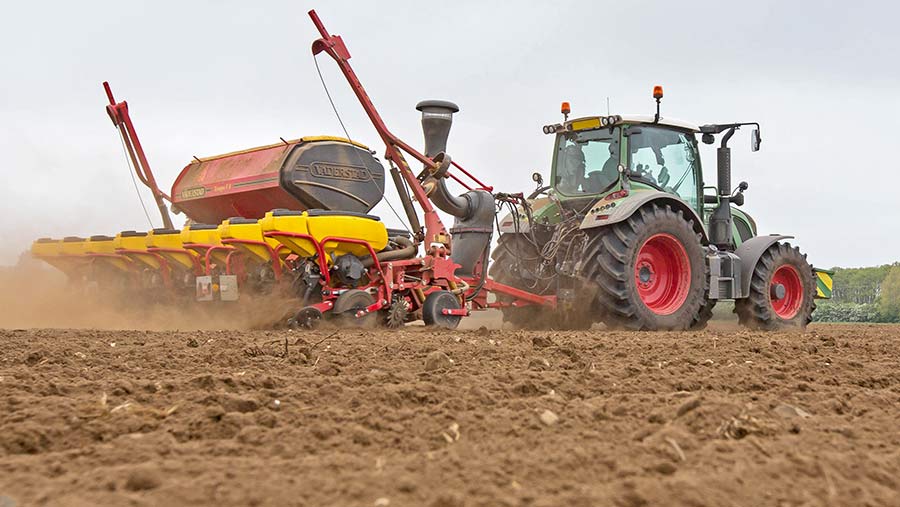 4. Consider putting in buffer strips on sloping fields to prevent water and nutrient run-off, and make sure to take steps to preserve soil structure if a following crop can’t be established before winter. 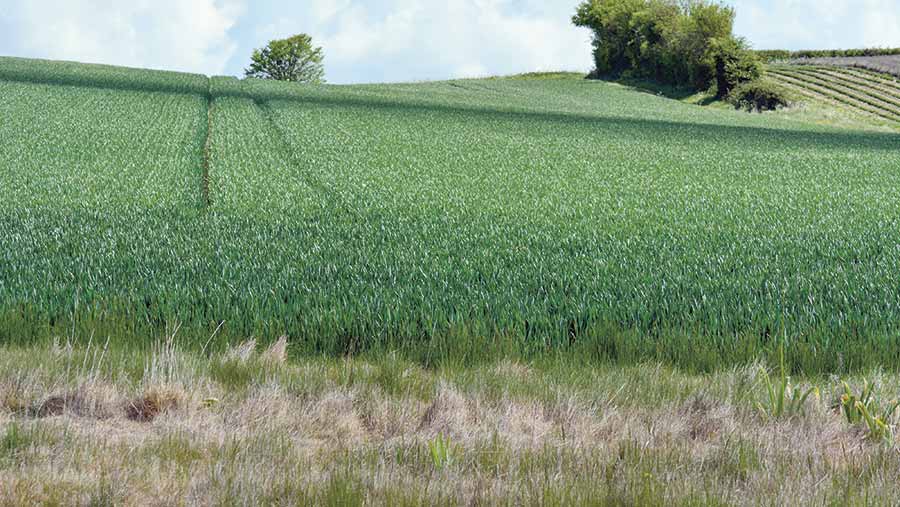 5. Investigate areas of poor growth as these are often indicators of an underlying problem such as compaction, waterlogging or nutrient deficiency. 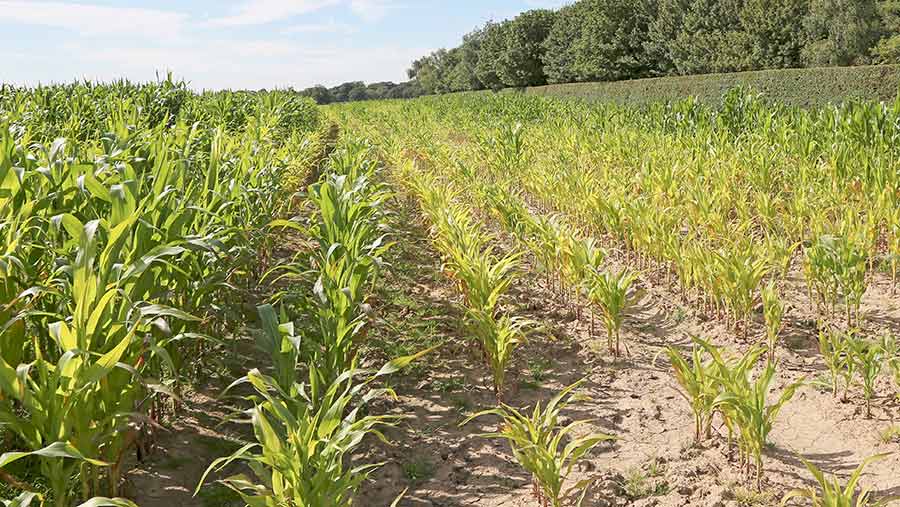