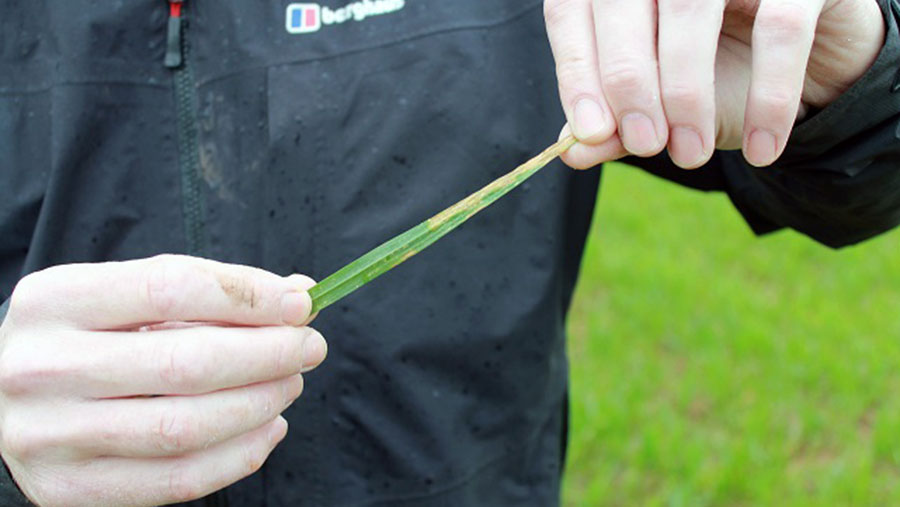 Mixed farms face additional pressures when it comes to wheat disease management and one West Country farmer has cracked a way of successfully managing yield-sapping disease.

Despite these challenges, grower Jonathan Lee is successfully hitting the key wheat fungicide timings and believes it doesn’t have to be complicated or too costly.

Mr Lee is a mixed sheep, beef and arable farmer, responsible for treating around 2,000ha a year on his family’s Uppincott Farm, Crediton, near Exeter, as well as spraying for a contracting business run with his brother, James.

Given the challenging climate, the farm is particularly susceptible to a host of crop diseases. “Our biggest problem on the farm is Septoria tritici,” says Mr Lee. 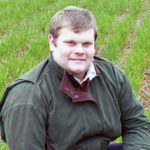 This pressure is so great that it can make a huge difference to disease ratings, explains Agrii agronomist Mark Smyth.

“With the high rainfall levels and relatively mild winters, you can easily take a point off the Recommended List’s septoria rating for when you’re growing wheat in the South West.”

The climate also limits the number of spray days. Mr Lee says that, on top of this, spraying is made more difficult by smaller fields and less than ideal terrain – factors faced by many other farmers in the region.

Though the land is ring-fenced with 142ha at Uppincott Farm and a further 121ha eight miles away near Stoke Canon, having small fields – many less than 4ha – means downtime is an issue.

“On average, our downtime is about 30-50%,” says Mr Lee. “A lot of time is taken up with folding up booms, travelling and filling – there’s also a lot more headland work. The fields at Stoke Canon are bigger – around 12ha – and the difference is obvious.”

Disease management starts before the seed is drilled, with careful variety choice being the first line of defence, says Mr Lee.

“We’re always looking to use varieties with the highest resistance levels and tend to try new varieties, alongside our own seed that we keep back,” he explains. 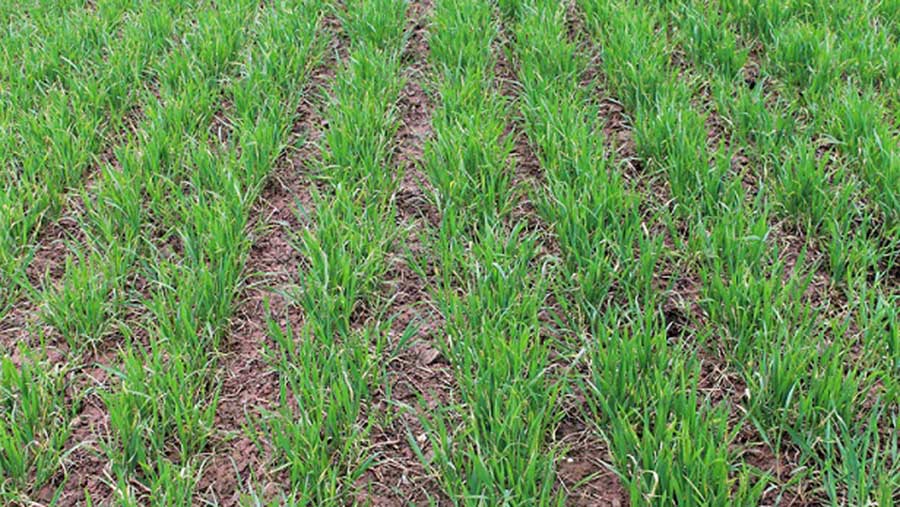 “This year, we’re growing Sundance which has one of the highest septoria resistance levels and we’ve grown Skyfall now for two seasons – disease prevention is on par with yield for us.”

Drilling date is slightly delayed, with a target date of 25 September onward and optimum timing being the first week of October. Mr Lee has found drilling any earlier than this gives the opportunity for septoria to take hold.

Uppincott Farm is classified as “moderate” for rainfall, receiving 30-50 inches a year. Combined with higher wind levels due to its hill location, spraying days can be limited.

Machinery choice, in particular nozzle selection, is therefore critical, and having the right kit enables Mr Lee to keep on top of disease.

The farm uses a Berthoud-mounted 1,600 litre sprayer with 24m booms due to topography limits, and with GPS to improve precision.

When spraying, he uses a New Holland T7.200 with vario transmission, which is particularly useful for spraying on steeper ground due to continuously variable transmission (CVT) enabling infinite speed control.

Because of the wind, low drift nozzles are used around 90% of the time with volumes of 130-150 litres/ha and speeds of 12kph.

“I use air induction nozzles and have found this low drift option noticeably helps when you’re battling with additional wind pressure. We run a flat fan as well, but that is only used when conditions are perfect.”

Even though Mr Lee has the varieties and chemistry in place to tackle septoria head on, as a mixed farmer the biggest challenge is balancing feeding livestock and work in the field.

This is especially the case at the vital T2 flag leaf stage, which often clashes with foraging and silage making. 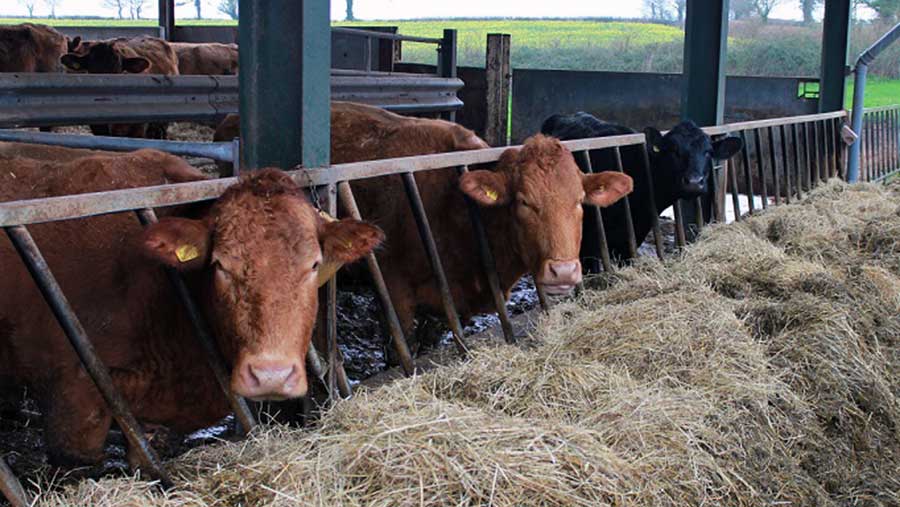 Cattle at Uppincott Farm in Devon

“We need to work with what we have, and using solid varieties and good chemistry buys time and flexibility. My brother James and I, and our father Nick, all work well together.

“The livestock is at the top of priorities, but spraying and arable work is up there with the most important things on farm,” he explains.

The local obstacles to spraying mean that average downtime is about 30-50%, with a lot of time taken up with folding up booms, travelling and filling.

The fungicide programme at Uppincott Farm starts with a T0 of an azole plus the multisite protectant chlorothalonil, with a maximum of three to four weeks between successive treatments.

Mark Smyth of Agrii says that the use of multisite fungicides are critical, especially now that septoria resistance is being picked up and that the azoles are only giving about 30% control.

Paul Haynes, agronomy manager at BASF, agrees. “I believe it’s irresponsible not to include multisite products and triazoles with the SDHIs,” he says.

“We need to think longer term and protect the chemistry we have available through responsible stewardship.”

Mr Smyth adds that the favoured SDHI is fluxapyroxad which gives a good balance of curative and protective activity.

“The best SDHI in the South West is Imtrex and that’s what’s used here. In trials, it has shone through – the septoria control is very good,” he says.

Mr Smyth estimates a robust programme such as used on the farm costs between £150/ha and £175/ha, but he adds that the return on investment is well worthwhile.

In trials, robust fungicide programmes yielded 12-13t/ha against just 5t/ha in untreated plots, with an additional 0.5t/ha gained in the South West where an T3 ear wash fungicide was used.

Where disease pressure is low, costs could be cut back to around £130/ha, although this increases the overall risk of loss, says Mr Smyth.

“Everything depends on the weather. It’s better to add £10/ha in costs than lose £50/ha in yield – you can’t take your eye off the ball with septoria,” he emphasises.