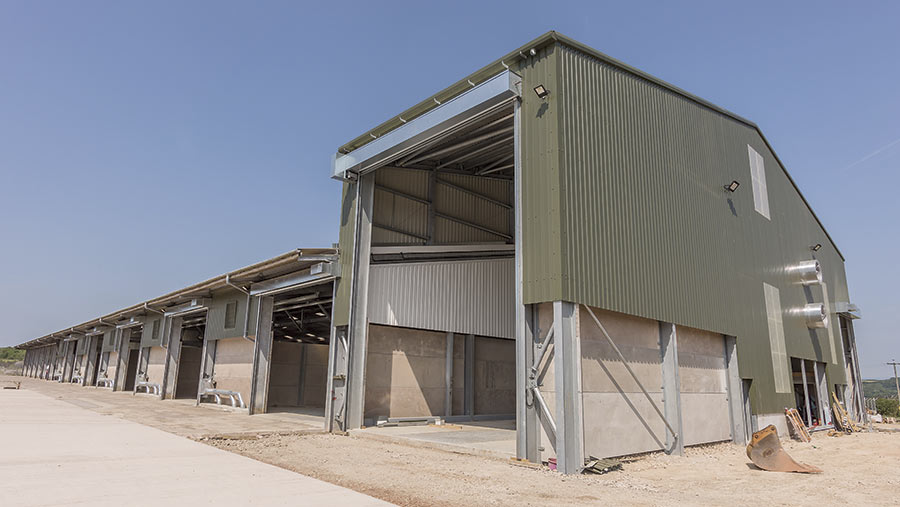 Switching to variable-rate drilling has increased wheat yields by 1.5t/ha on a large mixed farm in south Wales by improving productivity on wetter land. This has also helped justify significant investment in new grain-drying facilities.

Penllyn Estate joint farm managers Damien Burnell and Andrew Shackell have been open-minded adopters of modern technology, and say higher seed rates on their wetter land is the main reason average yields have increased from 8.5t/ha to 10t/ha in recent years.

The enthusiastic duo say the precision farming technique is a key part of their blueprint for arable success in the wetter West, alongside robust varieties, good soil structure and coping with wet harvests.

Farming 485ha in the small Welsh arable belt in the square between the M4, Cardiff, Bridgend and the coast, decisions on the arable side are based on the weather, with average rainfall in the area about 1,200mm/year.

This means they not only have to battle high disease pressure, but also routinely harvest cereals at 20-22% moisture.

Nevertheless, they have expanded the arable area in recent years, and the commitment to an increased area of cropping has justified a £1.5m investment in a state-of-the-art grain drying and storage facility that will be ready in time for this year’s harvest. 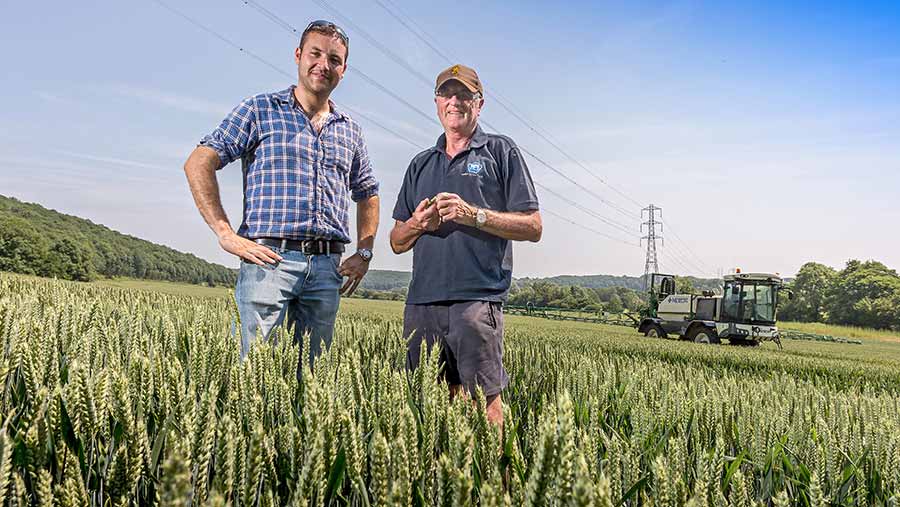 Part funded by £300,000 from the Welsh government’s Sustainable Production Grant scheme, the new continuous drying setup will strip 5% of moisture from 38t of grain an hour, replacing inadequate shed space and a labour-intensive batch drying system.

The new system will bring a multitude of benefits, including always being able to exceed the pace of the combine, not requiring constant supervision and allowing crops to be marketed through the winter, rather than sold off the field, with more bays for storage.

However, getting a good crop to harvest is no formality in an area where the lightest soil is loamy clay, and Mr Burnell says 20 October is the absolute deadline for planting the 240ha of winter wheat that makes up half the annual arable area.

Soils become too wet to travel after that, he explains, which means exploiting any available window of weather to get crops drilled, and keeping a flexible rotation.

Despite the pressure on workload during the traditional autumn pinchpoint, they still find time to establish 80ha of cover crops, principally oil radish, which they praise for slashing costs in the sheep enterprise and improving soil health.

The oil radish’s deep root has prevented their heavy soils slumping, says Mr Shackell, and has cut the amount of creep feed required for finishing lambs by half. Where possible they also have grass in the rotation. 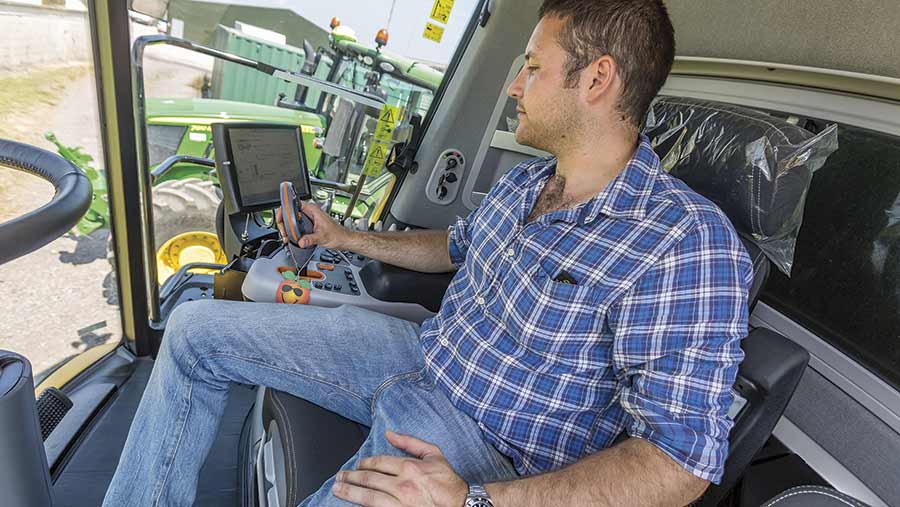 Soil structure is also helped by regular applications of compost from the farm’s composting business, with 35t/ha applications of green waste made between harvest and the following season’s crop establishment.

They have seen big benefits from grass in the rotation for weed control and following crops have given bumper yields.

Singling out a crop of oilseed rape that yielded 5t/ha after being drilled into grass using a Vaderstad TopDown with a biodrill on the back, Mr Burnell says the grass increased earthworms, reduced slugs and weeds and made the soil more friable.

However, while the TopDown is used for the oilseed rape – their most profitable crop making up the bulk of their cropping – wheat, winter barley, spring oats and spring beans are drilled with a more conventional Vaderstad Rapid.

This is where the variable seed rates have come in, with establishment rates initially being modified based on soil data, so that seed rates were increased by up to 20% over the base rate of 130kg/ha on the heavier land. 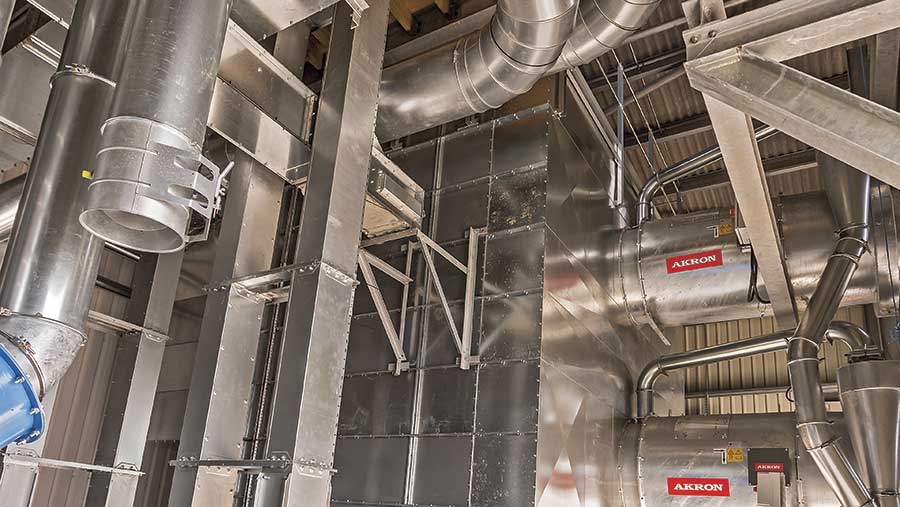 In spite of this, no extra seed was used, as less was drilled on the lighter land, meaning no increase in seed costs.

Putting the seed where it’s needed has helped push winter wheat yields up by an extra 15% beyond where they had plateaued at 8.5t/ha for a number of years to 10t/ha, explains Mr Burnell, and also allowed the combine to work more efficiently.

However, last season they took the additional step of adding normalised difference vegetation index (NDVI) data into the mix.

This is an increasingly common method of analysing the differences in crop biomass within and between fields through the season by photographing them from a satellite.

Mr Burnell says it has already been a useful method of showing up areas needing investigation, and this year the data has been layered over the soil imagery to create the variable seed rate mapping for the spring cropping. 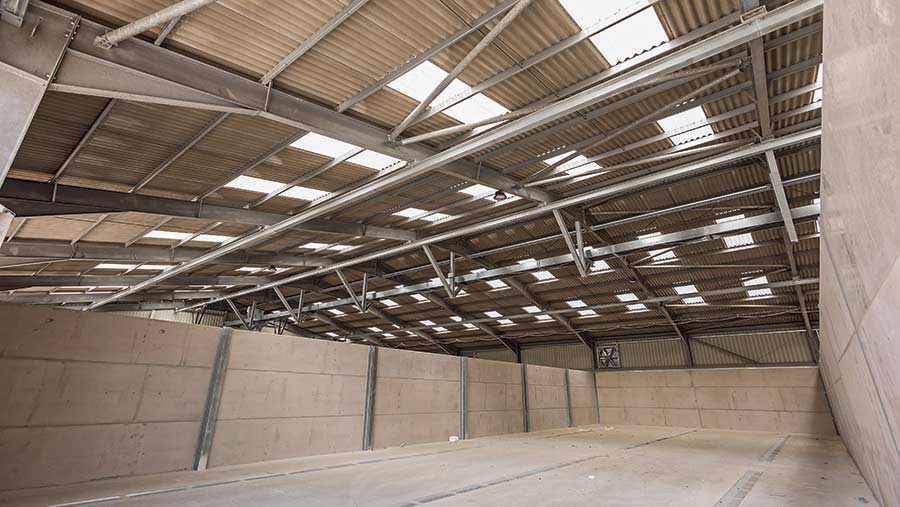 It has helped pinpoint areas where seed rates needed to be bumped up to cope with increased challenges such as slug pressure, he explains. It also served to highlight where they needed to get out in the field and conduct further investigation.

They are hoping to trial variable-rate fungicide applications next year using the NDVI data, with Mr Burnell keen to spread the £14/ha annual cost as widely as possible. However, they will continue to keep an open mind about where it does and doesn’t work.

With septoria naturally the chief disease threat in the West, using the latest varieties to help keep the leaf-destroying menace at bay is a top priority, particularly with fewer spray days than in a drier area.

This year the winter wheat varieties being used are Siskin and Lili, with plans already in place to switch Lili for new contender Sundance next season. Sundance is the most resistant variety on the AHDB Recommended List with a score of 7.3.

It’s a similar story with oilseed rape, the managers explain, with top variety Elgar being retained for next season after performing well under pressure.

Spraying is done with a large self-propelled Househam, which allows a lot of ground to be covered quickly during a narrow period of dry weather. The machine also rides over the ground better than a tractor and trailed spreader, which is a “dead weight,” says Mr Burnell.

The high cost of the machine is further justified by using it for all fertiliser spraying up until T2, when the switch to granular is made to avoid the risk of leaf scorch.

A robust growth regulation programme is also used to limit disease spread by preventing crops getting too lush.

All crops are desiccated before harvest to aid drying, but in spite of that the climate means that 18% is regarded as a dry crop to harvest, meaning almost everything requires post-harvest drying.