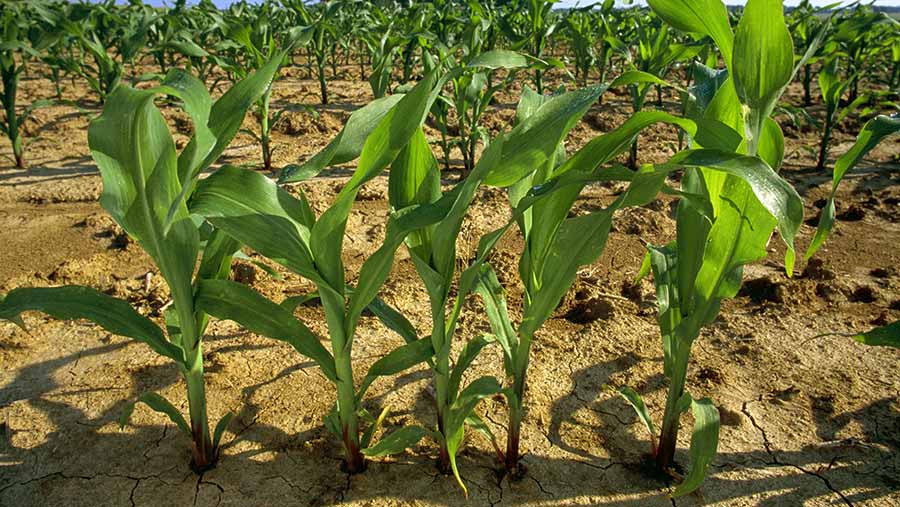 Nutrient run-off from agricultural land is being blamed for the vast oceanic dead zone in the Gulf of Mexico and farmers have responded by adopting measures more commonly seen in the EU, such as  buffer strips.

Dead fish floating belly-up in a sea of green slime – this is the Gulf of Mexico’s hypoxic (deprived of oxygen) zone, an area where pollution is so bad little can survive.

Spanning a record 8,776 sq miles at its peak this summer, the dead zone spews from the mouth of the Mississippi river due to its high nutrient loading. So what is being done about it?

High nitrate and phosphate concentrations in river and sea water cause rapid proliferation of algae, otherwise known as algal blooms or eutrophication.

These block the sunlight from plants in the water, which then die and decompose, using up oxygen in the water. Eventually the oxygen levels get so low (less than 2ppm) that animal life cannot survive.

The Hypoxia Task Force, set up in 1997 to understand the causes and effects of eutrophication (excessive richness in nutrients) in the Gulf of Mexico, has set a target to reduce the hypoxic area to 1,950sq miles by 2035, with a 20% reduction in nitrogen and phosphate loadings by 2025.

It has pioneered a national strategy to reduce pollution from important watersheds feeding the area and one of the largest of these is the Mississippi river, which drains much of the USA, from Montana to Pennsylvania.

Diffuse pollution from farming practices is one of the main focuses, and the national government has tasked individual states to come up with their own reduction strategies.

Farm funding is available through the US Department of Agriculture and Environmental Protection Agency (See “The Conservation Reserve Programme”, below).

However, to broaden the reach of good environmental practice individual states are implementing their own programmes, encouraging farmers to change their management voluntarily. 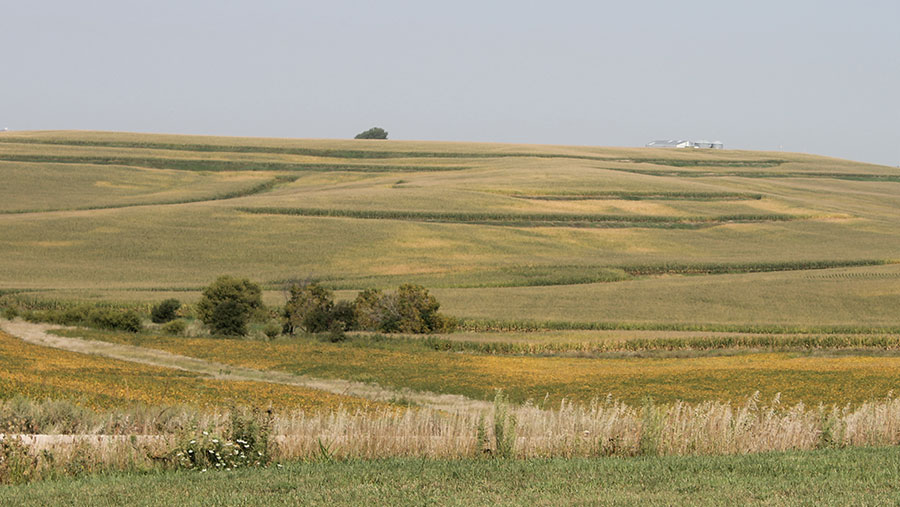 Iowa and Illinois, which border the Mississippi, are the two largest soya-producing states in the USA, with similarly large areas of maize and a high proportion of pig producers.

The Iowa and Illinois Soybean Associations run extensive environmental programmes backed by on-farm research. This is funded by the commodity checkoff programme, similar to UK levy boards, where money is raised from production to fund marketing and research for that industry.

In 2017, the Iowan association budget ran to $11m (£7.9m), about half of which will be spent on research and development.

Using aerial and on-farm mapping the Iowa Soybean Association (ISA) helps farmers to produce conservation plans, highlighting sensitive areas to pull out of production, giving advice on using cover crops and min-till, as well as how to create terraces and install denitrifying bioreactors.

According to Mr Ellison the acreage of cover crops has doubled each year in recent years.

There are now 0.6m hectares of conservation buffers and 40,000ha of wetland restoration in Iowa, helping farmers to slash their soil erosion by nearly 50% between 1982 and 2013.

However, it’s a very different approach to European water quality, which is managed through comprehensive legislation.

There is very little formal regulation covering diffuse pollution in the US, with farmers doing their best on a relatively piecemeal basis.

Some studies show nitrate loads in the Mississippi have not declined since the 1980s and claim a 59% cut is required to reach the task force’s target area. So what more can be done?

According to Matt Liebman, from Iowa State University, there needs to be a mindset change among farmers who have historically put as large an acreage into production as possible.

“In the EU you already know that you can produce more with less, but it’s a new story here,” he explains.

“If you take 10% of the watershed and put it into perennial cover you will get disproportionately large benefits, for example, a 95% reduction in sediment export.”

With a common rotation of soya and maize, the introduction of a third crop, such as oats or alfalfa, may also help, says Craig Chase from Iowa University.

“It would reduce inputs and should be more profitable – but the markets for anything other than corn and soya beans here aren’t very good.”

“It’s not intuitive that growing less crop will make more money, but it is beginning to resonate.”

The CRP offers a yearly rental payment to farmers in exchange for removing environmentally sensitive land from agricultural production and planting species that will improve environmental quality.

Payments are also available to cover 50% of establishing the practice, with other incentive payments for continuous practices.

There are 9.5m hectares under contract in the US (of a total farmed acreage of 368m hectares).