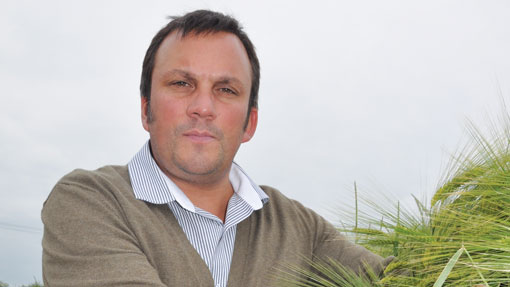 Winter barley is having a renaissance on many farms across the UK and hybrid six-row feed types are leading the way on yield. In addition, other attributes could lure more growers to planting a bigger area this autumn. Adam Clarke reports

Vigorous hybrid winter feed barley may form a key part in control strategies against blackgrass and so hint at a bright future for a crop growing in popularity.

With blackgrass rife on many farms where winter wheat dominates in the rotation and at a time when herbicides are losing efficacy, non-chemical assistance is needed to help control the problem grassweed.

Adas has been conducting trials at its Boxworth site looking at the effect of growing hybrid barley on blackgrass and whether it could smother it and reduce numbers, compared to wheat.

Plots were sown at high and low seed rates and herbicide treatments included a pre-emergence only, pre- and post-emergence and an untreated control.

Showing Farmers Weekly around the site in Cambridgeshire, there were clear differences between the plots of Volume hybrid winter barley and Diego winter wheat, with Syngenta’s Hyvido portfolio manager James Taylor-Alford saying that could be a big help for growers struggling to control blackgrass.

“You can see there is considerably less blackgrass in the barley, particularly when combined with a robust pre- and post-emergence herbicide programme,” he said.

“We certainly aren’t saying you can drill hybrid barley and your blackgrass will disappear, but it will be a useful tool in an integrated strategy going forward,” Mr Taylor-Alford added.

Syngenta re-launched their range of hybrid six-row feed varieties last year under the “Hyvido” brand and of the 330,000ha of feed winter barley grown in the UK; it now represents 70,000ha, or 21% market share by area.

This is expected to rise, particularly in the East and South of England as growers look for an alternative to winter wheat as the second cereal slot in their rotation.

Not only could it offer blackgrass suppression, it gives a good early entry into oilseed rape and helps with logistics, particularly on large arable units, spreading drilling, spraying and harvesting operations through the season.

Growers buying the more expensive seed for hybrid varieties – such as the highest yielding Volume – have also been offered £60/ha cashback if the crop doesn’t outyield the conventional barley variety at their independent reference trial sites by 0.5t/ha, to cover those higher seed costs.

This is on condition that growers stick to strict criteria on seed rate, seed treatment and nutrition programmes – with an emphasis on early nitrogen to encourage tillering.

They must also include specific crop protection products in the programme, including Syngenta’s SDHI fungicide isopyrazam and plant growth regulator Moddus (trinexypac-ethyl).

“Around 30% of farmers that bought Hyvido seed last year signed up to the scheme and we expect that to increase this season too,” said Mr Taylor-Alford at a recent press briefing.

Although Volume is on the HGCA Recommended List and used as a control variety, other Hyvido varieties and those in the pipeline are not due to be put forward for recommendation.

Syngenta believes the trial system and the protocols used do not fairly reflect the advantage that hybrids can offer in the field and they are working with the HGCA to make changes.

For example, hybrid barley requires more nitrogen early, which would not necessarily be applied when growing the trials.

Hybrids are also earlier maturing than conventional varieties, but often trials are harvested at the same time when later varieties reach maturity or for logistical reasons, leaving the hybrids at risk of grain loss from brackling.

Target yields for feed varieties are also different, which means that conventional varieties can be recommended despite yielding much lower than the hybrids.

The guarantee offered by Syngenta aims to allow Hyvido to be judged on its performance on farm in larger scale trials using management specific to hybrids, to compliment the Recommended List.

“In HGCA trials, and indeed our own small plot trials, you don’t see the true yield gap between hybrids and conventionals, so we wanted to promote that gap over a larger area, using hybrid management across varying soil types to show its true potential,” said Dr Taylor-Alford.

There’s further two Hyvido varieties in their second year and six in their first year in National List trials, which proves a variety’s worth before potentially entering the Recommended List system. “All trump the leader Volume for yield and are equal or better for specific weight,” added Mr Taylor-Alford.