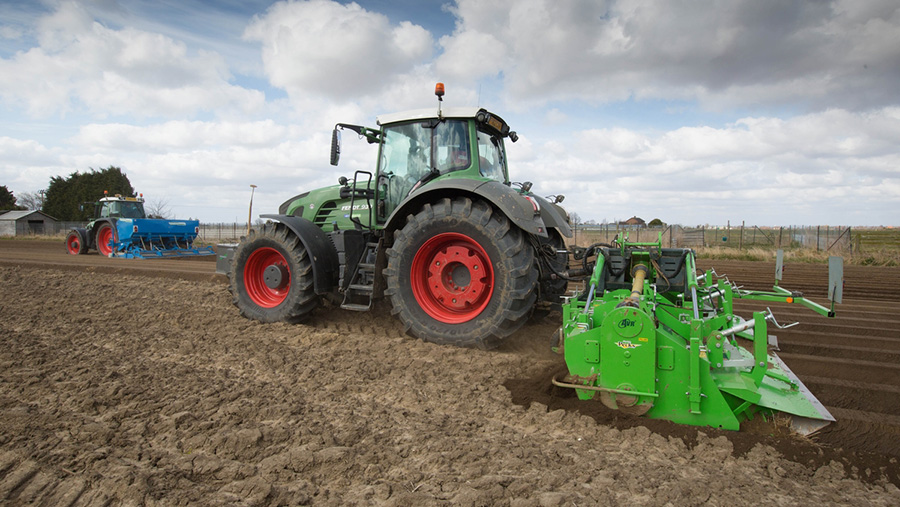 The array of pests that threaten UK field crops is evolving and two relatively unknown nematodes species are on the rise in British potato fields.

Crops asked two expert nematologists, Tom Prior of food science experts Fera and Colin Fleming of Agri-food and Biosciences Institute (AFBI),  to describe the pests and what to do if their presence is suspected.

See also: Advice on how to protect your spuds from high blight risk

The root-lesion nematode, Pratylenchus penetrans, alongside root knot and cyst nematodes, cause the greatest crop damage by nematodes worldwide.

Native to the UK, root-lesion nematode is particularly pathogenic and has more than 350 recorded host crops, including potatoes.

This nematode penetrates, lives and feeds in the root cortex – the outer layer of the root or tuber.

The root-lesion nematode is well known to cause economic losses in potato crops, particularly in sandy soils, by reducing gross and marketable yields.

Recent studies have now linked this nematode to scab, or sunken lesions on the surface of tubers, further affecting marketable quality.

The extent of this problem in the UK is not yet known and is difficult to quantify, as these damage symptoms can be confused with other potato scab causing pathogens.

Damage thresholds for this species on potato are reported as low as one to two nematodes per gramme of soil, but further studies need to be carried out to ascertain threshold levels for this and other closely related species in the UK.

Migratory in nature, root-lesion nematodes continuously move in and out of roots facilitating the entry of diseases, such as the vascular wilt pathogen Verticillium dahliae and root-rot pathogens Rhizoctonia solani and Pythium spp. As a result of root dysfunction, patches of stunted and chlorotic plants are often visible in the field. 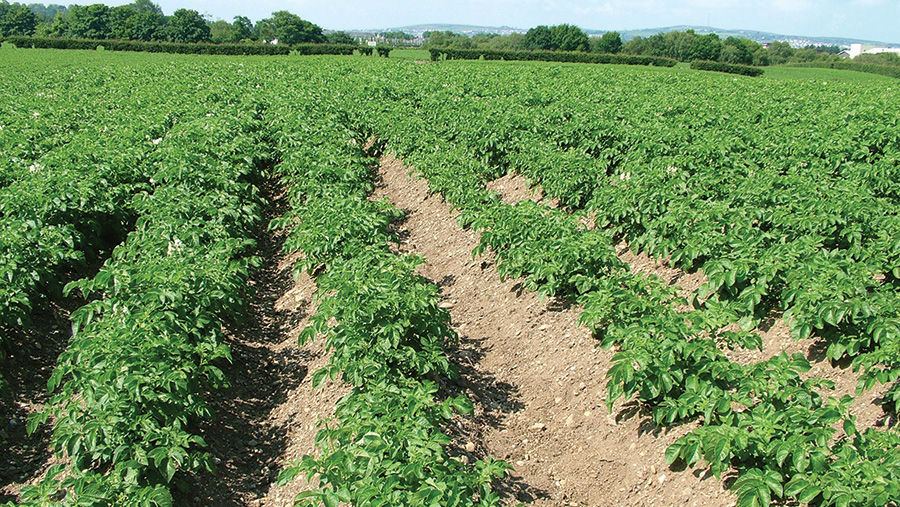 Nematode damage in the early season is often greater after a mild damp winter and spring, so problems can be expected in 2016.

Pre-planting sampling and testing for lesion nematodes will determine if nematicide treatment or other management practices should be considered.

Meloidogyne minor, like other Meloidogyne species, is commonly known as a root-knot nematode. 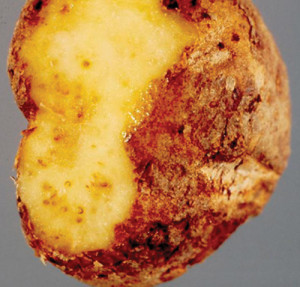 This species was formally described following findings on potato roots in the Netherlands and on golf courses in the UK and Republic of Ireland.

Since its description, Meloidogyne minor has been recorded causing severe quality damage to some potato varieties, with symptoms on tubers and roots similar to those caused by other quarantine listed root-knot nematodes.

Typical symptoms of infestation by root-knot nematodes are gall formations on roots and tubers. However, above ground symptoms observed on infected plants are similar to those produced on any plants having a damaged and malfunctioning root system.

The importance of these symptoms is often related to the number of juvenile nematodes penetrating and becoming established within the root tissue of young plants.

The common explanation for these above ground symptoms is that Meloidogyne infection affects water and nutrient uptake and upward translocation by the root system.

For Meloidogyne minor, potatoes and other host crops grown after pasture on sandy soils would be most at risk.

Sampling for plant-parasitic nematodes pre-planting will provide information on the identity of field populations.

Control strategies based on the growing of non-hosts or resistant (trap) crops (or cultivars) in a crop rotation system may be effective.

However, at present only a few crops are known on which Meloidogyne minor is not able to multiply, notably marigold species and maize.

The application of nematicides reduces the impact of Meloidogyne minor, but if the host is not rotated with other plants, the impact of treatments will be short lived.

As such, the application of nematicides may only be a supportive measure in combination with appropriate crop rotation.

Growers should ensure that soil and plant material are not moved from infested fields and locations, especially when using machinery.