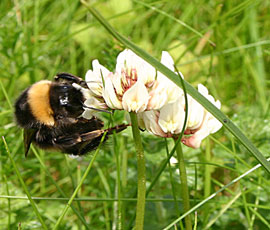 Reports in one national newspaper that DEFRA’s chief scientific adviser, Robert Watson, had initiated a review of the use of neonicotinoid insecticides are incorrect, a DEFRA spokesperson has told Farmers Weekly.

The Independent reported on Tuesday 29 March that Prof Watson had ordered review of the insecticide class, commonly used in seed treatments in crops such as oilseed rape, maize and sugar beet, because of concern about their alleged effects on bees.

But the DEFRA spokesman denied there was to be a full review, saying that Prof Watson had only asked to receive regular updates on new research into the possible effects on insects which are not the target species of pesticides.

“This is very different to undertaking a full investigation, a point made to The Independent journalist several times.”

DEFRA had considered all recent research on neonicotinoids, including an as yet unpublished study conducted by US Department of Agriculture researcher, Jeffrey Pettis and a second similar study by Cedric Allaux from the French National Institute for Agricultural Research, which suggested that the neonicotinoid insecticide, imidacloprid, made honey bees more susceptible to disease caused by a parasite, nosema.

“We have concluded that the studies do not present any new evidence,” the spokesman said.

“The UK has a robust system for assessing risks from pesticides and all the evidence shows neonicotinoids do not pose an unacceptable risk when products are used correctly. We will not hesitate to act if presented with any new evidence.”