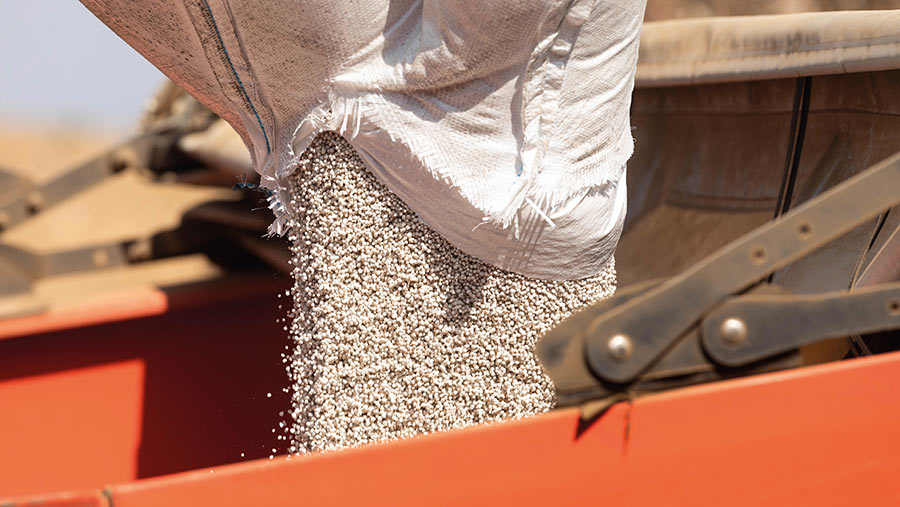 The results confirm that up to a 60% reduction in net emissions can be achieved by implementing some pragmatic management practices and focusing on the most productive areas of the farm, while maintaining yield and financial performance.

Undertaken on behalf of Kellogg’s, through the company’s Origins programme, the study set out to assess the current carbon balance and to explore the impact on greenhouse gas emissions of introducing new practices.

What is net zero?

Net zero is a term that refers to the balance between the amount of greenhouse gas produced and the amount removed from the atmosphere and stored for a long time in the soil or biomass such as trees.

In farming, it refers to greenhouse gas emissions and removals in the annual cycle of production systems. The main sources of emissions come from manure, fertiliser use, fuel and enteric fermentation, while removals take place through woodland, hedgerows, grassland and soils.

The Kellogg’s Origins programme invests in sustainable agriculture projects in partnership with farmers and suppliers to increase productivity and improve environmental outcomes. Activities are chosen in consultation with growers who volunteer to participate, as part of Kellogg’s undertaking to responsibly source ingredients.

The four scenarios (see below) were developed with grower Henry Northern and the results showed that it is possible to reduce emissions through all or any of them, reports Dave Freeman of Ricardo’s agricultural consultancy, who led the work.

The four scenarios were:

While Mr Freeman acknowledges that the latter two options would require some upfront investment, all of them are being considered by Mr Northern as the farm takes steps towards achieving net zero and being more aware of its carbon responsibilities.

Priory Farm covers 550ha in two blocks, with 400ha of arable cropping. In 2019, when the baseline assessment was carried out, the cropping was as follows:

In addition, there were 6ha of short-term leys and 18ha of uncultivated margin. There were also 386 ewes on rented-out grazing, which were not part of the farm business.

Cultivation practices had changed to reduced tillage and no-till in 2011, with cover crops being established before spring crops.

The farm already had some renewable energy production in the form of photovoltaic solar panels. 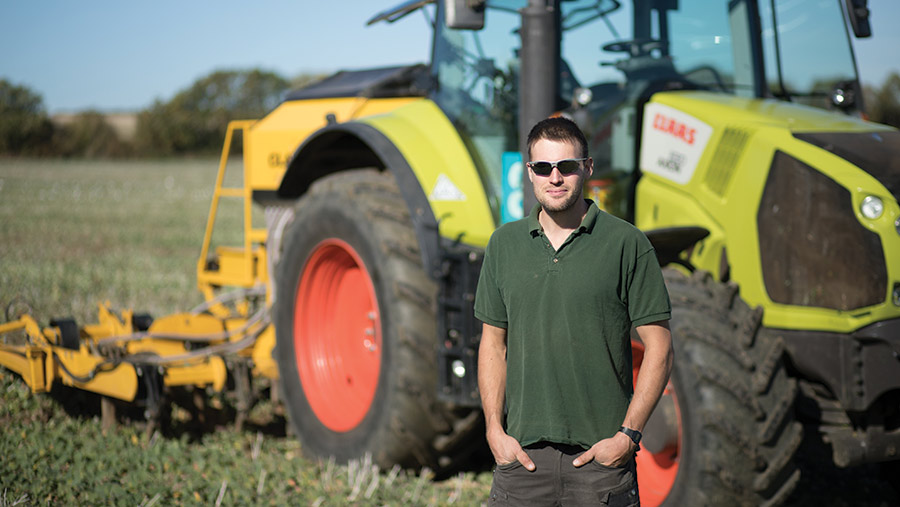 At the outset, a baseline assessment of the current situation at Priory Farm was done using the Cool Farm Tool, reflecting Kelloggs’ membership of the Cool Farm Alliance.

“The Cool Farm Tool is a product-based assessment tool as it is focused on the supply chain,” notes Mr Freeman. “So not all aspects of the farm could be assessed with it. Areas such as unmanaged woodland and hedgerows had to be done using other methods.”

The results confirmed that the farm was efficient – producing high yields and managing inputs well.

Baseline emission values were assessed and were broadly in line with expectations and matched benchmark values, confirms Mr Freeman.

“It was important to understand where the business was in terms of emissions before we could look at ways that might bring these down.”

Assessing the potential of the four new management practices was possible by using the Cool Farm Tool and making bespoke calculations, he continues.

“It has helped to identify opportunities. At the moment, the carbon calculators available are a bit behind the curve when it comes to doing net zero assessments and there is a need for new models.

“Not all aspects of farm management can currently be assessed and some subjects such as soil carbon accumulation still have significant uncertainty.”

Summing up, Mr Freeman points out that doing this assessment has identified opportunities for this farm and highlighted where net carbon emissions could be influenced by as much as 60%, although he stresses that every farm system is different.

“The scenarios that we used in this study all relate to action that Mr Northern could consider and were developed to have minimal or positive economic impacts on the business.”

As the Cool Farm Tool is product-based, additional calculations are needed to support a whole-farm assessment and further refinement is needed, he adds.

“It’s important to define the boundary of the assessment and know which enterprises and land areas are included. On this farm, other ways of reducing emissions could include changes to woodland and hedgerow management.”

He sounds a note of caution where woodland is concerned, as mature woodland has already reached equilibrium and doesn’t influence emissions without more active management or new planting of trees.

“Silvo pasture is different. As the trees get older, they capture more carbon – only hitting maturity after 60 years.”

His final point is that to hit net zero in a farming business, you have to be doing it every year. “That means reducing emissions and then continuing to do it.”

Having seen the results, Henry Northern is already committed to making changes to his nitrogen use and is expanding the farm’s area of uncultivated margins and rotational leys.

Entering into a new mid-tier stewardship agreement has allowed him to take the combined uncultivated margins/rotational leys area up from 20ha to 80ha, representing about 20% of his arable area.

Some of that will take out less productive land, while others will be strategically placed for biodiversity and integrated pest management reasons.

Using less nitrogen has been in his mind for a while, he admits. “We need to improve our nitrogen use efficiency – it’s too easy to err on the side of caution. So reducing it by 25kg/ha should be possible and will encourage better targeting of fertiliser.”

The two other options – silvo pasture and renewable energy – might be feasible, he acknowledges. “They both require more time and investment, but they are being done by others locally.”

A block of permanent pasture on the farm could lend itself well to growing some trees in a silvo pasture project, providing the right species are chosen, he notes.

Having cottages around the farmyard and some holiday lets means that expanding the use of renewable energy is of interest, but incentives may be required.

“We had started to make changes by moving to direct drilling and cover cropping, so this was a useful exercise to see where we could go next. We’re implementing two of the changes immediately and will be looking at the other two in more detail,” comments Mr Northern.