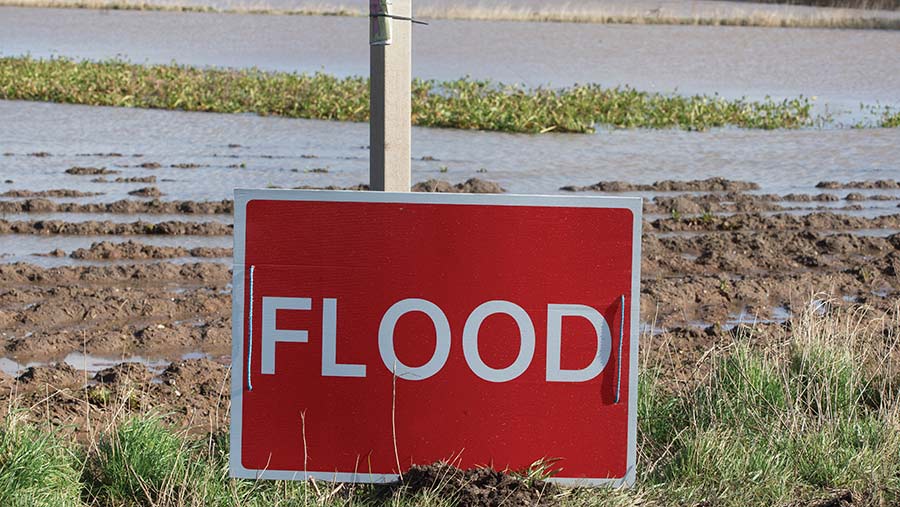 This year’s unsettled autumn weather has been making fieldwork more difficult than many would have liked, but fears of a repeat of last year’s atrocious conditions have eased.

Last November, after flooding and waterlogging hit parts of the country, growers faced huge disruption to cropping plans and damage to soil structure, with farm finances coming under pressure.

See also: How to dry grain more efficiently in a wet harvest

Almost a year later, Farmers Weekly catches up with two of the affected farmers in Lincolnshire, to find out how they are getting back on track. 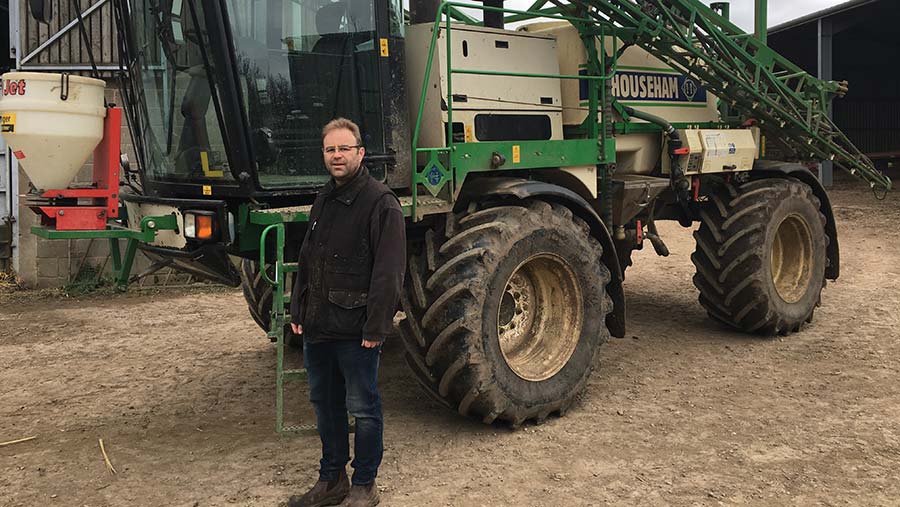 Having had as much as 60% of his farm under water at some stage last year, north Lincolnshire farmer Colin Chappell is relieved to be in a much better position this autumn.

With most of the 647ha he farms located in the Ancholme Valley, one part of the farm flooded seven times last November alone, making it a difficult year for him as well as others in the area.

As a result, his rotation took a hit and there’s still work to be done by the former Brigg Monitor Farm host, but steps taken to repair the damage have paid off and soils are now in much better shape than they were.

“Adversity teaches you how to deal with things and we have been learning all year,” he says.

As the 2019 wet autumn weather continued, Mr Chappell’s plan B became obsolete. “We had to consider various crops and using fallow, as well as doing things that we wouldn’t normally think of. Cut-off dates became irrelevant; we had to do what felt right.”

He knows that oilseed rape doesn’t like being under water – some 9ha of the crop were flooded this time last year, with just 6ha of it surviving.

“It wasn’t a total wipeout, but part of what was left didn’t perform well and pulled the average down,” he recalls.

In contrast, hybrid winter barley being grown for a nearby digester spent almost six weeks under water, but all of it survived.

“We didn’t lose any of the crop, but its rooting was severely affected. As a wholecrop, it ended up doing 10-14t/ha less fresh weight than normal, so while we were disappointed, it didn’t turn into a complete disaster.”

Having seen that it had survived, the hybrid barley was the first crop to receive early nitrogen in the spring.

“I had to do some rapid calculations to work out how much each crop had to produce to break even. That helped me with some of the subsequent agronomy decisions.”

A small 5ha area of winter wheat drilled after maize in late October yielded 7.7t/ha, but much of Mr Chappell’s maize remained in the field until February.

“The forager sunk when we tried to cut it in the autumn, so we ended up using a combine on tracks in February. I was pleasantly surprised when it did 10.5t/ha.”

Other flooded fields were left until the standing water finally disappeared. Reluctant to have vast tracts of bare land for the rest of the season, Mr Chappell then had to make decisions about each field.

Some spring wheat was drilled right at the end of April when the water had drained. Having taken a tine through the soil first, he opted for a hard red Canadian spring wheat, as it offered greater drilling date flexibility.

“Despite going in so late, it yielded 3.45t/ha and hit the milling specification. So it did make us some money,” he reports.

Another part of the farm was still so wet in April that an attempt to drill it had to be abandoned, with the drill being towed out.

As a result, a mixed-species cover crop went in on 6 May when they could travel, on the advice of Dick Neale and Ben Treadgold of Hutchinsons.

Getting roots into the ground to do some of the cultivation and repair damage, as well as helping to get soil biology working, was the aim. The mix had a seed cost of £36/ha and contained linseed, buckwheat, phacelia, white mustard, berseem clover and Japanese reed millet.

It grew straight away and was sprayed off in mid-August, when it was shoulder height. Worried that the soil might not dry enough to be ready for drilling, he took a flail through it some three to four weeks later.

It was then direct drilled, with both rye and winter barley going in. By the middle of October, the rye was up in rows and the barley was just coming though.

“We made a financial loss on those fields, but the soils are in good heart, crops are in for harvest 2021 and the blackgrass has gone,” reports Mr Chappell.

“We have already got as much winter wheat in as we can, but I am still waiting to drill the worst blackgrass areas.”

Knowing that flooding events are likely to become more frequent with climate change, he had already been doing as much as possible to make soils more resilient, improve water infiltration and slow the speed of water flow.

“We’ve been reducing soil disturbance, using overwinter cover crops and changing our cropping, where appropriate. We are also in closer contact with the Environment Agency.”

He also highlights the role played by knowledge exchange for the three years of his Monitor Farm programme, as well as help and input from local growers. “Without it, I’m not sure how we would have pulled through.”

Some 33ha were flooded on Charles Anyan’s farm in Lincolnshire last November, after prolonged rainfall saw the River Till burst its banks.

Although the flood water receded quickly, the oilseed rape that was submerged failed to recover as expected and land that was still waiting to be drilled had to be abandoned until the spring.

As a result, soil structure took a hammering, especially as the early November deluge fell on to land that was already waterlogged. 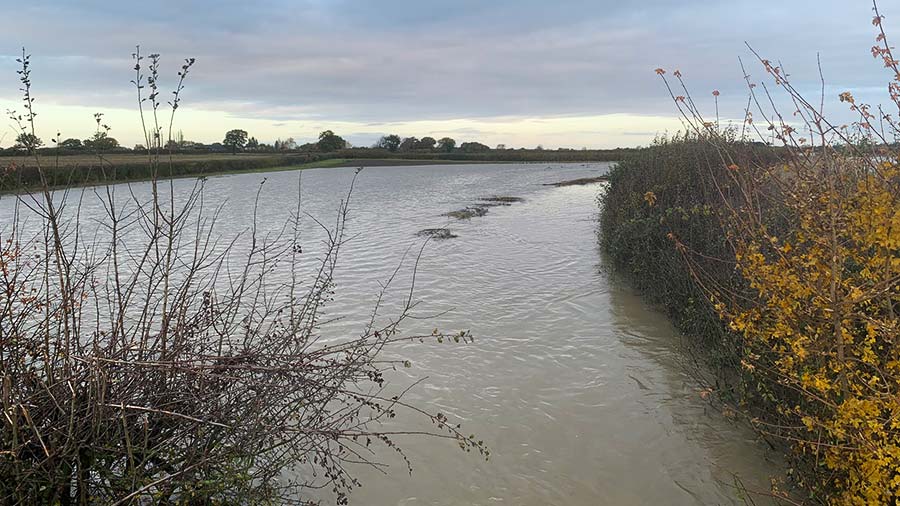 “It certainly stopped us drilling any more winter crops,” recalls Mr Anyan. “The rotation was knocked off course and we ended up with more spring barley and less oilseed rape than planned. It will take us three to four years to get it back on track.”

While the farm has seen occasional flooding before, having 33ha under water was unprecedented and the increase in the frequency of flooding raises concerns about the future.

“The local town Gainsborough continues to expand and increase in size,” he explains. “That puts pressure on the river and nearby farmland.”

He accepts that compared with some farms in the county, his was one of the luckier ones. While it was fairly devastating, he was able to claim some compensation through the flood recovery grant scheme for a small area.

Like many others, he had to wait until March to be able to scratch some crops in, with both wheat and spring barley going into the ground. Neither performed very well, as they subsequently encountered a very dry spell through April and May.

Once they had been harvested, deep cultivation with a flat lift was necessary, so that drilling could take place this autumn. “We’ve got some winter wheat in already, with more drilling planned when the weather allows.”

Not being able to predict such extreme weather events makes planning for them difficult, he points out.

“We are lobbying the Environment Agency and our local council, as well as the Internal Drainage Board, as we need the rivers to be dredged and more balancing ponds established, so that watercourses aren’t overloaded when it rains heavily.”

2020 is associated with rainfall records. It has been a year of stark contrasts – from some of the wettest months ever recorded to some of the driest and sunniest.

While February was extremely wet, Saturday 3 October topped the charts as the wettest day for UK-wide rainfall since records began in 1891. It followed Storm Alex and saw an average of 31.7mm of rain across the entire country.