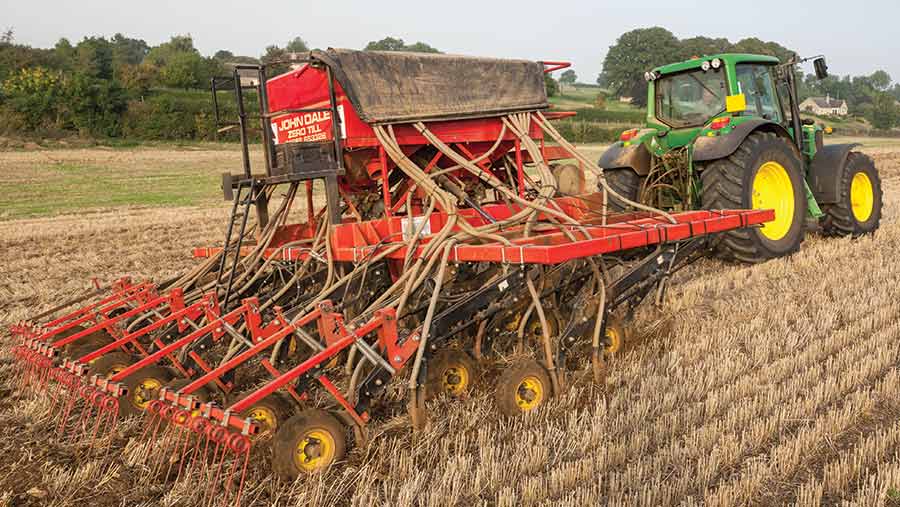 No-till farmers produce wheat for £10/t less than their conventional counterparts, according to a benchmarking exercise of 12 farms in East Anglia.

Accountancy expert Gary Markham says that the combination of lower yields and lower costs gave average production costs of £101/t on no-till farms in 2017, which was below the £111/t cost incurred with other establishment systems.

The downside, however, was that no-till farms had yields around 20% lower and gross margins which were more than £250/ha adrift, as well as huge amounts of variation.

However, where they gained was in a 43% reduction in labour and machinery costs, which is reflected in their lower production figures per tonne.

Machinery costs averaged £31/t, which compared favourably to £54/t with other systems.

The figures from the exercise commissioned by the Groundswell event were based on the results from 12 established no-till farms in East Anglia at harvest 2017 and compared to farms in the accountant’s on-going benchmarking process, the Rural Business Survey.

The headline of a 20% reduction in yield with no-till establishment was startling, acknowledged Mr Markham, who pointed out that these systems were more vulnerable to soil type and weather conditions, requiring more flexibility and a different mindset.

Combined labour and machinery costs on no-till farms averaged out at £298/ha, which compared very favourably to the £528/ha figure on conventional farms.

“These results are based on a small group of practitioners who have been doing no-till for many years,” he added.

“It’s important to note that no account has been taken for an increase in soil health or any other environmental benefits.”

Looking at machinery costs in more detail, Mr Markham highlighted that depreciation, repairs and fuel were all lower on no-till farms (see table below).

Capital investment in machinery was also lower at £523/ha, compared to £868/ha.

“The oddity in these results, which is difficult to explain after just one year, was that labour costs were higher. For some reason, moving less soil and doing fewer passes hasn’t reduced the labour bill on these units yet.”

The profit from arable activities on no-till farms averaged £57/ha, which was below the £89/ha achieved on conventional crop establishment farms.

“Again, the key is the variation. On no-till farms, this ranged from £293/ha right down to a negative figure of minus £84/ha.”

He concluded by pointing out that no-till establishment required a new way of thinking and a different approach to risk.

“The ‘yield is king’ approach isn’t so appropriate. It’s all about questioning convention and being innovative, but it does require a leap of faith.”

“We are getting more consistent results,” he told the audience at Groundswell. “Our light soils have always been drought prone, so the move to no-till was all about moisture.”

The use of cover crops – a no-brainer in Mr Bailye’s view – has helped with soil health and improved soil structure, while minimal soil disturbance means that soil biology is flourishing. That has meant better infiltration rates and more efficient use of water – whether that’s in a wet or a dry year.

“We now have longer working windows and the soil carries machinery better,” he said. “Another finding is that a healthy soil produces healthy plants, so our agronomic challenges are fewer.”

As a result, insecticide and seed treatment use hasn’t been required for the last seven years.

Investment in suitable drills for no-till establishment doesn’t have to be prohibitive, claimed Mr Bailye. “As the business expanded, we had to buy a second drill. We managed to do that for £10,000, by finding a second-hand drill from Eastern Europe.” 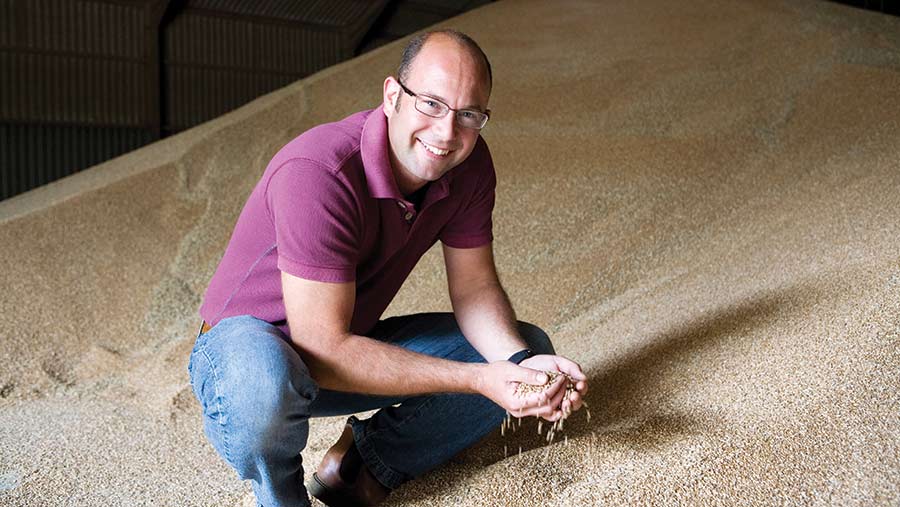 Establishment costs have fallen to just £52/ha on a 1,200ha Worcestershire farming estate, thanks to the introduction of no-till in 2015.

Ten years before that, it was costing £169/ha, which had gradually been whittled down to £124/ha by determined efforts and the use of minimal tillage techniques.

Farm manager Jake Freestone pointed out that it used to take 56 minutes/ha to establish a crop, while it now takes 15 minutes/hour.

“And we’re doing that with around 60% less equipment,” he said. “Our horsepower requirement has come right down.”

A very diverse rotation is in place on the farm, with sheep being an integral part of the system and cover crops playing an important role in keeping soils healthy, alive and in place.

“Much of the farm is on slopes and the change means that there’s no soil erosion any more. We’re also seeing yields starting to increase after cover crops – spring oats have been given a 0.3t/ha boost.”

Soil organic matter levels have risen, water infiltration rates have improved and input use is falling, he added.

“There have been challenges and patience has been required,” he admitted.

“But the experience has taught us never to be afraid to try something new. Being able to share and swap thoughts, as well as mistakes, with other farmers has been very useful.”