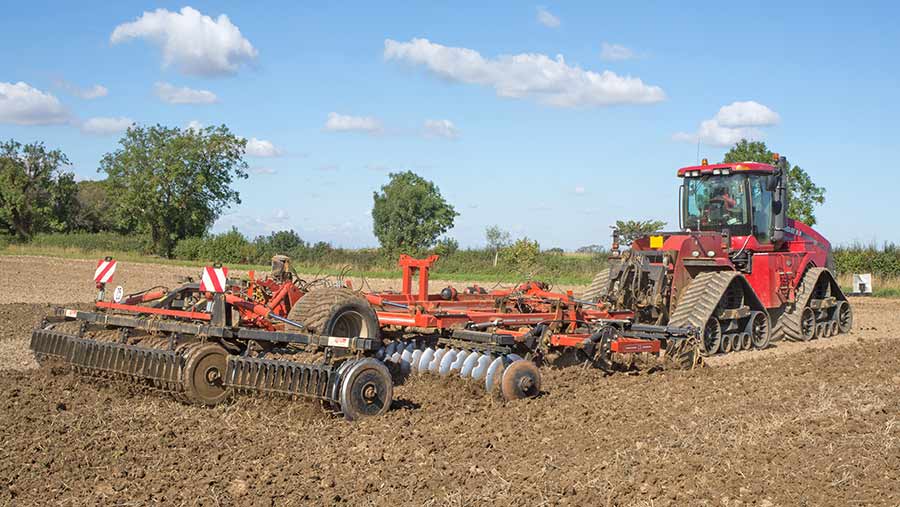 Farmers often put a huge amount of effort into selecting the right drill to get cereal crops off to the best start in the autumn, but picking the wrong cultivator will compromise drill performance and result in uneven crops.

Successful establishment depends as much on the conditions farmers are drilling into as the capabilities of their drill.

That’s why independent soils and cultivations expert Philip Wright advises farmers to put as much thought into their choice of cultivation kit as they would with their much more expensive drill.

So how can farmers pick the right cultivator to partner their drill for the best establishment combo, and thereby increase the success of late drilled wheat?

Agrii regional technical adviser David Felce says the key aim of cultivations is to remove any compaction that will impede drainage and rooting, and create a seed-bed that makes the most of the drill.

However, this needs to be achieved without over-cultivating soils, which is easy to do, even with minimal tillage regimes, he says.

The risk of over-cultivating soils also varies with soil type.

Therefore, the first step for farmers is to know their ground and what it needs each season to set it up for drilling, Mr Felce says.

This is especially important when taking on land for the first time.

He points to two examples, with SoilQuest laser texturing data from a field at the Revesby Estate plus some of his own arable ground at Midloe Grange Farm near Huntingdon.

Both soils have quite similar contents of sand, silt and clay at around 25%, 55% and 20%, respectively.

However, while the soil at Revesby sits on chalk, his own is over chalky boulder clay, which means they behave differently and have quite different cultivation requirements. 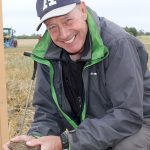 “You need to dig a hole to see exactly what you’re working with,” he says.

“Digging into this particular Revesby spring oat stubble shows we have a nicely structured soil with no restrictions to rooting right down to the chalk which provides such a good reservoir of moisture.”

Therefore, it only needs the bare minimum of surface cultivation, if any, to set it up for the estate’s Horsch Sprinter drill.

“The worst thing we could do here is over-work the ground.”

Mr Felce explains that its lack of clay content means that too much tillage will only serve to increase compaction from traffic and make it more vulnerable to slumping and tightening with rain ahead of the planned late-October-sown wheat.

He adds that if the autumn turns really wet, over-working the ground could get in the way of drilling.

“In contrast, we often need to target our cultivations at home on the silt that washes down and builds-up in a layer above our boulder clay to ensure the best drainage and access for rooting.”

Once farmers know their soils and the types of cultivation they need, the next question is what type of cultivator will do the best job for them.

Equally important is what kit will give farmers the flexibility they need to reliably deal with both the range of soils and conditions they have, and the weather variability they will almost certainly get. 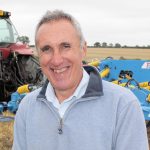 “Providing your combine straw chopping and spreading is effective, tine-based equipment is likely to be your first consideration in most cases,” says independent soils and cultivations expert Philip Wright.

“Not least because even shallow-working discs can cause serious problems on soils with a significant clay content if things turn wet.”

Where farmers wish to incorporate farmyard manure or biosolids, disc-based cultivators should also be considered.

This is also the case when dealing with significant amounts of above-ground material such as volunteers or cover crops which can block tines.

Another factor is the type of drill you already have, says Mr Wright.

“A disc-based drill can, for example, often be best complemented by tine-based cultivation and vice-versa, rather than both tillage actions being either disc or tine based,” he says.

Alongside the precise type and configuration of tines and discs the farmer has to move the soil, Mr Wright is adamant that the press rollers used to put it back afterwards are equally important.

“As well as good consolidation for the best soil structuring, these need to adequately weatherproof the surface, allowing water to percolate rapidly and evenly across the field.”

This is especially important where the ground is to be left for an extended period before drilling, he says.

Two better than one

The final factor in choosing a cultivator is that it needs to be as easy as possible to configure and adjust, so that farmers can adapt to the changing soil and weather conditions.

Even so, Mr Wright believes having two different cultivation options gives the greatest flexibility, even if it means having less to invest in a new drill.

As well as a machine that best matches the needs of your ground and system, he suggests having one with complementary capabilities to your existing kit which should then be kept on as a back-up.

For example, Peter Cartwright, who recently invested in a Horsch Sprinter direct drill in order to reduce the intensity of cultivations, decided to keep the old cultivator.

“We kept our 6m Terrano so we continue to have the ability to cultivate at greater depth and more thoroughly wherever and whenever we need to in our rotation,” he explains.

They are either single row, press type rollers with a variety of ring sizes and spacings, or two intermeshed rows of a relatively lighter more open ring design.

The latter generally have an inverted “U” profile which fills with soil in the “U”. This then effectively forms a rounded profile, “soil” press ring roller. 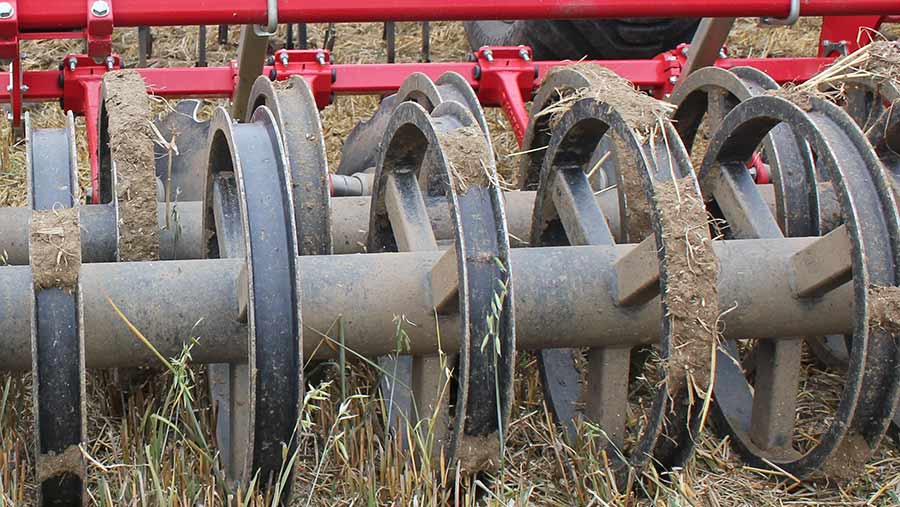 As the spacing is quite wide and inter-meshed, these rollers generally “self clean” to a large extent, thus avoid packing soil tightly between the rings which can be the case with single row rollers having more closely spaced rings.

Mr Wright believes the advantage of single-row rollers is that clods cannot zig-zag between rings, but rather are held and usually cut or pressed during this process. 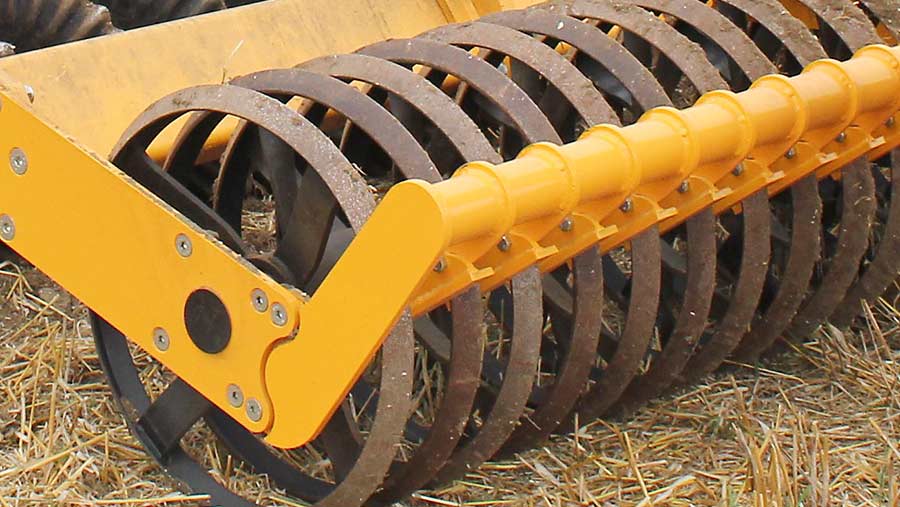 Provided the soil is not too wet, such actions can reduce clod size more effectively.

“So, there are pros and cons depending on the finish left by the cultivators needing to be rolled – which generally then dictates the roller design.”

The other factor is cultivation depth, as shallower cultivation requires generally closer spaced rings (either single or intermeshed) to give effective consolidation of the surface and shallower tilth.

Deeper operations needing “through to depth” consolidation are better done by wider spaced rings as these allow soil between and can penetrate deeper into the loose surface.

Six years of consistent soil health and structural improvement at Revesby Estates have enabled manager Peter Cartwright to progressively reduce the scale and depth of cultivation across the 1,220ha arable business.

So much so that a set of points on the primary Horsch Terrano cultivator now does 600ha rather than the 400ha of the past. 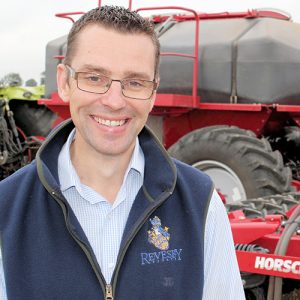 At the same time, he and his Agrii agronomist, Richard Butler, are finding that increasing areas of the estate require little, if any, cultivation.

So, as part of their move into a 10m controlled traffic farming system, the estate has invested in a Horsch Sprinter 10W drill with low-disturbance coulters and with the ability to direct drill or work across a wide range of soil conditions.

“We are looking for a 10m cultivator able to work much shallower than the Terrano, setting-up our ground for the pre-planting glyphosate and late-October drilling that’s such an important part of our blackgrass regime,” Mr Cartwright says.

David Felce and Philip Wright were speaking at the recent Revesby Farms/Agrii cultivations event, which saw working demonstrations of 18 different cultivators from a dozen leading manufacturers on the Wiggins-Davies family’s estate near Horncastle, Lincolnshire.