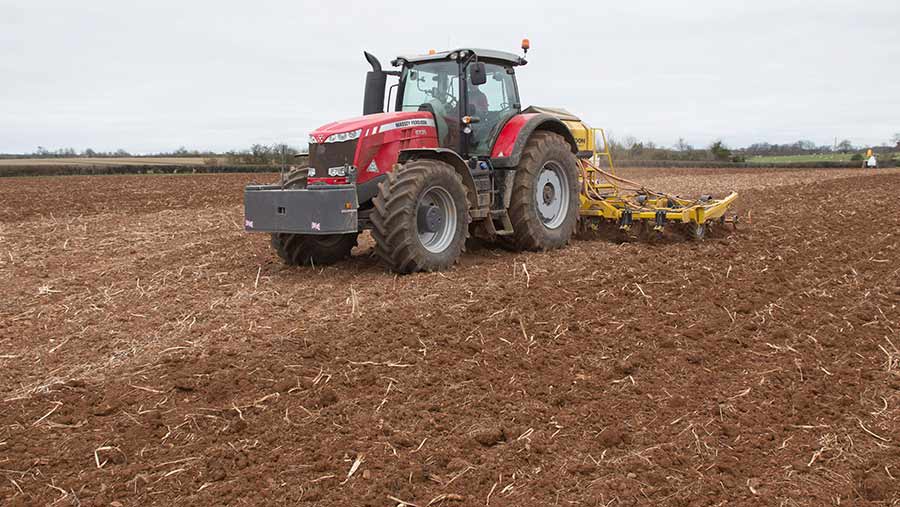 Campaigners have called on the government to underline its commitment to the environment by explaining how it will incentivise farmers to improve soil health.

The issue was raised at a debate organised by the Sustainable Soils Alliance on Tuesday (13 March). The alliance wants the government to explain how legislation, incentives and investment in education, research and innovation will improve UK soils.

Little detail has been forthcoming from Defra since farm minister George Eustice revealed last November that protecting and enhancing soil health was likely to form the cornerstone of a flagship agri-environment scheme to support farmers post-Brexit.

The new type of scheme would be “at the heart” of the government’s agriculture policy, to be introduced after the UK leaves the EU, Mr Eustice told the Tenant Farmers Association conference at Stoneleigh Park, Warwickshire.

“If we get that right, I think a lot of other things take care of themselves,” he said. “If we improve the health and the fertility of our soils, you can improve water quality, you can help address issues such as climate change [and] you can reduce fertiliser use.”

Hosted by Defra parliamentary private secretary Rebecca Pow MP, the Westminster event this week heard contributions from a range of experts – including from farming, industry, NGOs and academia as well as MPs and government representatives.

The alliance says it is determined to help deliver the government’s target of restoring the nation’s soils to health within a generation. It includes proposals for a robust regulatory framework to introduce monitoring and measurement of the country’s soil.

Alliance founder Neville Kay said up to 2.9m tonnes of topsoil was eroded every year. “Soil, together with air and water, is a fundamental pillar of all life. However, we have standards for air and water and none for soil quality. And this needs urgent correction.”

WWF executive director Tony Juniper said the government’s proposed land management scheme must achieve the right blend of regulations and incentives. He added: “Farmers who go above and beyond by greatly improving their soil health should be financially rewarded.”

A Defra spokesperson said: “We are taking vital steps to return our soils to good health by developing a new soil health index and introducing new environmental land management schemes through our Agricultural Bill, expected later this year.

“We want all soils to be sustainably managed by 2030 in order to safeguard biodiversity and future harvests for generations to come.”

Count worms to get handle on soil health

Farmers are being urged to survey their fields and record earthworm populations as an indicator of national soil health.

Rothamsted Research soil scientist Jackie Stroud is looking for 100 volunteer farmers with 60 minutes on their hands to survey their fields this spring and record earthworm populations, which she believes could provide a glimpse of the health of UK soils.

To unlock soil potential, better measurements are needed, explains Dr Stroud, whose work is supported by NERC’s soil security programme. “Decisions that are made above the ground influence the millions of earthworms that are engineering the soil ecosystem below the ground.”

Earthworms spend their entire lives eating, burrowing and breeding in soils, and are sensitive to pH, waterlogging, compaction, rotations, tillage and organic matter. “The key is knowing what you have to make it the best that it can be,” says Dr Stroud.

Introduced on 2 April, the “farming rules for water” apply from 2018. The rules will require land managers to undertake soil tests at least every five years and take reasonable precautions to prevent diffuse pollution from run-off or soil erosion.

This includes run-off and erosion from fertiliser and manure applications, cultivation practices and irrigation. Land within 5m of inland freshwaters and coastal waters must be protected from significant soil erosion by preventing poaching by livestock.