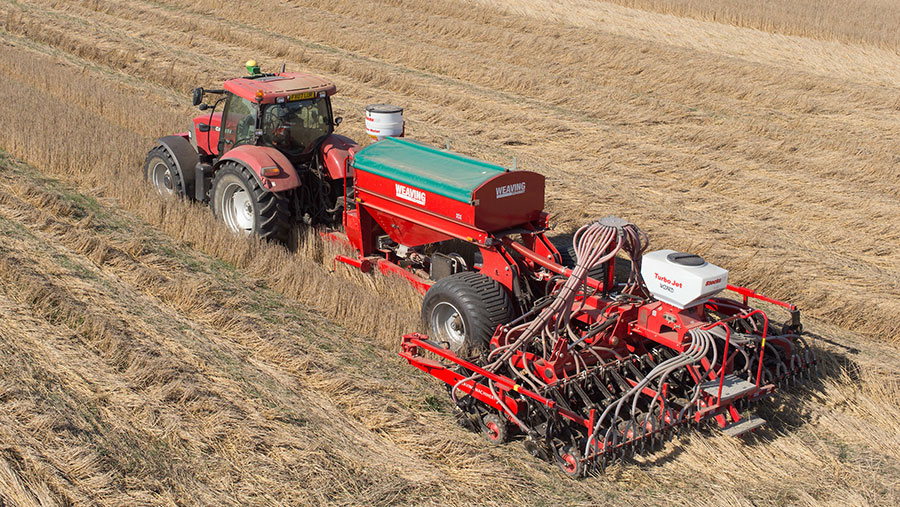 The government says it will support farmers who practice minimal or no-till cultivation after the UK leaves the EU.

Defra secretary Michael Gove made the announcement at a Prosperity UK event in London – although there are no details of what that support would entail.

The prosperity of the UK economy – and in particular the food economy – depended on a sustainable approach, particularly towards the landscape, he said.

“We have to move away from our current system, which lacks effective incentives for long-term-thinking, to one that promotes investment in our shared future, said Mr Gove.

“That will mean we pay farmers to improve the quality and fertility of their soil.

“That means we want to reverse the trends of the past which have led to compaction and run-off, and which have polluted our rivers and choked our fish.”

Supporting farmers who practice min or no-till cultivation would not only be better for rivers and watercourses, Mr Gove told listeners on Thursday (15 March).

“It will also help to control and reduced carbon emissions, it will reduce demand for chemical inputs and it will provide a richer habitat for insects and invertebrates,” he added.

Mr Gove’s comments come days after Defra was urged to explain how it would incentivise farmers to improve soil health – but details remain scant.

Defra minister George Eustice has previously pledged that soil will be “at the heart” of the government’s agricultural policy post Brexit.

Echoing earlier speeches, Mr Gove said it was important to provide better support for our farmers and land managers who maintain, restore, or create precious habitats for wildlife.

“The stewards of precious natural assets which Britain has a special role in conserving need improved support in the future,” he added.

The English Organic Forum (EOF) has written to Mr Gove arguing the UK lags behind its major European competitors in the development of organic food and farming.

The letter sets out why stronger support for organic farming would be a significant opportunity to deliver economic and environmental benefits.

“The UK needs to up its game and focus more on organic food and farming if it is to reach its ambition for a new agricultural policy that delivers public goods as well as economic benefits.

“We would like to have seen more focus on organic, with all its benefits, in the consultation proposals on future food and farming policy.”

Consumer demand for organic food and farming has seen record-breaking growth in the UK and globally, according to figures published by the forum.

The UK organic market is worth about £2.2bn in retail sales, having grown nearly 7% in 2017, according the Organic Trade Board, which is a forum member.

“Clearly we have some catching up to do just to satisfy growing consumer demand.”

Organic farming accounts for 3% of farmland under production in the UK but 6.7% across the EU as a whole and 15-20% in Italy, Sweden and Austria.

The EOF believes there is an opportunity for the UK to achieve a share of at least 10% of UK food and farming, given appropriate support.