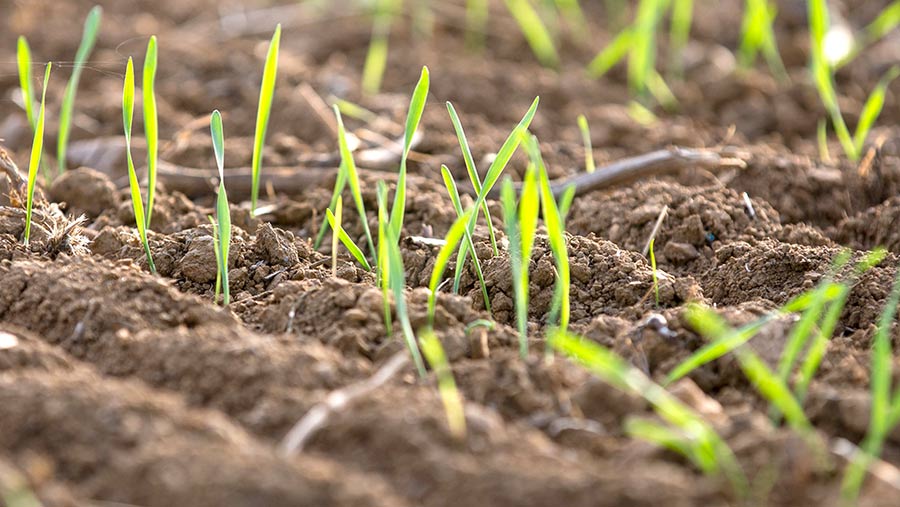 A Hampshire arable grower and a mixed farmer from Herefordshire were named as the joint winners of the 2022 Soil Farmer of the Year award after they both improved their soils while reducing expensive inputs.

Farm manager David Miller farms 700ha of chalky arable soils just south-west of Basingstoke and has been on a journey towards regenerative farming for 12 years, while on Billy Lewis’ 140ha family farm north-west of Hereford, livestock plays a key role in creating healthy soils.

Mr Miller focuses on cover, catch and companion crops and also no-tillage to improve his soils, while all areas of Mr Lewis’ arable and stock farm are grazed by livestock at least every there years.

Mr Miller started out on his regenerative journey 12 year ago with the introduction of cover crops, and has been farming no-tillage for the past seven years.

He is now focused on reducing inputs, with nitrogen use down 15% and fuel use cut by 40% in the past dozen years.

”The journey has been rocky, but we are now making progress, and fertiliser and fuel costs have been reduced,” he said at an awards presentation at Groundswell 2022 in Hertfordshire. 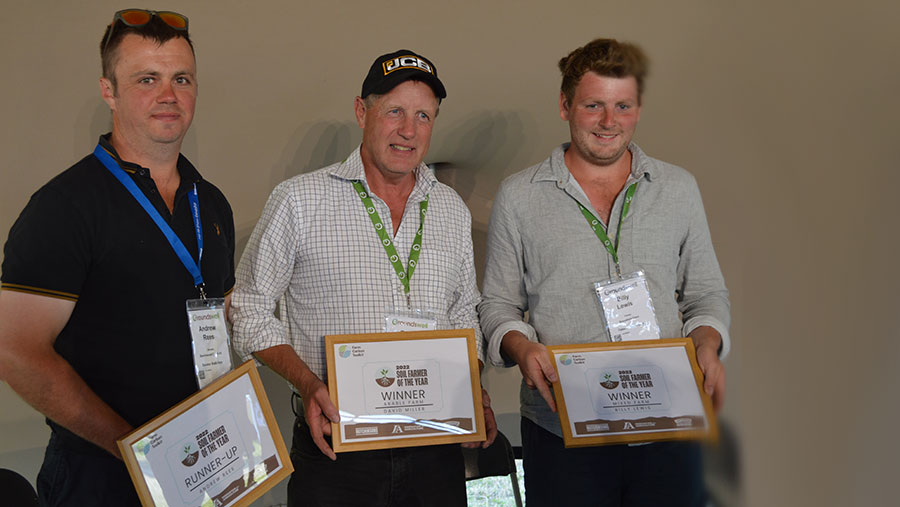 Mr Miller farms as the Wheatsheaf Farming Company for four different owners and he is the only full-time member of staff, as he brings in contractors and extra labour when needed throughout the year.

A wide range of combinable crops are grown, including spring and winter wheat, barley and beans, together with oilseed rape and spelt wheat.

He has not applied any phosphate and potash for eight years, with the soils indices still going up. One-third of the land is in spring cropping, so all this land grows cover crops.

Mr Miller is a previous Farmers Weekly Arable Farmer of the Year and is the AHDB’s current Strategic Farm South.

On Mr Lewis’ Boycefield Farm, near Dilwyn, half of the acreage is down to permanent pasture and the other half is in a grass ley-cereal rotation.

The introduction of herbal ley means that no nitrogen is used on the grazing area.

“The main goal is to drive down the use of fossil fuels and inputs, and reducing nitrogen fertiliser is top of the list.

We have halved the nitrogen on wheat in three years down to 60kg/ha, and will look to halve it again in the next three years,” he said.

The farm is stocked with 40 pedigree Hereford suckler cows and 300 Cheviot ewes.

All livestock are mob-grazed and all areas of the farm see hoofs every three years. In addition, about 500t of farmyard manure is composted before being spread every year.

On the arable side, wheat and oats are grown, with catch crops grown between two winter cereals.

The Soil Farmer of the Year runner-up was Andrew Rees, who farms in Pembrokeshire, with a dairy herd of 300 cows using herbal leys.

The award is organised by the Farm Carbon Toolkit and Innovation for Agriculture – a consortium of English agricultural societies – and is sponsored by agronomy group Hutchinsons and Cotswold Grass Seeds.

It is the seventh year of running the awards